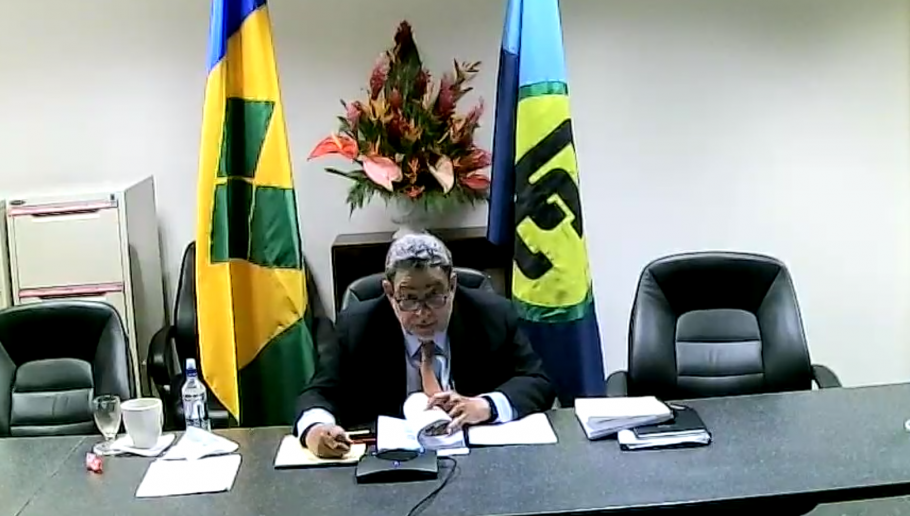 G20 Summit Declaration: We remain determined to support all developing and least developed countries as they face the intertwined health, economic, and social effects of COVID-19, recognising the specific challenges in Africa and small-island developing states.

Many of us remain fascinated by the ongoing crisis of democracy and governance which is taking place in the USA as COVID-19 is increasing there unchecked. President-elect Joe Biden has named his nominee for secretary of state, Anthony Blinken, a seasoned diplomat who previously served as deputy secretary of state under President Barack Obama.

The situation in the United Kingdom (UK) and the European Union (EU) is also of concern, as increasing COVID-19 cases have led to the tightening of restrictions. Canada, too, is experiencing increased cases. As I have pointed out before, this is all of importance to us in the Caribbean, as our economic recovery is linked to actions taken in these countries to address COVID-19 and their economic recovery.

The G20 Summit chaired by Saudi Arabia and held virtually, November 21-22, was watched with interest, and many things in the Summit Declaration sound optimistic, with emphasis on cooperation to address the intertwined health, economic and social effects of the virus.

Reading some international newspaper headlines, my interpretation is that although G20 leaders were committing to unite in addressing the pandemic and its economic impact, in reality real progress was limited, and gaps remained among the countries. The hope from this meeting is the commitment to cooperate and to address the specific challenges facing the least developed countries and small island economies.

The CARICOM countries, mainly small island economies, many dependent on tourism, are looking at a bleak Christmas and new year period. The economic woes in some countries are compounded by flooding from an unusually active hurricane season which has brought a very wet September into November, undermining infrastructure and agriculture. This while some countries are still recovering from previous hurricanes.

CARICOM Heads of Government held their 41st Regular Meeting virtually on October 29 and chaired by Dr the Hon Ralph Gonsalves, prime minister of St Vincent and Grenadines. Their focus was on COVID-19, its impact on the region and on its economic recovery and transformation. Reviewing the health situation, the heads recognised that reopening and recovery require a careful balance between reducing restrictive measures and ensuring adequate actions to reduce the virus’ spread. Of course, in some countries, such as Jamaica, community spread has been experienced.

The heads also acknowledged that COVID-19 had exacerbated the development challenges, including high deficits and debt already confronting the region, and agreed to the idea of a Caribbean Economic Recovery and Transformation Plan under the leadership of the prime minister of Barbados. The use of a Universal Vulnerability Index to determine eligibility for development assistance was also urged. It seems that this index needs to be fine-tuned and vigorously marketed.

In addition, the heads also agreed to prepare a joint tourism policy and, in this regard, they established a Prime Ministerial Subcommittee on Tourism to provide oversight for its preparation by December 31.

Reflecting on the outcome of the Intersessional Heads’ Meeting in February, I assume that these proposals have taken account of work which was already in progress in CARICOM, prior to the pandemic, to strengthen the region’s economies, and work in progress also to implement the UN Sustainable Development Goals (UNSDGs). Given the fragility of the ecosystems in the region, sustainable development is critical in all the productive sectors, including mining and lumber, and in promoting renewable energy alongside oil and natural gas.

This week, November 26-27, the CARICOM Council for Trade and Economic Development (COTED) will meet virtually at the ministerial level under the chairmanship of Guyana’s Foreign Minister, Hon Hugh Todd. At this session, also, ministers will be looking at the region’s response to the economic impact of COVID-19. I assume, picking up on the work mandated by CARICOM heads.

COTED has a critical role to play in the economic recovery and transformation, as it has direct responsibility for the implementation of the CARICOM Single Market and Economy (CSME), for other development and economic issues, and for external trade. As pointed out in previous articles, this includes agriculture and food security; trade in services, including information and communications technology (ICT); trade and environment; energy; and tourism.

In addition, CARICOM must be looking not only at its intra-regional trade, but also at its extra-regional trade. With respect to the latter, from the webinar hosted by the Sir Shridath Ramphal Centre at the UWI, Cave Hill campus on October 9 about whether CARICOM needs a new foreign trade strategy, the panel felt that such a strategy needed to be seriously considered. This should be part of the economic recovery discussions as external trade remains critical to CARICOM’s growth and development.

I want to be assured that the work in CARICOM on the economic recovery and transformation is benefiting from proper collaboration and coordination, and that proposals are being fully developed not only for action within the region, but for active presentation to groups, such as the G20, the G7, to bilateral partners and to global institutions. CARICOM’s economic situation is now so critical that it cannot afford further mistakes and missteps.

The Haitian people: sadly and badly in need of a champion

The Haitian people: sadly and badly in need of a champion
We Need Your Support — Donate, Share, Sign-Up Ways to Support