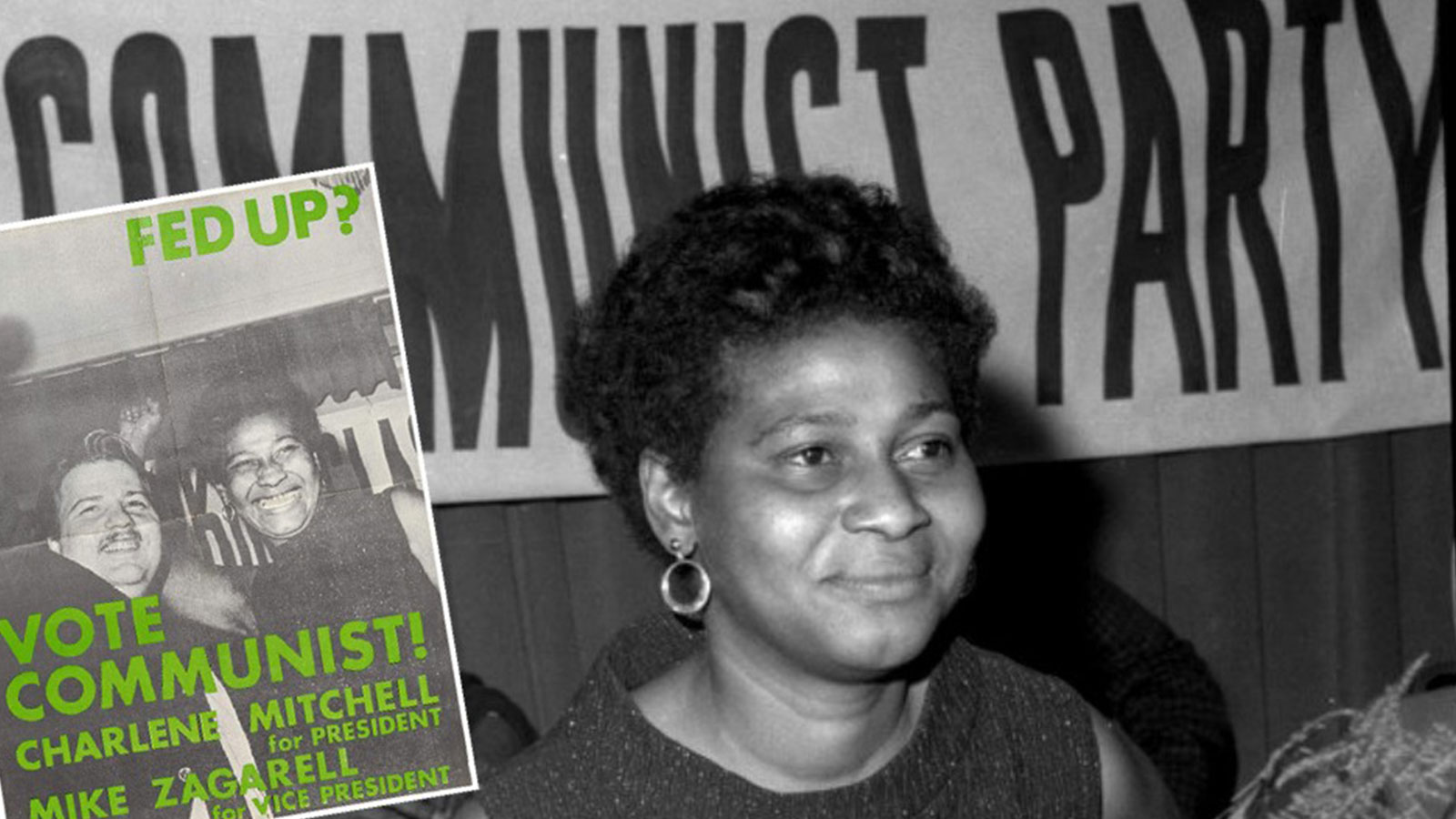 Charlene Mitchell, a freedom fighter of unimpeachable integrity, passes at 92

By Herb BoydDecember 20, 2022No Comments

Charlene (Alexander) Mitchell was a serious unwavering champion of the oppressed and marginalized, never flinching in her advocacy for civil and human rights. Many remember her fearless commitment to free Angela Davis and as a member of the U.S Communist Party. Her intrepid fight for justice will now be taken up by those who admired her will and determination. Mitchell died on December 14, at the Amsterdam Nursing Home in New York City, reportedly of natural causes. She was 92.

Still, there was much more to Mitchell and her political resolve for Angela Davis, and in a statement from Davis we gather some notion of her unimpeachable integrity and grit. “Having known Charlene Mitchell through political victories and defeats, through personal tragedies and triumphs, I can say with confidence that she is the person to whom I am most grateful for showing me a life path.

“What I have most appreciated over these years is her amazing ability to discover ethical connections between the political and the personal, the global and the local,” Davis continued. “I don’t think I have ever known someone as consistent in her values, as collective in her outlook on life, as firm in her trajectory as a freedom fighter.” 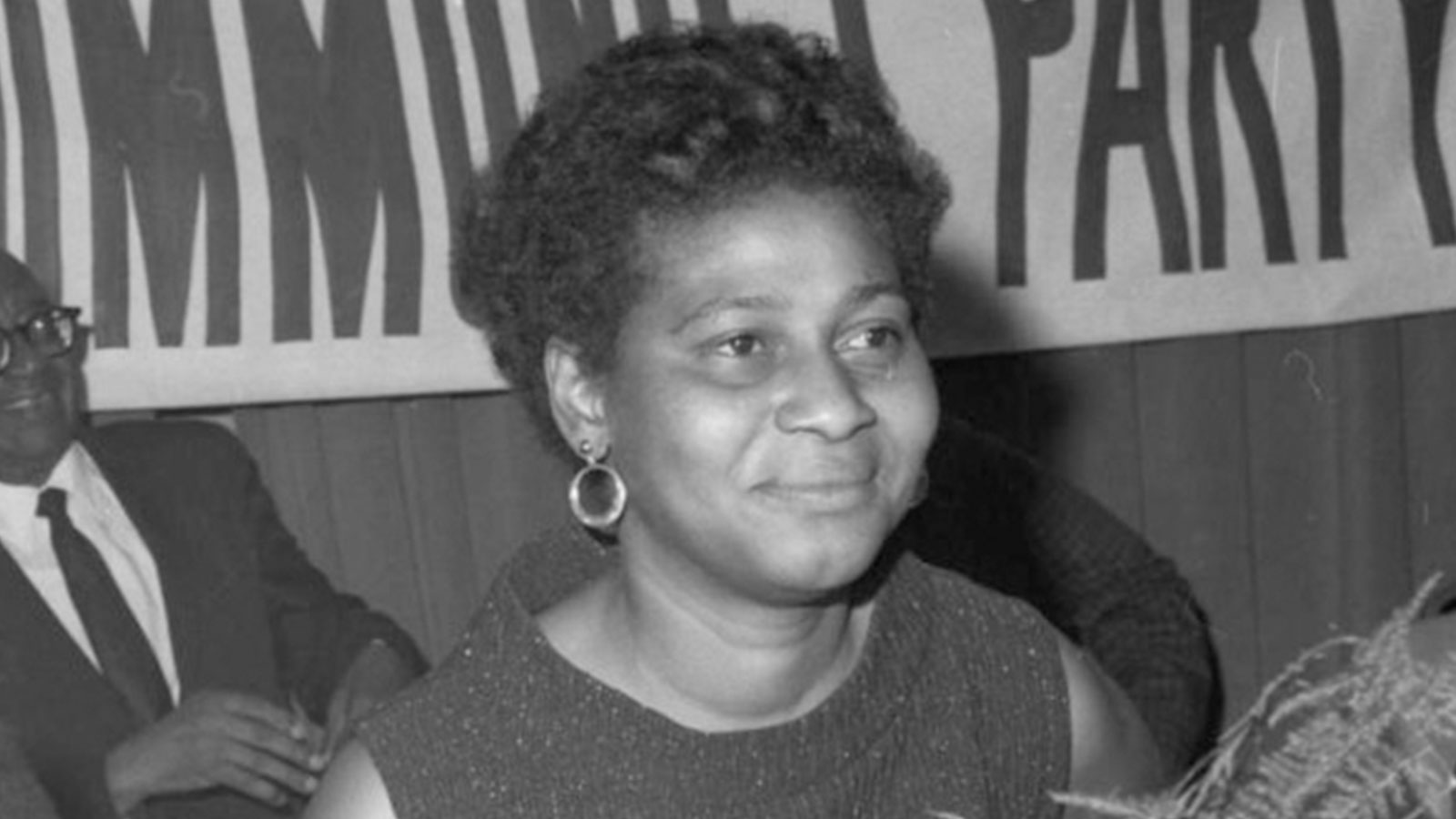 Born Charlene Alexander on June 8, 1930 in Cincinnati, Ohio, the second child of eight, her parents were Charles Alexander and Naomi Taylor.  Much like her working class activist parents, Charlene by her early teens was a member of anti-racist campaigns. She was sixteen and living in Chicago when she joined the Communist Party, USA. During an appearance on American Masters television program, she recounted how she met her idol Paul Robeson. Her organizing skills were quickly recognized by the Party and she was given leadership responsibilities, even as she raised her son, Steven, who was born in 1951, a year after her marriage to Bill Mitchell.

One of her most prominent positions was at the helm of the CPUSA branch in Los Angeles, widely known as the Che-Lumumba club, after the renowned revolutionaries, where she helped orchestrate a number of community activities in housing, police abuse, and civil rights.

In 1968, she became the first Black woman to run for president of the U.S. on the CP ticket, and at that time stated that she hoped anti-communist sentiments on voting laws “won’t prevent the American public from having a chance to engage with Communist Party USA policies.” In the campaign to free Angela Davis, Charlene was indefatigable, speaking at rallies and forums across the nation. She was equally vocal about other victims of racist and political repression, particularly in the fight to free Joan Little, who in 1975 was eventually acquitted on the charge of murdering a North Carolina prison guard who tried to rape her.  When the Wilmington Ten were wrongly convicted, Charlene was an indispensable leader in their fight for freedom.

The early nineties found Charlene just as energetic in causes as ever, and elected leader of the Committees of Correspondence for Democracy and Socialism. Her fight for justice was extensive and highly regarded internationally, especially in the anti-apartheid struggle. From this participation she later forged a relationship with Nelson Mandela.

Her reputation on the rampart was soon recognized by New York City’s Social Service Employees Union, Local 371, the progressive welfare workers’ DC 37 of AFSCME, where she was hired as special assistant to Charles Ensley, the union’s president.  In 1998, she was among a coterie of activists who endorsed the founding of the Black Radical Congress.

Though somewhat impaired by a stroke in 2007 that partially paralyzed and impeded her speech, she found ways to lend her spirit to the fight for freedom, justice and the total liberation of the oppressed. She is survived by her son, Steven Mitchell, and her brothers, Deacon Alexander and Mike Wolfson.