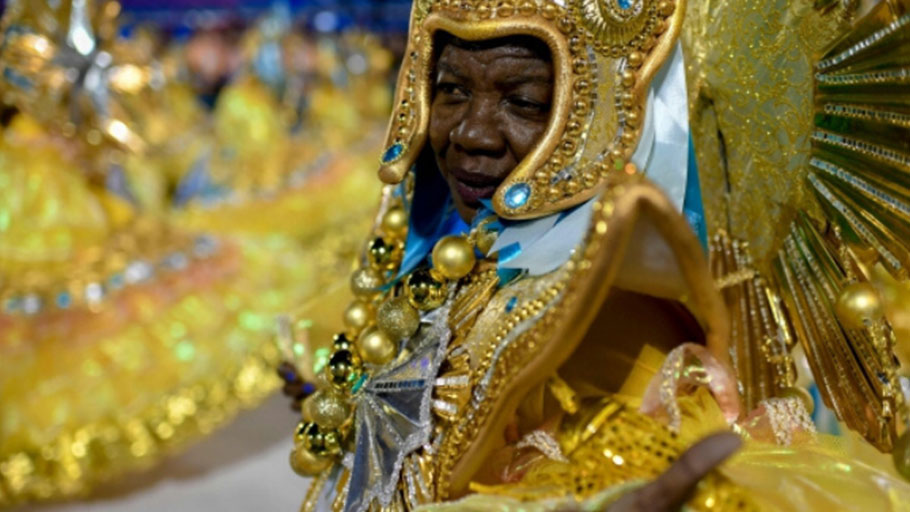 COVID-19 Is Leaving the World of Brazilian Samba in Mourning

You Are Here: Home » Blog » News & Current Affairs » COVID-19 Is Leaving the World of Brazilian Samba in Mourning

While the COVID-19 pandemic is wreaking havoc in Brazil where more than 9,000 deaths have been reported, the world of samba, one of the richest cultural expressions in the country, has also lost several key personalities due to the virus.

Alvaro Silva, a crucial member of the local samba school, Portela, in Madureira, a working-class neighborhood considered Rio’s “cradle of samba,” died on April 19, after catching the coronavirus from a neighbor.

“We were two peas in a pod,” remembered Conceição, 56, a fellow carnival fanatic. “All I have now is Portela,” she told The Guardian with great sadness.

In the state of Rio de Janeiro, more than 1,400 people have died, many of them cherished figures from samba schools such as Portela and Mocidade Independente de Padre Miguel, which has been robbed of six members.

Mocidade’s most recent loss was Edinho Cohab, a baker-cum-composer from Padre Miguel, a blue-collar area in west Rio, who leaves a wife and two daughters.

“He was a good composer, a great friend, someone respected. Everyone loved him,” said Domenil Santos, the 78-year-old president of the school’s composers section.

Santos said his friend had spent 17 days in hospital “fighting bravely against this damn virus – and now, as we cry for his loss, we’re praying for another companheiro too.”

Tânio Mendonca, a 52-year-old composer, is in critical condition after also falling ill. “I’m afraid even to look at the messages on my phone because of all these deaths,” Santos said.

Meanwhile, a group of more than 80 composers carries out daily prayer sessions for their comrades, each in their own home. “We’re a family. Each of those who die is a brother,” Santos highlighted. 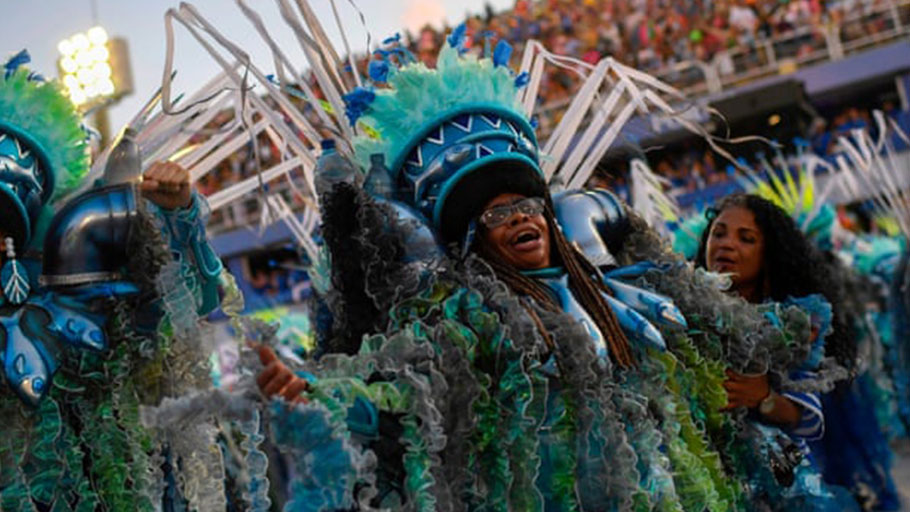 A member of the Portela samba school performs during the first night of Rio’s carnival parade at the Sambadrome Marquês de Sapucaí. Source: AFP

Grande Rio, another top school, is mourning one of its directors, 42-year-old Marcos Diniz.

“His wife was pregnant with their second child. My God, what a tragedy,” said Jeferson Guimarães, a friend and fellow musician.

The losses mount. Estácio de Sá, which was founded in 1928 and is one of Rio’s oldest schools, was recently robbed of two veteran female members in just 24 hours. Lenita Nascimento, 77, and Virginia Quintas, 64, died from the impact of the virus.

The suffering of Rio’s sambistas speaks to how COVID-19 – which initially affected Brazil’s rich – is now ravaging working-class districts and favelas, where many samba schools are based and where death rates are far higher.

In some of Rio’s glamorous beachside neighborhoods, where many have access to private hospitals, the percentage of those who die after being infected is around 6.5%. In comparison, in poorer western districts, it is over 20%. In Rio’s largest favela, Rocinha, 30 of the 84 people infected have lost their lives while in Gávea, the wealthy neighborhood next door, two out of 48 patients have died, according to the NGO Voz das Comunidades. 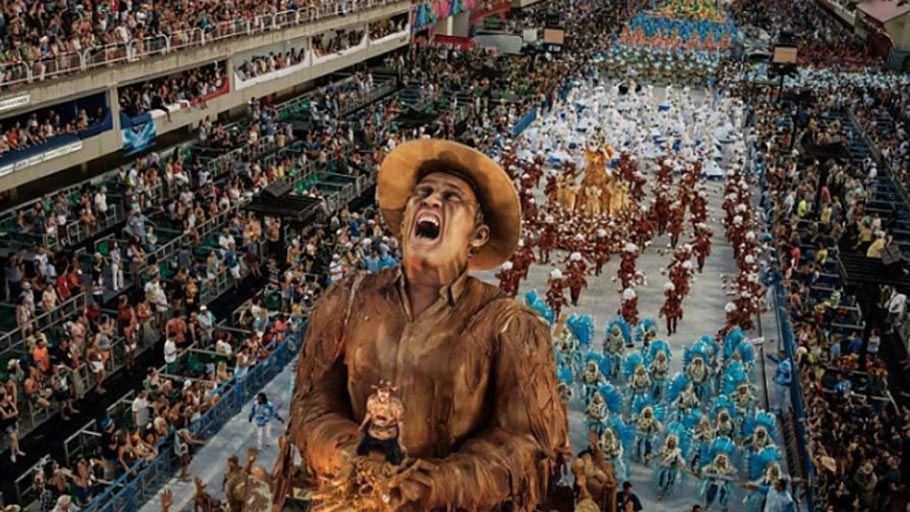 Revellers of the Portela Samba School, the champion of the 2017 Rio Carnival, perform in the Champions’ Parade at the Sambadrome in Rio, Brazil, on March 5, 2017. Source: AFP

On the other hand, the members of Rio’s carnival community are also fretting over the future, wondering whether next year’s carnival will need canceling – and what the economic impact of that would be on their low-income communities.

Each of the 12 samba schools in Rio’s top division employs about 300 people – thousands of jobs in total – without considering the other 69 samba schools that do not compete in the elite group.

Carnival costume-makers at each of the league’s schools have turned their hands to producing thousands of face masks that are being distributed with food parcels to some of Rio’s most deprived residents.

The world of samba, one of the most important cultural legacies of Brazil, is in mourning, and 2020 will definitely be remembered as one of the most disastrous in the country’s history.

One of Brazil’s best-loved sambas – “Na cadência do samba” – ponders the aspiration of every Rio musician: dying during a foot-stomping jam session. COVID-19 has wrecked those dreams.