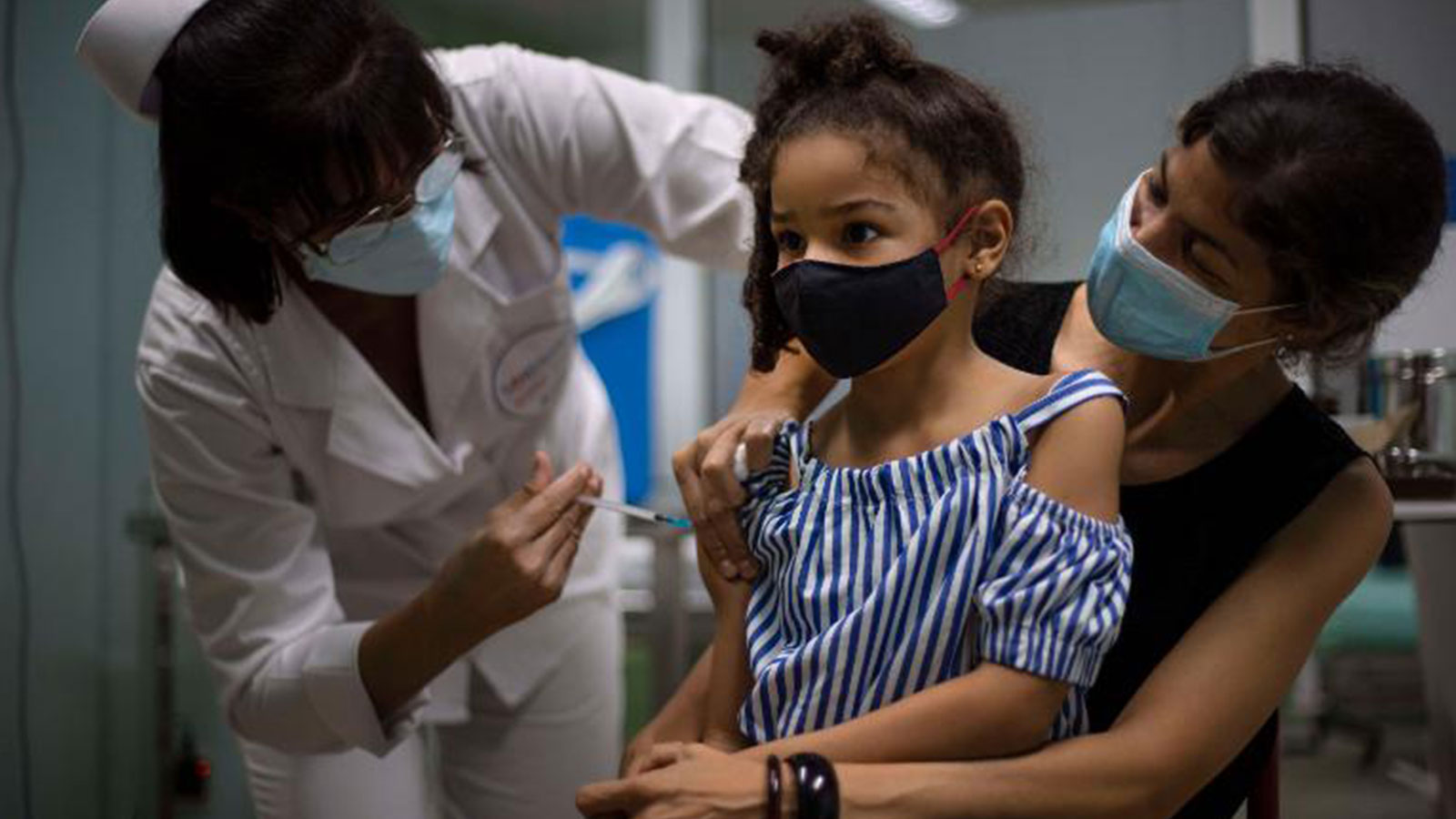 Cuba begins vaccinating children as young as two for Covid-19

The Cuban government has begun to vaccinate children as young as two years old for COVID-19, the island’s state media reported, in a bid to get kids back into classrooms.

While other countries have said they will eventually vaccinate children, Cuba is believed to be the first to give Covid-19 vaccines to toddlers. In September, it declared that its homegrown vaccines were safe to give to young children.

Throughout the pandemic, most in-person classes have been suspended on the island. Instead of going to school, children watch educational programming on television for hours each day. Home internet remains a rarity in the communist-run nation.

Cuba has largely focused on developing its own vaccines, rather than depend on other countries for the medications. Local scientists say the Cuban-made vaccines are safe and effective, but so far have provided little data to outside observers. The government has said it will seek WHO approval for its vaccines.

To date, according to the Cuban Health Ministry, over four million people have been fully vaccinated. The government has not said how many children have been vaccinated but said a pediatric vaccination campaign began this week in the province of Cienfuegos, where the healthcare system has faced dire shortages with a steep increase in new cases and deaths.

The Cuban government also said it hoped to vaccinate over 90 percent of the population of 11.2 million people before reopening international borders in mid-November.

Initially the government said it would focus on vaccinating health care workers, the elderly and the hardest hit areas. But following a spike in infections of children believed to be caused by the Delta variant, the government announced it would also prioritize vaccinating young children.

“With the rise in positive cases of Covid-19 in children, its necessary that the family protects itself more and so we are protecting our children and adolescents,” said the island’s chief epidemiologist Dr. Francisco Duran Garcia.

To date, Cuba has recorded 6,056 deaths to the coronavirus but officials recently admitted the toll could be far higher.