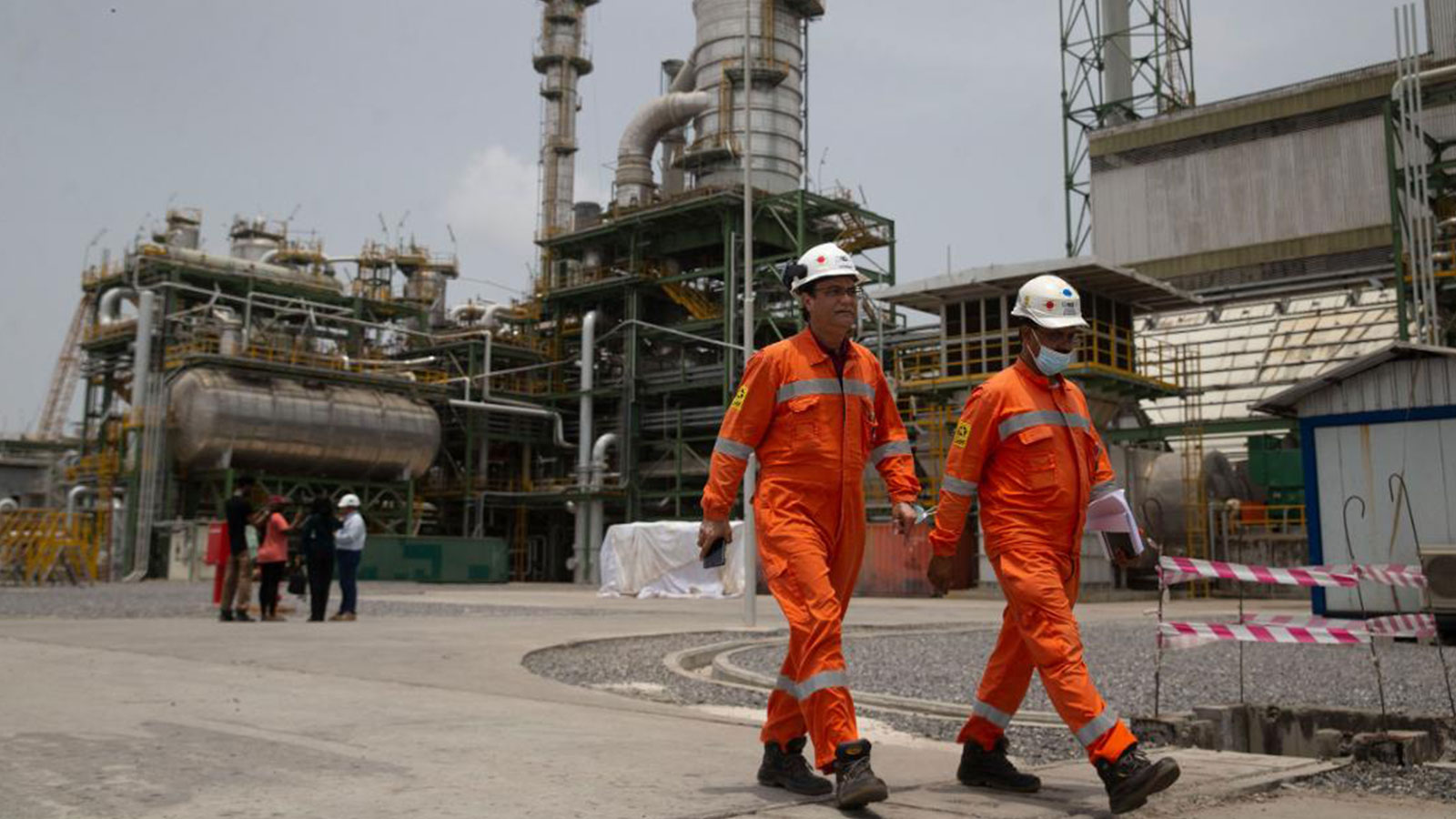 The $2.5 billion urea and ammonia fertilizer plant was commissioned by Nigeria’s President Muhammadu Buhari in Lagos, where Dangote is also due to open a 650,000 barrels per day oil refinery, later this year.

Dangote told CNN Tuesday that the urea market had “gone through the roof.”

“People are begging us to sell,” he said.

“We are very choosy who we sell this product to. We are loading a ship going to US, Brazil, Mexico, India… The EU are trying to buy from us,” he added.

The fertilizer factory sits on 500 hectares (1,235 acres) of land on the outskirts of Lagos and has a capacity to produce 3 million metric tons of urea yearly, making it the second largest plant in the world, Dangote said.

Its launch comes at a critical time. The war in Ukraine has driven up prices and caused global food shortages. Russia and Ukraine are major suppliers of urea, potash and phosphate, key components of fertilizers. The countries are also major global suppliers of wheat and other grains.

Urea and ammonia are essential ingredients for farmers to meet production targets and access to fertilizer has been reduced significantly, threatening the global food supply chain.

“We are lucky to have this plant,” Dangote added. “It is coming at the right time with the Ukraine-Russia conflict as both Ukraine and Russia control substantial amounts of agricultural inputs …This can help a lot of African countries. The export market is a seller’s market.”

The number of people on the edge of famine has jumped to 44 million from 27 million in 2019, the UN’s World Food Programme said this month. Parts of Africa could be plunged into hunger in as little as three months if Russia’s war in Ukraine drags on, says Wandile Sihlobo, chief economist of the Agricultural Business Chamber of South Africa.

“In the short term, between now and three months, the conflict will affect food supply primarily from a pricing perspective,” Sihlobo told CNN.

Nigeria has been trying to diversify its economy away from oil for some time and Dangote believes that the plant could earn the country $5 billion in export revenue each year.

“This is a very huge impact. It is very significant for Nigeria’s economy,” Dangote told CNN.

Central Bank Governor Godwin Emefiele said reducing fertilizer imports was a key pillar in Buhari’s diversification agenda, taking the country from being a net importer of the commodity to self-sufficiency.

“Indeed, during the past five years, over 35 million bags of blended fertilizer has been produced in Nigeria. Consequently, our import bill on fertilizer has not only declined significantly but we are also witnessing rising investment in the fertilizer industry, such as the one being commissioned today by the Dangote Group,” he said during a speech at the inauguration of the plant.

“Today, Nigeria is self-sufficient in the production of urea, and we are also the leading producer of urea in the African continent.

Speaking at the event, Buhari said the plant would help Nigeria end dependency on food imports.

“The plant is creating huge opportunities in the area of job creation, warehousing, transport and logistics. This will create significant wealth, reduce poverty, and help in securing the future of our nation.”

The Dangote Group is second largest employer in Nigeria after the federal government.