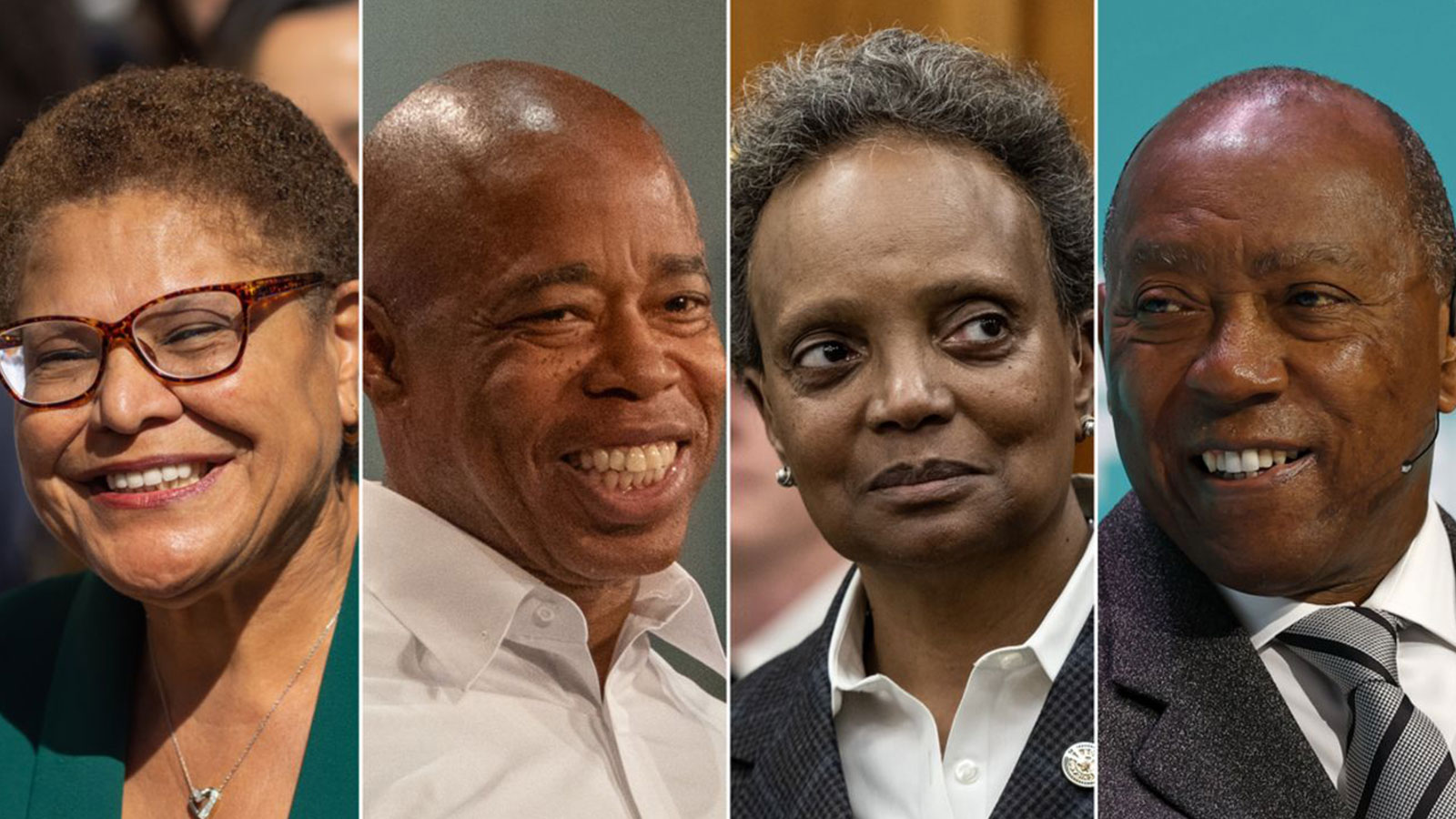 Four largest cities in America will be led by Black mayors

You Are Here: Home » Blog » News & Current Affairs » Four largest cities in America will be led by Black mayors

When Rep. Karen Bass is sworn in as Los Angeles mayor next month, Black people will be leading the four largest cities in America.

When Rep. Karen Bass is sworn in as Los Angeles mayor next month, Black people will be leading the four largest cities in America.

“As Black mayors continue to win elections this cycle, we are excited that, for the first time, the four largest cities – New York City, Los Angeles, Chicago & Houston – are each led by an African American mayor,” the African American Mayors Association said on Thursday.

Bass, a six-term congresswoman who represents south and west Los Angeles, will be Los Angeles’ first female mayor. She will be sworn in on December 12.

New York City Mayor Eric Adams, a retired New York Police Department captain, took his oath earlier this year. Chicago Mayor Lori Lightfoot was elected in 2019 and is currently running for reelection. Houston Mayor Sylvester Turner has been in office since 2016 and his current term concludes at the end of next year.

The four of them are members of the Democratic party.

Phyllis Dickerson, CEO of the African American Mayors Association, said Black mayors bring a different perspective to public office and can identify not only problems they have experienced, like the need for public housing and food insecurities, but solutions to those issues. She believes having the four cities led by Black people will have a positive impact locally and nationally.

“When you have the top four cities at the table, with the administration, I think that the conversation is definitely going to land where it needs to be,” Dickerson said.

There are seven Black women serving as mayors of the nation’s largest 100 cities, according to the Center for American Women and Politics (CAWP) at Rutgers University, which tracks the progress of Black and other women of color in elected office.

But that number will reach nine with Bass and Pamela Goynes-Brown, who was elected mayor of North Las Vegas.

There has been a wave of Black women running for office in all levels of government in recent years. There were 145 Black women who filed or indicated that they were running for Congress in the midterm election, CAWP told CNN – a record after 130 Black women filed to run in the 2020 election.

“Today’s long-awaited election results reaffirm the notion that when given the opportunity, Black women have the ability and power to lead,” Glynda Carr, president of the group, said in a statement.

Carr said Bass’ win was among many wins to be celebrated but more are needed. A Black woman has never been elected as governor, and it’s a role that holds incredible power, she said.

“If Americans truly want to see advancements in progressive policy and diverse representation in our government, we have to invest in Black women running in gubernatorial races, but investing doesn’t just mean money. We have to invest our time, energy and talents if we want to get Black women candidates across the finish line,” she told CNN.