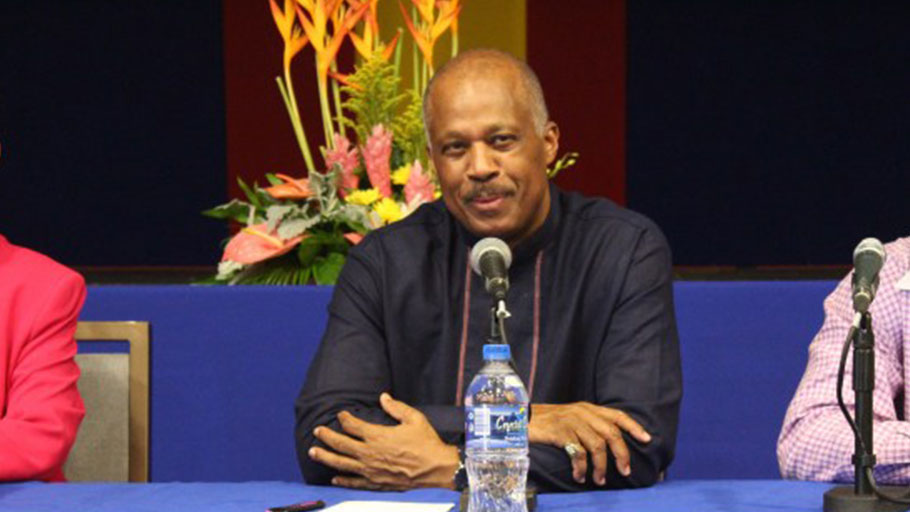 At a press conference in Saint Lucia last October, Sir Hilary Beckles, Vice Chancellor of the University of the West Indies (UWI), revealed that the government of Antigua and Barbuda had agreed to work with the University in the hope of establishing a landed campus in the country. The University currently operates landed campuses in Mona, Jamaica; Cave Hill, Barbados; and St. Augustine, Trinidad, with the majority of students originating in these countries.

Over the years, OECS member countries have continually accounted for the smallest number of students at the UWI. According to the annually released Vice Chancellor’s Report, total enrolment figures for the years 2014-2018 were 52,031, 49,064, 49,092, 49,162 and 48,525. The OECS contributed 2.7%, 7.4%, 8.3%, 8.6% and 8.5%, respectively. Sir Beckles said the UWI has remained dissatisfied with the level of contribution by the OECS to the development of the higher education sector and professional training.

“The OECS registers the lowest rates of youth tertiary education enrolment in the entire Caribbean, and indeed in the hemisphere,” he said. “This unacceptable circumstance is reflected in some of the highest youth unemployment rates in the Caribbean. Together they constitute a real threat to sustained development in the sub-region. The UWI family, long concerned about this reality in the OECS family, welcomes this glorious moment that provides it with an opportunity for corrective action.”

Sir Beckles explained that in 2017 the Council of the UWI received a presentation from the Antiguan government calling for the establishment of the campus “to promote national and sub-regional economic and social development”. The Council then established a task force and conducted a feasibility study under the chairmanship of professors Alan Cobley and Denzil Williams.

The campus will admit its first cohort of some 800 students this September. These students are currently enrolled in UWI programmes at the Antigua State College. “Like its sister campuses at Mona, St. Augustine, Cave Hill and the Open Campus,” said Beckles, “the Five Islands Campus will begin in a modest fashion and will no doubt rise to magnificent heights in the years to come. It’s a future to be crafted by us all. In this regard, we urge the region to embrace this youngest sibling of the UWI, in much the same way that you have developed and celebrated sister campuses.”

Beckles said administration of the Five Islands Campus will be put in place in the next two months and the school will begin with desperately needed programmes in the areas of teacher training, nursing and hospitality. At last year’s press conference Beckles revealed that UWI had, for 20 years, been trying to persuade successive Saint Lucian governments to let it develop the Sir Arthur Lewis Community College into a university college. After failed talks, he said, the Antiguan government stepped up and agreed to work with the UWI. Education Minister Dr. Gale Rigobert has promised discussions with the UWI will continue.

What is Your 4th of July to Me? — Vantage Point Radio with Dr. Ron Daniels

What is Your 4th of July to Me? — Vantage Point Radio with Dr. Ron Daniels
We Need Your Support — Donate, Share, Sign-Up Ways to Support