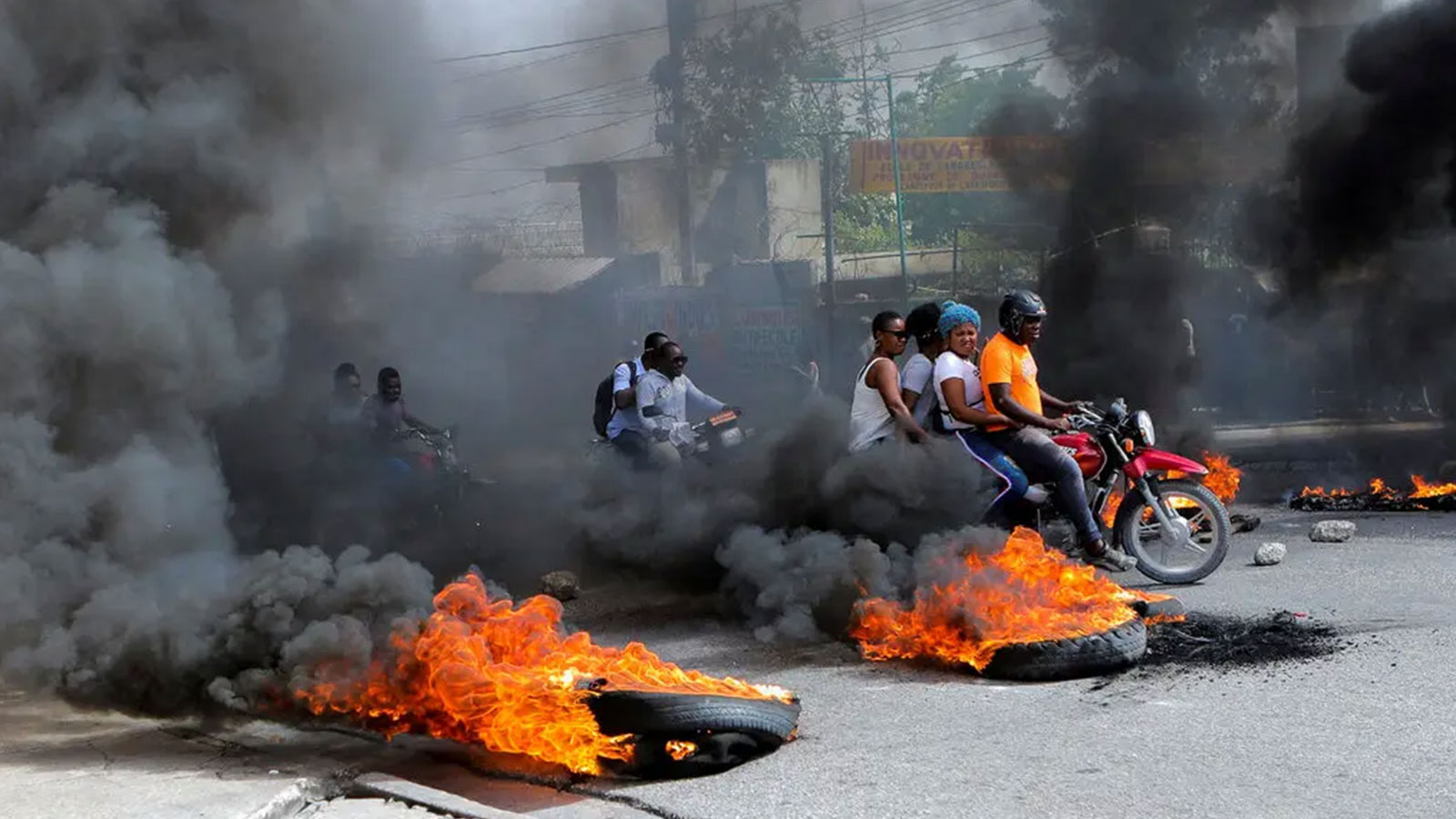 Gangs advance on the seat of Haitian government power: ‘Haitians are hostages’

You Are Here: Home » Blog » News & Current Affairs » Gangs advance on the seat of Haitian government power: ‘Haitians are hostages’

Over 470 people have been killed, injured or are missing in recent violence, according to the U.N., as gangs expand their control and threaten the presidential palace.

By Maria Abi-Habib and Andre Paultre, The New York Times —

Gangs are increasing their chokehold on Haiti’s capital, using bulldozers to raze entire neighborhoods, overwhelming poorly armed police and taking their violence to within blocks of the seat of government.

While Haitians have endured relentless bloodshed and tragedy for years, the escalation of lawlessness in recent weeks and the government’s inability to exert control has terrified the nation.

In just a nine-day period in July, more than 470 people were killed, injured or missing as a result of gang warfare in Cité Soleil, the country’s largest slum, according to the United Nations.
Government agencies and ministries have urged employees to stay home as gangs expand their territory and are now close to the presidential palace, the interior ministry, the central bank and the national penitentiary, where hungry prisoners are threatening to riot, officials warn.

In Cité Soleil, home to about 300,000 people, gangs fighting for control are using bulldozers to topple homes, gang-rape women and girls, and kill at random, according to interviews with residents.

One woman, Wislande Pierre, said she lost nearly everything during a single day, one of over 3,000 people who fled Cité Soleil in July, according to the U.N. The gang clashes started in Ms. Pierre’s neighborhood before spreading to downtown Port-au-Prince, the capital. 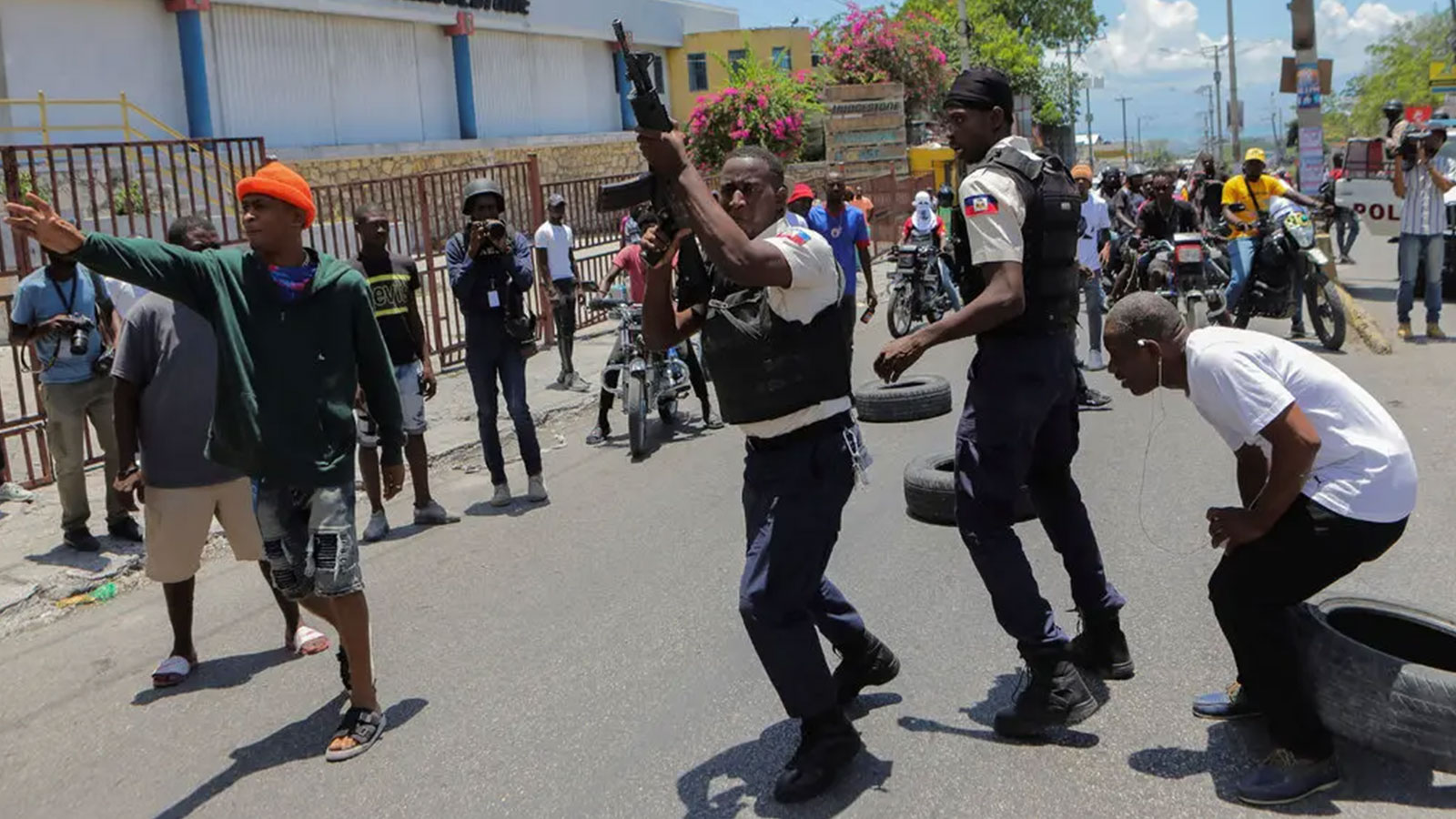 Ms. Pierre was home at about 5 a.m. when she said she was awakened by someone shouting, “Leave this place! You are all going to die! They are coming!”

The distant sound of metal crunching under metal, gun shots and the roar of flames quickly followed. Ms. Pierre threw what she could into a backpack and fled as three bulldozers ripped through and obliterated her neighborhood and gang members set fire to what remained, details backed up in interviews with others who escaped and video footage.

But Ms. Pierre’s sister Jona was not as lucky. Jona had left her one-month-old infant daughter on her bed early that morning as she emptied the family’s chamber pots on a nearby beach. Her husband was at work. Like many in Cité Soleil, Jona lives in a house made of metal sheets with no running water, the family relieving themselves in buckets. For two days, Jona took shelter on the beach, in anguish over the fate of her child, but unable to return home while the gang warfare raged on. Eventually, the fighting subsided and Jona rushed back, her hopes sinking as she passed flattened houses. Hers, miraculously, was left standing. But there her daughter lay on the bed where Jona had left her, the baby’s small body riddled with seven bullets, the metal sheet walls of her home offering no resistance to the gangs’ ammunition. By that time, the fighting had migrated to a nearby cemetery. Unable to give her daughter a dignified burial, Jona placed the body in an empty box of crackers, went down to the shores of Cité Soleil and buried her in the sand. “We are still alive, but I cannot say we are alive,” said Ms. Pierre, Jona’s sister. “If this is life, what is hell?”

One gang, the G-9 Family and Allies run by a former policeman named Jimmy Chérizier, who is known as Barbecue, has gained control of more territory in Cité Soleil, wresting it away from a rival gang, the G-pèp. 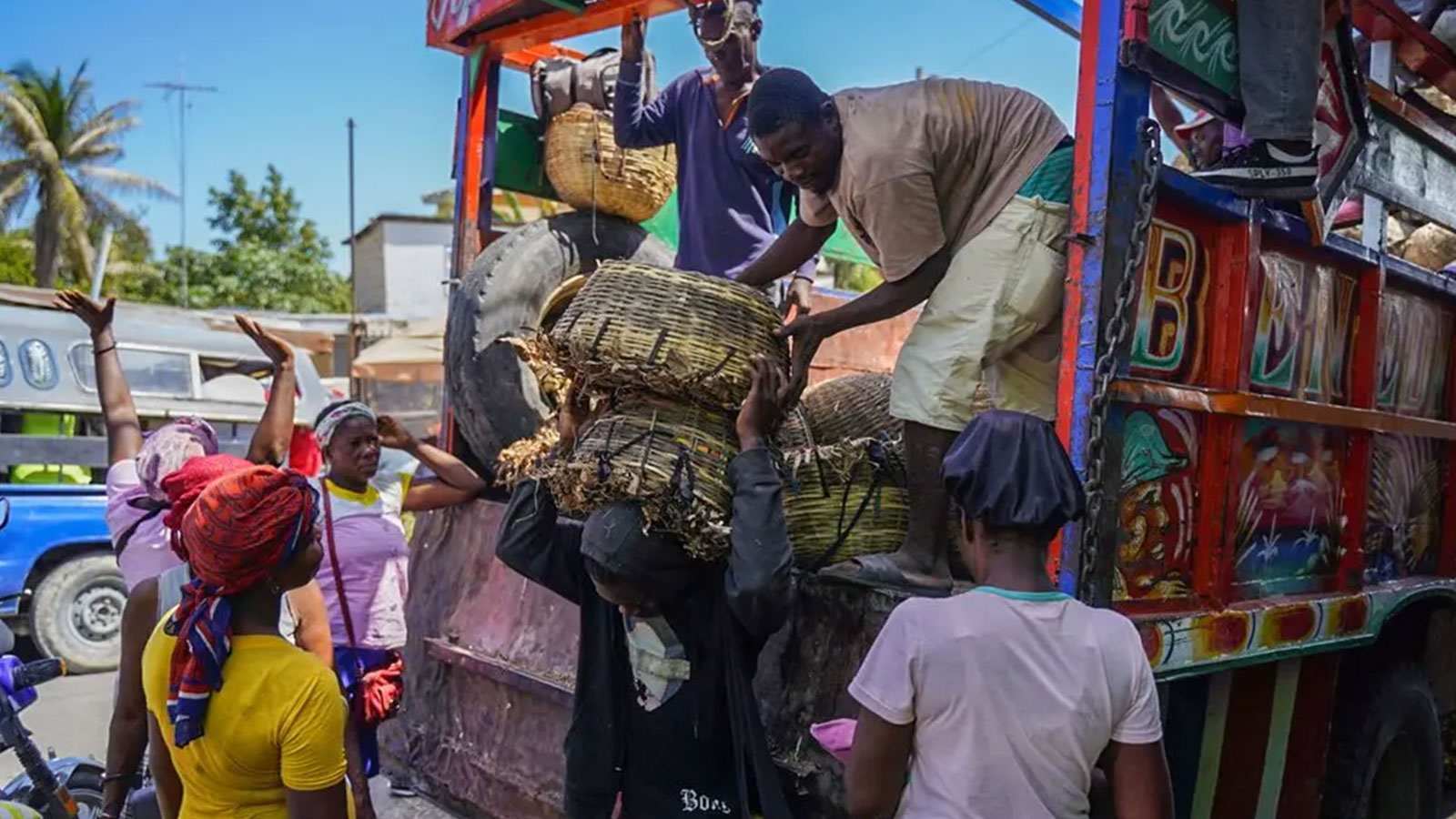 Unloading a truck in Port-au-Prince, where gang violence has made it more difficult for residents to get basic goods. (Richard Pierrin/Agence France-Presse — Getty Images)

In many ways, Mr. Chérizier embodies the reasons Haiti is where it is today: the country’s political and business elites have supported competing gangs to achieve their own objectives, whittling away at any semblance of a functioning nation.

Mr. Chérizier is believed to be supported by political figures seeking to suppress protests or to force the people to vote a certain way. Haiti’s big business families pay off his gang to advance their economic interests, including safe passage of their goods, which dock at Port-au-Prince’s ports.

The ports are on the edge of Cité Soleil and since Haiti imports most of its food, fuel and other necessities, G-9 can effectively hold the entire country hostage by preventing goods that arrive at the port from being distributed by trucks.

The use of gangs by Haiti’s political power brokers is not new. It was a tool made popular by President Jean-Bertrand Aristide during his second term, which started in 2001. Then, gangs were used mostly to suppress a rebellion against Mr. Aristide’s rule that unfolded across Haiti.

Wislande Pierre grew up in Cité Soleil and remembers what life was like when the first gangs emerged. As a young girl, she could go out to buy ice cream, go to school, play in the streets until dark. The gangs would warn residents if they needed to operate in their neighborhood, even urging the principal of her school to evacuate students and providing them safe passage home. 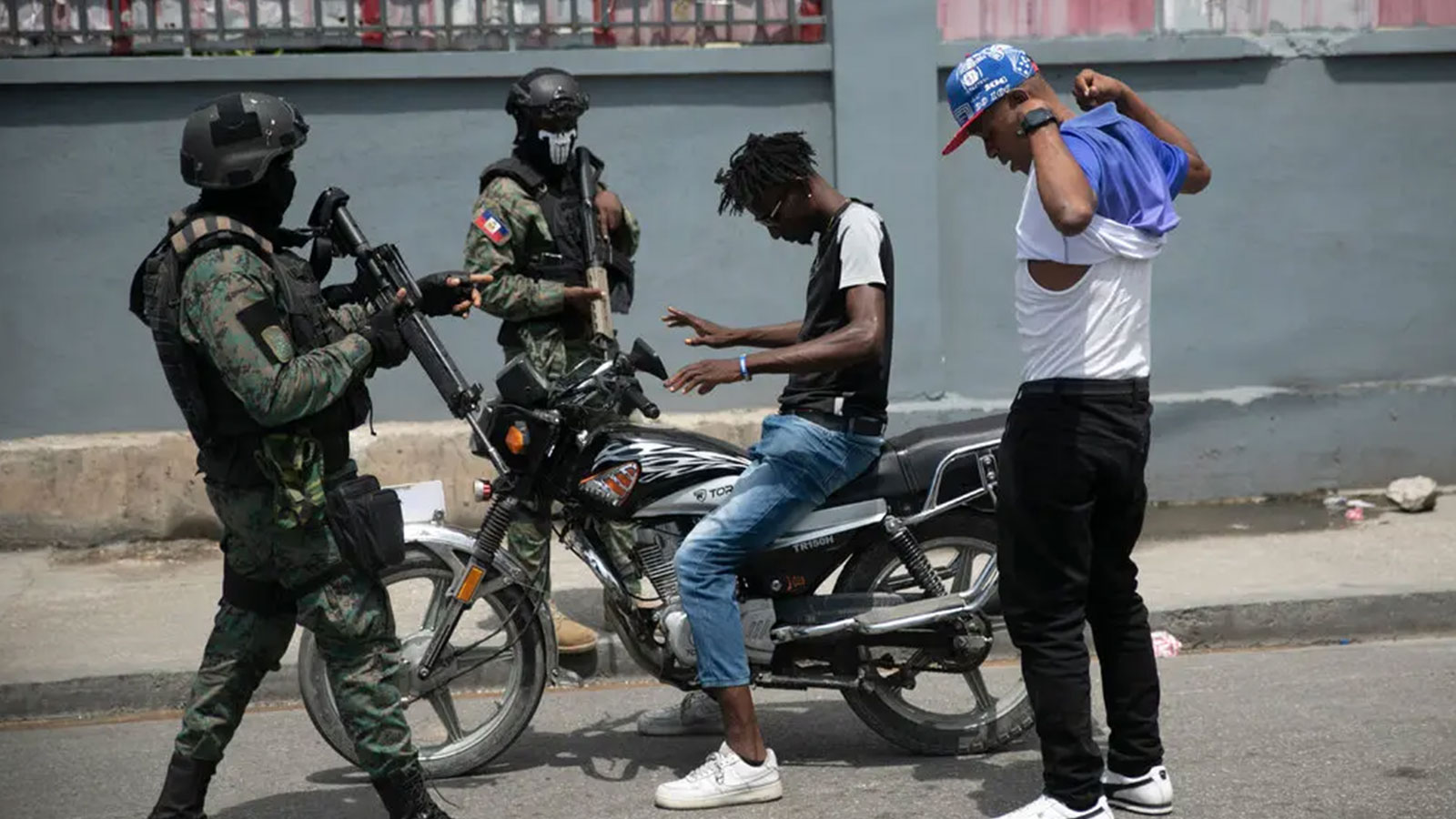 “Now the bandits don’t care, they will just open fire and shoot at you,” Ms. Pierre said, an assessment shared by two other residents of Cité Soleil who were interviewed after they fled. “It doesn’t matter who you are or what you’re doing.”

After Mr. Aristide fled Haiti in 2004 amid spiraling chaos, a U.N. peacekeeping mission was established that would patrol Cité Soleil, keeping gangs in check.

But over the years, the peacekeeping mission’s resources dwindled and it became embroiled in scandals, including a deadly cholera outbreak and widespread sexual misconduct that tainted peacekeepers before their mandate expired in 2019.

Since then, gangs have been on the rise as their political and business patrons strengthen their support to jockey for power, according to several Western diplomats and Haitian officials. Gangs smuggle in large quantities of weapons and ammunition through the country’s seaports, shipments facilitated by government officials.

“During Aristide’s time, the gangs were not everywhere, they weren’t well equipped, they couldn’t confront the police, they didn’t go about kidnapping anyone they saw,” said Pierre Espérance, the executive director of the National Human Rights Defense Network, a Haitian organization that has testified before the United States Congress about the deteriorating situation. “They existed to keep Aristide in power.” 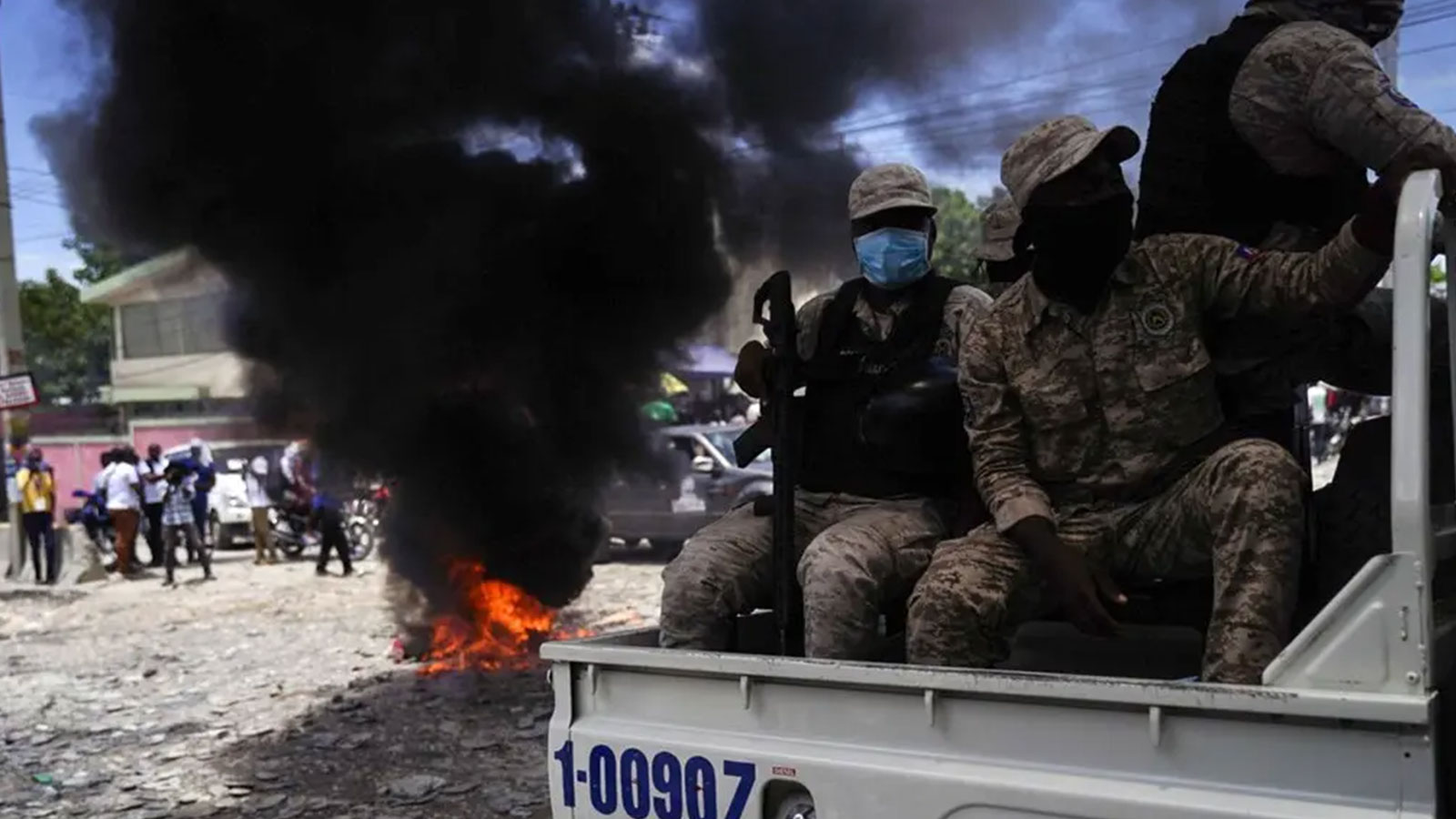 Haitian police passed a burning barricade set up by protesters. The police are often overwhelmed by gangs who have access to more powerful weapons. (Richard Pierrin/Agence France-Presse — Getty Images)

“Today, there is a total gangsterization of the country,” Mr. Espérance added. “Haiti’s big families are supporting the gangs to get what they want. They don’t want a stable situation, accountability or the ability of citizens to organize against them. Haitians are hostages.”

Because of human rights violations, the Haitian police are prevented from directly receiving arms and ammunition from the United States government.

Gangs, on the other hand, receive a steady flow of illegal weapons. State Department officials admit that the Haitian police are outgunned, their weapons often much older than the high-caliber weapons widely used by gangs.

The gangs have now become virtually impossible to contain. Over the spring, gang battles in some parts of the capital left some 100 people dead and created 16,000 refugees as Haitians fled the violence, according to the U.N.

After increasing its control over Cité Soleil, Mr. Chérizier’s G-9 gang set its sights on downtown Port-au-Prince on July 24, engaging in fierce gun battles with Haiti’s police, often overpowering them. 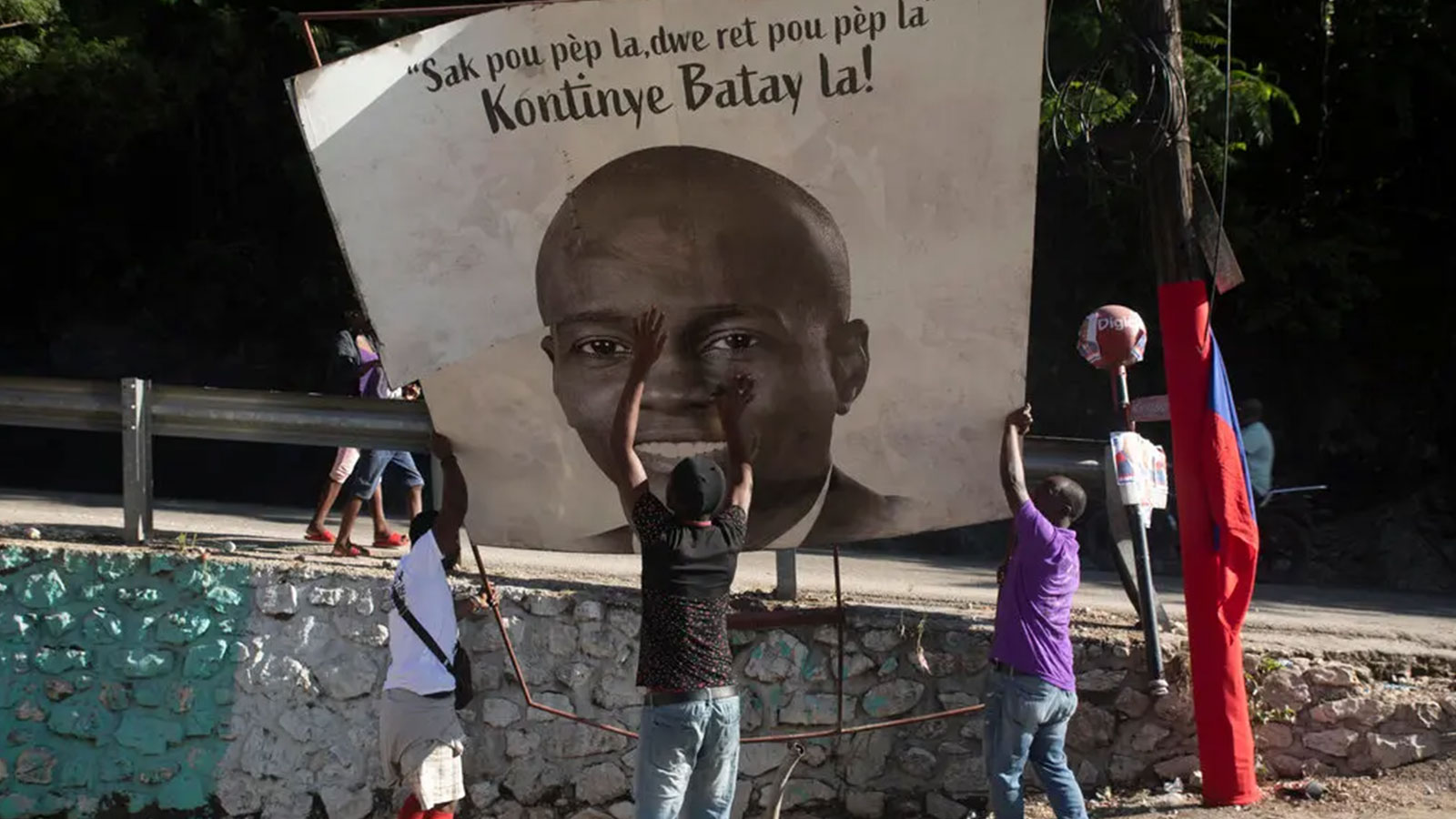 A poster in support of Jovenel Moïse, the former president of Haiti, who was assassinated last July. (Odelyn Joseph/Associated Press)

The gang is now near a downtown area that includes the presidential palace, the ministry of interior, the national penitentiary, the central bank and other important state infrastructure.

The national penitentiary — overcrowded and struggling to feed its prisoners — houses several of Haiti’s most dangerous criminals, including gang leaders and some of the suspects involved in the murder of the Haitian president, Jovenel Moïse, last year.

“Young people, women and men have been armed by political and private sector entities as the government turns a blind eye or are complicit at some of the highest official levels,” said Fritz Alphonse Jean, an opposition leader and former governor of the central bank. “The police are clearly overwhelmed and disoriented, lacking leadership from the government.”

“It will only get worse,” he warned.

Featured image: Motorcycle drivers passing through a burning roadblock as anger mounted over fuel shortages that have intensified as a result of gang violence this month in Port-au-Prince. (Ralph Tedy Erol/Reuters)