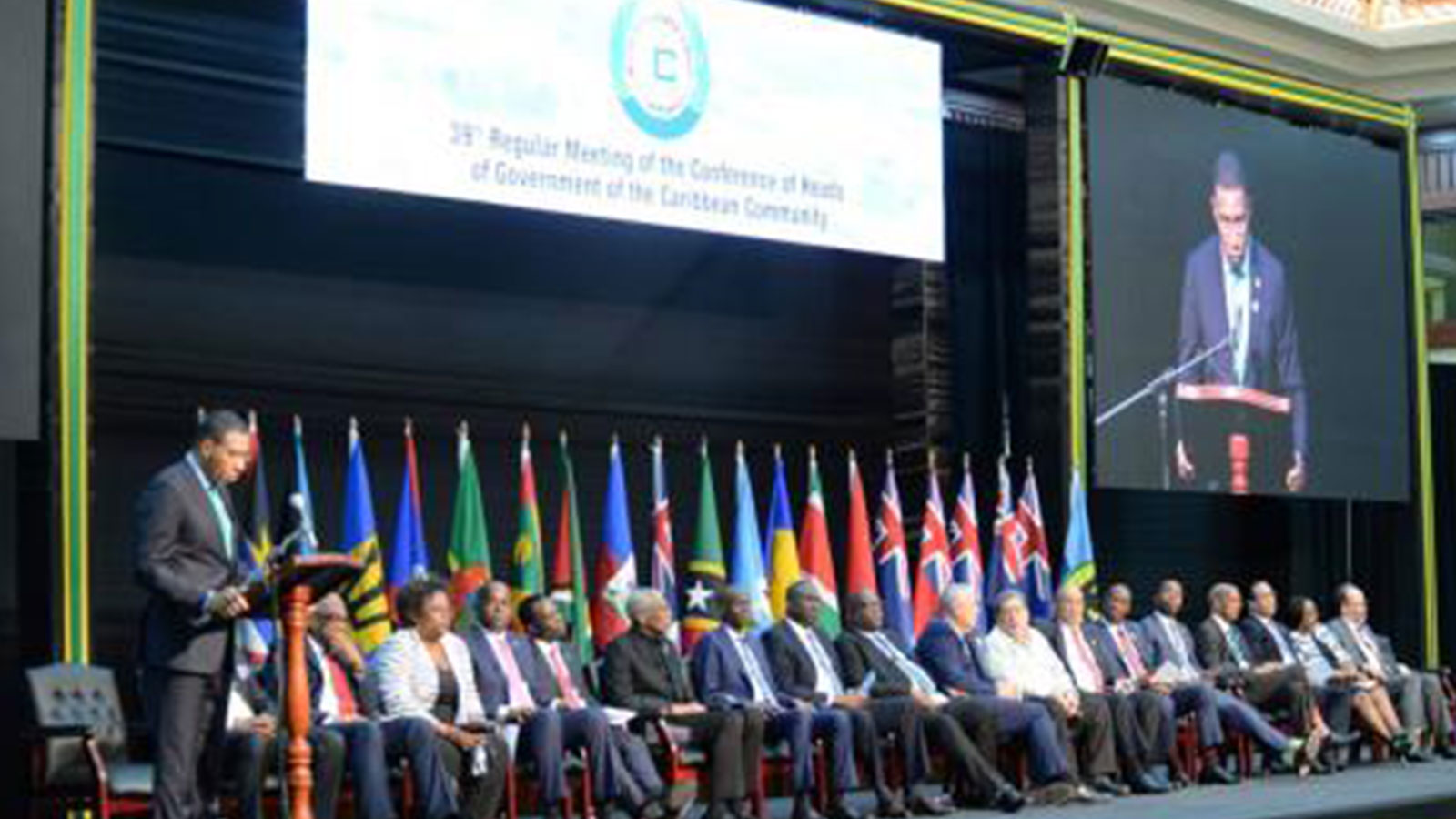 Has CARICOM reached its limits of regional integration? – Part I

You Are Here: Home » Blog » Editors' Choice » Has CARICOM reached its limits of regional integration? – Part I

I am indebted for the title of this commentary to the Honourable Bruce Golding, former prime minister of Jamaica, who has been and remains one of the foremost political minds in the Caribbean and wider afield.

Mr Golding hosts a weekly serious discussion radio programme called ‘Jamaica Live’. On July 25, he invited me to be one of the discussants of the topic, ‘Has CARICOM reached its limits of regional integration?’ There was good reason for the former Jamaica prime minister to posit the question. July 4 next year will be 50 years since the heads of government of the four biggest (and independent) Caribbean countries signed the Treaty of Chaguaramas (the CARICOM Treaty) that brought the Caribbean Community and Common Market into effect on August 1, 1973 – at least on paper. Eight other Caribbean countries, which had been members of a more limited grouping, CARIFTA, that had been in existence since 1968, joined CARICOM a few months later.

It was not an unreasonable expectation that the treaty, which held out the anticipation of the integration of 12 Caribbean countries, would have produced a far better and deeper integrated region than currently exists, almost 50 years later. However, while CARICOM experienced an initial impetus, creating beneficial institutions such as the Caribbean Development Bank (CDB), and making some progress in free trade in goods and services, the characteristic of its history is short periods of activity followed by long periods of inaction. The result is a suspension of confidence and faith in the CARICOM project by many sectors of Caribbean society and the people in general.

Despite no real progress in establishing a common market – not even becoming a custom union – in July 2001, CARICOM leaders revised the CARICOM Treaty. A customs union would have been an arrangement by the member states to remove trade barriers, reduce or abolish customs duty, and eliminate quotas. In a common market, the states would have adopted a common external tariff on goods entering their region from outside; allowed free trade of goods and services; and permitted free movement of labour and capital among themselves.

The 2001 revised treaty provided the ways (not the means) to establish Single Market and Economy (CSME). This revision of the treaty was hailed by the private sector as presenting the opportunity for genuine free trade in goods and services; for cross border establishment of companies; and for free movement of labour. In short, for the creation of a single economic space. The prospect of free movement of people and a single currency also titillated the appetite of the people of CARICOM to travel freely throughout the region.

By 2011, the CSME was effectively paused by CARICOM heads of government. At the time, a few leaders resisted that characterisation. However, little progress has been made between 2011 and now in advancing the CSME, so much so that, in May 2022, a representative group of CARICOM leaders, meeting in Guyana for an Agriculture Investment Forum, declared that “trade barriers, particularly non-tariff barriers, are one of the biggest inhibitors to the development of the regional market for agricultural produce, and that removing these barriers requires political consensus and determination”. The point is that not even trade berries, particularly non-tariff barriers, have yet been overcome.

By comparison, other regions that initiated integration efforts, at the same time or after CARICOM, have advanced much further. The European Union (EU) is the most telling example. It started in earnest eight months before CARICOM in 1973 and rapidly expanded, under strict criteria, to 28 member states, until Britain exited in January 2020. But not only did the EU expand its membership, with new applicants still pending, it established a single currency; tore down border barriers, allowing for a common passport and free movement of people; established a single trading machinery; and a Commission empowered to initiate and make decisions for all the countries collectively in a broad range of areas.

As my friend and fellow commentator on Caribbean affairs, David Jessop, put it recently in assessing CARICOM and regional economic cooperation, “Elsewhere in the world, integration mechanisms have updated their governance, foregone aspects of national sovereignty, established procedures that ensure delivery, created measures that guarantee accountability, transparency, and core financing, and have delegated executive powers to enable outcomes”.

CARICOM, on the other hand, has limped along, sometimes halting altogether, burdened by inadequate or no implementation of decisions, mistrust among leaders, frustration in the private sector, failure to establish binding rules, and institutional decline, including a weak and underfunded secretariat.

It is not as if the failures of CARICOM to achieve its many important goals and to satisfy many popular and practical expectations have not been carefully and scrupulously examined by some of the best political, economic, financial, and social development thinkers in the region and beyond.

In 2016, the Jamaica Government commissioned Bruce Golding to head a commission to “review Jamaica’s relations with CARICOM”. The commission recommended, among many other things, that explicit provision should be made in the CARICOM Treaty, requiring governments to give effect to their rights and obligations under the treaty and to implement decisions taken by heads of government within no less than six months. Again, scant regard was paid to the comprehensive report of the commission which merited serious consideration.

In March 2021, a CARICOM Commission on the Economy reignited many ideas, including the suggestion that those member states interested in advancing the integration project should proceed, leaving the door open for others to join at their own speed. This report, too, has not generated the action for which its authors might have hoped.

Many of the great ideals of CARICOM remain unfulfilled as its 50th anniversary approaches. But, has it reached its limits of regional integration? This question will be further pursued next week.