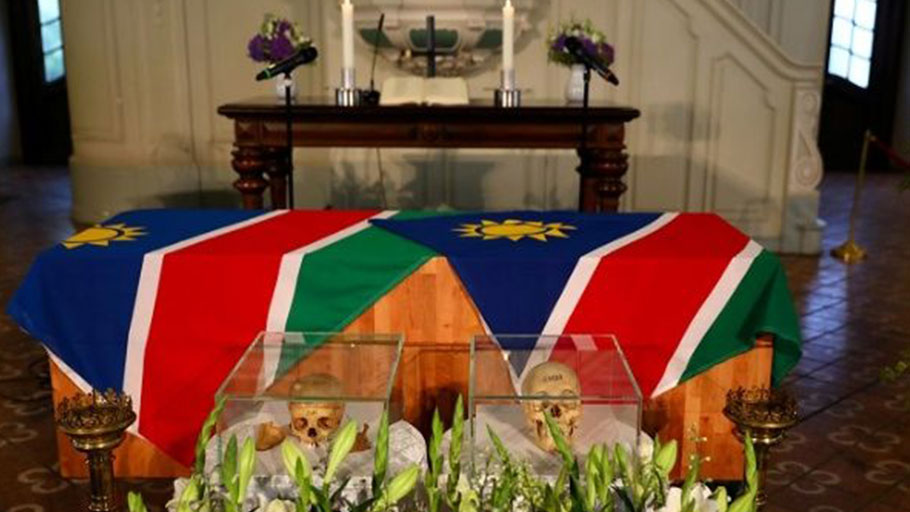 A Namibian delegation has received the remains of Indigenous Herero and Nama peoples killed during the Namibia Genocide.

A Namibian Government delegation, in Berlin, has received bones and skulls of Indigenous Namibian peoples killed during the “first genocide in the 20th century,” on Wednesday.

The bones were in Germany for “scientific” experiments in order to prove the racial superiority of white Europeans during the German colonial and bloody occupation eras of the then-called South West Africa territory, the BBC reports.

The descendants of the present-day Namibian Nama and Herero peoples are still waiting for a formal apology from the German Government. Though the government has returned human remains on prior occasions to the Namibian Government, the Berlin-headquartered government has also refused to pay for reparations for their colonial actions in Namibia territories.

Tens of thousands of Herero and Nama peoples were killed from 1904 to 1908, as a response to a liberation and anti-colonial uprising, in one of the darkest chapters of European colonialism in Africa.

German colonizers seized land and means of subsistence from the local people, triggering an uprising on Jan. 14, 1904. The clash resulted in the deaths of 123 Germans and 65,000 Herero people. Later, the Nama people faced a similar fate with over 10,000 people being massacred.

It is estimated that over half of the Nama and about 75 percent of the Herero populations were killed.

In addition to land and property grabs, there were concentration camps, exterminations and scientific experiments on “specimens” of what the German settlers considered to be an inferior race – all in line with the major genocides of the 20th century.