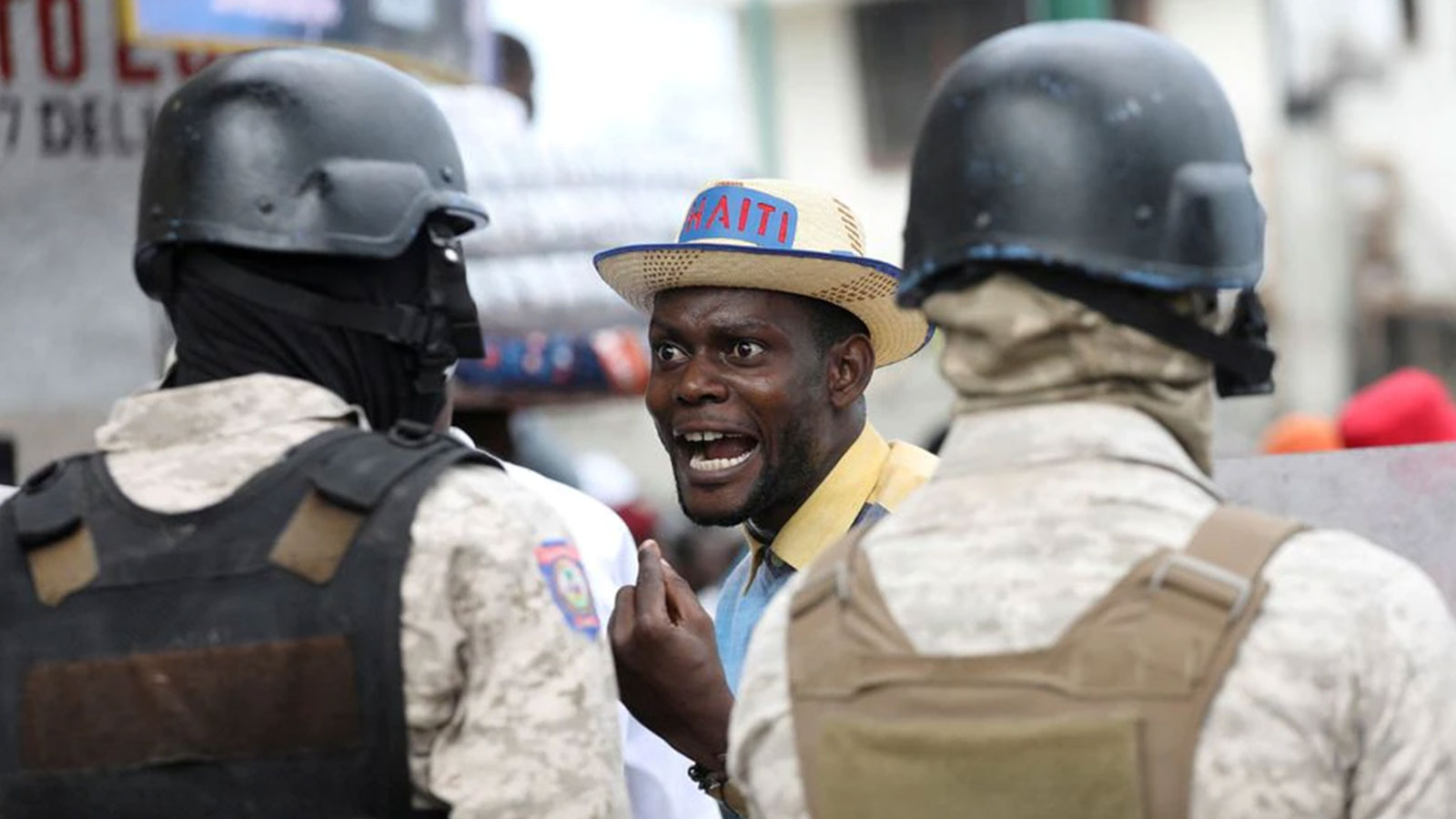 Anger grows in Haiti over weapons trafficking from U.S. after guns shipped as church donations

You Are Here: Home » Blog » News & Current Affairs » Anger grows in Haiti over weapons trafficking from U.S. after guns shipped as church donations

A string of recent arms-trafficking scandals in Haiti, including the discovery of weapons in a shipping container labeled as church donations, has ignited anger over a steady flow of U.S. guns that are fueling rampant gang violence.

Haiti’s customs agency on July 14 seized shipping containers holding 18 “weapons of war,” four handguns and nearly 15,000 rounds of ammunition that were shipped from the United States to the Episcopal Church of Haiti, which said the documents had been falsified and that it had nothing to do with the containers.

Separately, police investigating gun smuggling this month arrested a state prosecutor and a prominent lawyer who according to media reports served as an advisor to the justice minister.

Guns brought illegally to Haiti are often used in gang wars such as a recent turf battle in the town of Cite Soleil, which between July 8 and July 17 left more than 471 people killed, injured or unaccounted for, according to the United Nations.

“This is the tip of the iceberg,” said Lareche, who says the murder of his sister and brother-in-law led him to speak out while in office about customs corruption and its link to gun trafficking.

He said most of the weapons are smuggled from the United States to Port-au-Prince.

“It’s some of our citizens in the U.S. who are sending weapons to Haiti and are thus fueling the insecurity,” said Pierre Esperance, executive director of Haiti’s National Human Rights Defense Network.

The Episcopal Church said in a statement that it had not been expecting any shipments from outside the country and that it cannot be held responsible when criminal networks use its name without its permission.

The church is not under investigation and has asked state prosecutors to determine who was behind the weapons shipment, said lawyer Samuel Madistin, who represents the church, in response to questions from Reuters.

A shipping document for that cargo, an image of which was seen by Reuters, described the contents as “Donated Goods, School Supplies, Dry Food Items.”

In another case, police in early July arrested Michelet Virgile, a state prosecutor for the town of Port-de-Paix after he unexpectedly released two men who had been jailed for the illegal import of 120,000 rounds of ammunition.

Lawyer Robinson Pierre-Louis, head of Haiti’s Federation of Bar Associations, was jailed last week for alleged involvement in the Port-de-Paix munitions smuggling case, according to a spokesman for Haiti’s National Police.

According to local media reports, Pierre-Louis was until recently a staff member for Justice Minister Berto Dorce.

Haiti’s judicial police in a July 19 letter to Dorce requested that Pierre-Louis be made available to discuss an ongoing investigation, according to a copy of the letter seen by Reuters.

Dorce did not respond to a message from Reuters seeking to clarify if Pierre-Louis was or had been part of his staff.

The Federation of Bar Associations in a statement on Monday demanded that Pierre-Louis be released because his arrest had not followed legal protocols.

Reuters was unable to obtain comment from either Pierre-Louis or Virgile.

“The National Police are determined to fight everyone implicated in the trafficking of weapons and munitions and all criminals,” police spokesman Gary Desrosiers said in a statement to the public on Monday.

The involvement of public officials in the recent incident follows years of complaints by Haitians that corruption, particularly in customs, is a key driver of the abundance of illegal weapons.

Many also say U.S. authorities should do more to control smuggling of guns, the majority of which arrive from the United States despite an arms embargo that only allows weapons sales to Haitian government security forces or peacekeeping missions.

The U.S. State Department referred a Reuters query on the issue to the Federal Bureau of Investigation, which did not immediately respond to an email seeking comment.

The National Commission for Disarmament, Dismantling and Reintegration, a government agency created to address gun violence, in 2019 estimated that there were some 500,000 illegal weapons in Haiti.

Jean Rebel Dorcenat, the commission’s president, declined to comment on the issue.

Reporting by Harold Isaac in Port-au-Prince and Brian Ellsworth in Miami; additional reporting by Matt Spetalnick in Washington, Editing by Christian Plumb and Alistair Bell