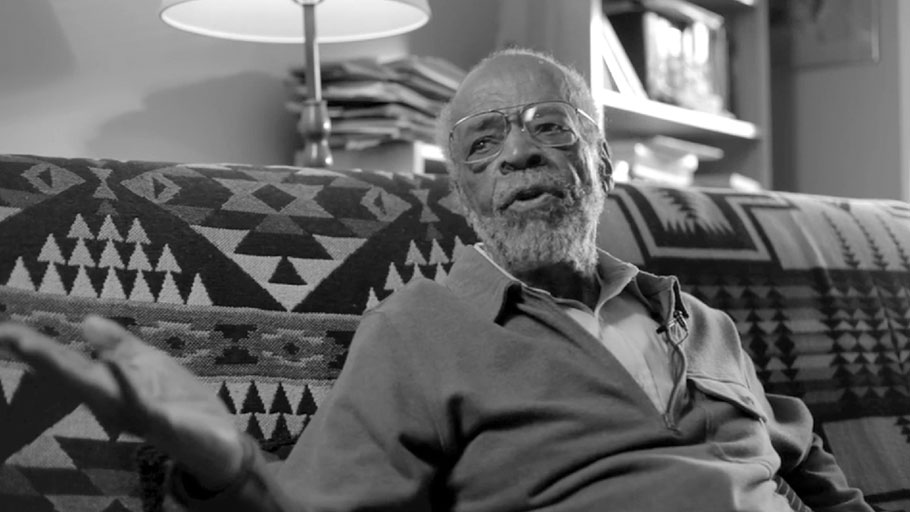 The life and work of Jack O’Dell who died last week at 96 at his home in Vancouver, British Columbia were marked by an unwavering radical vision fused with an immovable partisanship for working people the world over.

Jack’s quietly effective teaching, his strategic acumen, his theoretical insight, his unbending internationalism and his generosity of intellect and spirit inspired and enriched the struggles of many for a better world and will remain a pillar for those who continue those struggles.

Jack’s invaluable contributions were rooted in a lifetime of activism spanning nearly eight decades. That activism began in wartime service in the Merchant Marines where Jack gained insight into what is today called “social movement trade unionism” – an indispensable convergence of labor’s interests with the struggle of African Americans and all people of color for liberation. From there, Jack moved on to community organizing in Florida, Alabama and Louisiana, working in some of the country’s most intractably racist regions. With the emergence of the historic Montgomery bus boycott in the mid-fifties, followed by the proliferating student-led sit-ins, Jack shifted his activism to New York City. There, he was engaged in organizing the early student marches for school desegregation, culminating in the historic 1963 March on Washington for Jobs and Freedom. Along the way, he became active in the emerging Southern Christian Leadership Conference (SCLC), working with Dr. Martin Luther King, Jr. as SCLC’s liaison with various political forces and liberation movements the world over. Citing his previously acknowledged association with the Communist Party, J. Edgar Hoover and the FBI targeted Jack for removal from his post at SCLC. Jack’s effectiveness and fidelity to principle is affirmed by the ferocity of Hoover’s redbaiting smears.

Jack was also privy to the birth of Freedomways in 1960, the essential journal of African American history, politics and culture for twenty-five years of its existence. There, he often anonymously wrote penetrating articles and functioned as an associate editor. His role as educator continued as a professor at the Antioch Putney Center in Washington, D.C. Jack was a key advisor in the formation of the Rainbow Coalition and in Jesse Jackson’s historic presidential campaigns in 1984 and 1988, providing support and inspiration to the groundbreaking conjunction of labor activism with the first major African American presidential candidacy.

Inspired by the South African Freedom Charter that galvanized the successful overthrow of the apartheid state, the Democracy Charter, formulated by Jack, is an inclusive framework for movement activists to discuss, advocate and organize in pursuit of substantive democracy. That substantive democracy itself is the enrichment and deepening of the historic tradition that began with the Bill of Rights and continues in transformative democratic struggles today relating to power and decision-making. The Charter’s draft program does not simply enumerate issues; it provides various movements with a common positive identity, linking them to a shared heritage of struggle – bonding them in unified battle against the inseparably related crises of empire, racism, the economy and the environment.

At the heart of the Democracy Charter is the “Dual Authority” manifested in mass movements that have challenged the dominant “Official Authority” represented by governmental and corporate power. That “Dual Authority” in Jack’s view has persisted throughout the country’s history, struggling on a broad political canvas through periods of setback and triumph to overcome slavery and found an anti-corporate populist movement. It fought against emergent imperialism, built the industrial union movement, pressed the New Deal to the left, drove the “Second Reconstruction” ushering in a new phase of the battle for racial justice, resisted the Vietnam War, advanced the women’s movement and supported the struggles of the LGBTQ community for recognition and equality.

By framing the country’s political and social history through the dialectical interplay of “dual” and “official” forces, Jack provides a compelling portrait of contending alignments. He emphasizes the essential role of progressive coalitions fighting for a robust democracy against corporate power that foments systemic crisis marked by massively growing inequality and impending environmental disaster. Today, newly energized labor struggles and increasingly strong progressive activism within the electoral system are beginning to shift power, confirming much of Jack’s political and strategic insights.

Anticipating the growing movement for prison abolition, Jack has characterized mass incarceration, especially imprisoning of black youth, as acts of war, in large measure designed to suppress resistance of working people of color to their oppressive conditions.

Before the foundational role of slavery in establishing capitalism achieved consensus among historians, Jack was writing about slavery as central to the capital accumulation that cemented the system. The institutionalization of a “white man’s country” with the denial of land, the franchise and freedom to blacks exploded the dominant myth that the nation was born in democracy. As for a “free market,” Jack wrote, “It may be that we who stand in the lineage of people who were sold in the marketplace have something to say about the limits of market freedom.”

Central to Jack’s thinking was the connection between war, racism and empire. Racism was an essential link from genocidal war on Native Americans, to the Mexican War, to Vietnam to Iraq and Afghanistan. The struggle for peace, especially for nuclear disarmament, was a central political concern for Jack and a major aspect of his activism. It inevitably incorporated the battle against racism and militarism and their global reach. Anti-racist activism demanded international engagement.

Anchored on the building of mass movements emerging from the grass roots, Jack’s concept of “Dual Authority” left no room for narrow sectarian concerns. His whole life as a merchant seaman, political organizer, worker intellectual, labor activist, significant voice in SCLC and the Rainbow Coalition consistently urged the building of a progressive majority against established authority – advancing “limited objectives” within the historic continuum of the broader struggle of working people the world over for power.

Jack’s legacy is the foundation upon which all who strive for a better world stands. His historical, theoretical and strategic contributions are amplified and summarized in his book Climbin’ Jacob’s Ladder edited by Nikhil Pal Singh.That book is worthy of serious study linked to participation in the long movement for justice and freedom.

Jack died peacefully on October 31 in the company of his family. At his side, as always, was Jane Power, his wife, confidant and equal partner in the fight for a world of peace, justice and equality.

This article was originally published by Portside.

James Campbell and Mark Solomon are past national co-chairs of the Committee of Correspondence for Democracy and Socialism. They were long-time friends and political collaborators with Jack O’Dell.