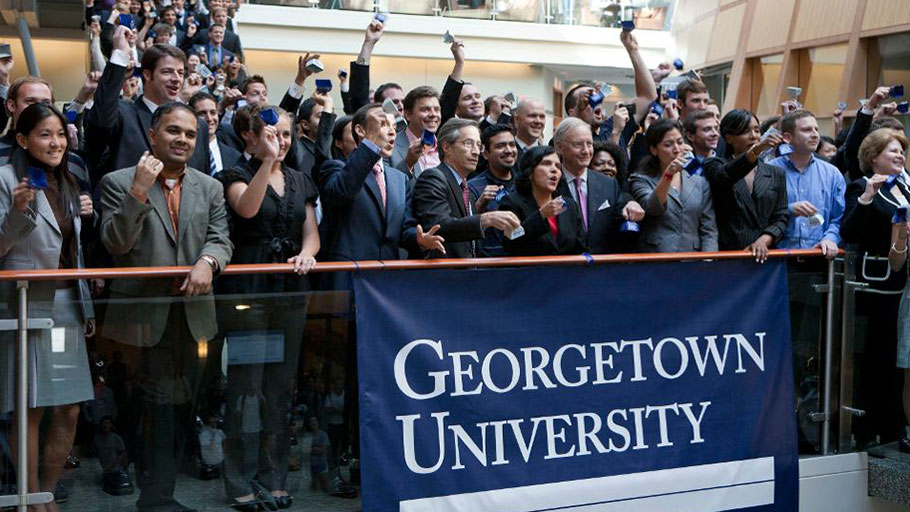 Will America’s Universities Point The Way Towards Reparations For Slavery?

You Are Here: Home » Blog » Reparations » Will America’s Universities Point The Way Towards Reparations For Slavery?

Georgetown University recently announced that it plans to raise around $400,000 a year to pay for reparations. They would go to the descendants of enslaved people who were exploited by Jesuit plantations and who were eventually sold to bring revenue to the university. A number of other universities, including Princeton Theological Seminary, have also announced plans for reparations.

The moral case for reparations is easy to grasp. It represents compensation for various harms that are legally recognized in other contexts such as wage theft, wrongful imprisonment, battery, and sexual assault among other things. And there is an argument that the whole country, not just the beneficiaries of reparations, would benefit. In his influential essay, “The Case for Reparations,” Ta-Nehisi Coates argues that reparations could lead to a national spiritual renewal: “What I’m talking about is more than recompense for past injustices—more than a handout, a payoff, hush money, or a reluctant bribe. What I’m talking about is a national reckoning that would lead to spiritual renewal.” The generally conservative writer David Brooks has endorsed this viewpoint, writing: “Reparations are a drastic policy and hard to execute, but the very act of talking about and designing them heals a wound and opens a new story.”

On the other hand, there are a lot of potential problems with reparations. On a national level they could be ruinously expensive, costing many trillions of dollars. As explained in The New Republic: “Larry Neal, an economist at the University of Illinois, calculated the difference between the wages that slaves would have received from 1620 to 1840, minus estimated maintenance costs spent by slave owners, and reached a total of $1.4 trillion in 1983 dollars. At an annual rate of interest of 5 percent, that’s more than $6.5 trillion in 2014—just in lost wages. In a separate estimate in 1983, James Marketti calculated it at $2.1 trillion, equal to $10 trillion today.” (By contrast, Germany paid less than one tenth of one percent of that amount, about $8 Billion in today’s dollars, to Jews after the Holocaust.)

A pool of money of this size might not bring out the best in people. Rather than spiritual renewal, we might have ugly fights over who foots the bill, who benefits from it (all African Americans or just descendants of slaves, for example) and what programs would have to be slashed to pay for such a massive expenditure. The government could compromise and pay a much smaller amount of reparations, but would a fraction of a loaf satisfy anybody? Would it be worth the howls of outrage from the political right over these payments?

Then, of course, there would be the question of, who else is entitled to reparations? Native Americans are the next obvious group, and those payments, if intended to actually compensate them for their losses, would be even more expensive. Women would have a case for many decades of unpaid labor, often enforced by law and the lack of the vote. The list of worthy claimants is long indeed.

Another problem is that reparations are politically unpopular. The only group that clearly favors them are African Americans. Whites are strongly opposed to them and Hispanics are about evenly split, raising the possibility of ugly inter-racial conflict likely to harm the Democratic coalition. Democrats are also evenly split on the issue, and Independent voters are strongly opposed, making the issue an obvious political loser for any Democratic candidate, despite the fact that a number of Democratic presidential candidates publicly favor reparations. Republicans overwhelming abhor the idea, meaning that reparations could motivate President Trump’s base while simultaneously cleaving the Democratic electorate.

So what to do about reparations? A political science aphorism is that states are the laboratories of democracy. Perhaps in this case universities can fill that role. They can try different approaches and society can learn from their efforts. For example, Georgetown has decided to ignore a student vote that would have raised mandatory student fees and will be instead raising the money through private donors. The administration has promised that private donations can match the monetary amount that would have been raised by fees. This decision has generated criticism, but it will be fascinating to see if this is the best approach in the long term.

If Georgetown is successful, it could serve as a model for a nationwide system of voluntarily financed reparations. Financially comfortable progressives may flock to donate dollars for reparations the way that they buy carbon offsets or donate to racially oriented non-profits. The federal government could make it a check-off box on tax returns and supportive states could do the same.

Also, Georgetown has chosen to forgo a system of making reparations in the form of cash payments and instead, will finance projects such as schools and health clinics in impoverished areas of Louisiana, where many of the descendants of the slaves from whom Georgetown profited now live. The dismal polling numbers cited above are in reference to cash payment reparations. Money to schools and health clinics in poor areas may be substantially more popular.

The Georgetown experiment might indicate whether reparations will promote racial harmony or exacerbate racial tensions over the adequacy of the amount. As noted, the university is promising $400,000 per year but the affected descendants are seeking $1 Billion. Only time will tell if Georgetown’s compromise approach will satisfy everyone or no one.

Universities might be ideal institutions to experiment with different approaches for yet another reason. Polling shows that while a strong majority of younger people oppose reparations, they do so by a significantly lower margin than older voters. Therefore, universities might have more leeway to implement reparations without overwhelming blow back.

There is no doubt that reparations are a challenging issue. There are many variables and countless uncertainties to consider. By leading the charge on this, universities can teach the country a great deal about what approaches, if any, will lead to the hoped for spiritual renewal that many Americans seek.

Featured image: Georgetown University has announced plans for reparations to the descendants of slaves whose exploitation benefited the university. The university has made a number of controversial choices in doing so. Photographer: Brendan Hoffman, Bloomberg.