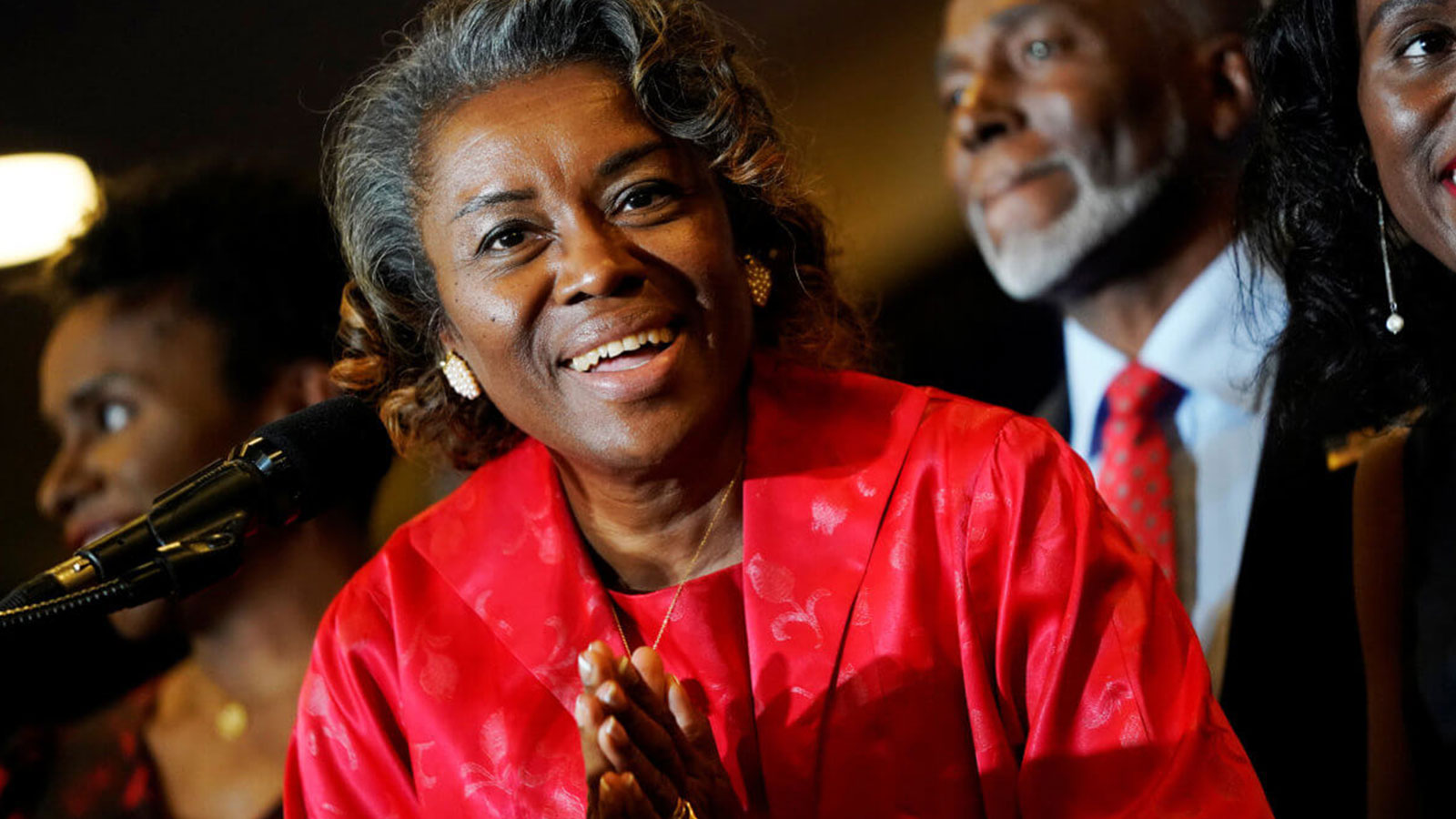 Following a gubernatorial election campaign predicted to being a national referendum on the state of the Democratic Party, Winsome Sears, a naturalized citizen from Jamaica made history in America for being the first Black elected lieutenant governor in the history of the commonwealth of Virginia.

Fifty-seven-year-old conservative Republican Sears added to a national conversation after making history for her party, gender and place of birth.

Born in Kingston, Jamaica she migrated to the United States with her parents at age six. She grew up in the Bronx and from early on, the ambitious immigrant decidedly set her sights on capitalizing on the much touted American Dream.

“From the time my family arrived in America from Jamaica we have realized and appreciated the opportunity that the US provided us.”

As proof of her mission to succeed in America, before changing her immigration status, she volunteered to fight for her adopted nation.

“When I joined the Marine Corps, I was still a Jamaican. But this country had done so much for me, I was willing, willing, to die for this country,” Sears said during her victory speech.

“She lost me there,” Paul Smith, a Jamaican residing in Canada said. “She didn’t have to go that far.”

Although Sears’ triumphant defeat over an incumbent initially resonated with pride on the island-nation, nationals at home and abroad, women, and immigrants throughout the diaspora said the comment made them uncomfortable and ‘difficult to grasp.’

“She had a huge platform, she could have used it to talk about advances made in the south, the historic contributions of Caribbean immigrants or her own personal testimony,” Jacqui Wilson said.

“Instead she followed a playbook.”

Wilson said the statement was “unnerving.”

Tik Tok trenders included Jamaicans questioning how it was possible for an immigrant to show loyalty to a political party that advocates weapons of mass destruction against Blacks and whose majority representatives often espouse anti-immigration policies.

In the 2020 election, the former president lost the confidence of voters who overwhelmingly gave Joe Biden a majority.

Republican Glenn Youngkin must have acknowledged the messaging in the defeat because throughout a contentious campaign seemed to distance himself from Trump’s rhetoric.

The strategy paid off because voters in the southern state convincingly endorsed the entire Republican ticket headed by Youngkin, a Trump endorsed, candidate.

Next in line to govern Virginia if Youngkin is unable, the lieutenant-elect and her victorious party colleague defeated former Democratic governor Terry McAuliffe and will serve together in the governor’s administration.

At the campaign celebration of her triumph she led a boisterous crowd in a “USA” chant.

“I am at a loss for words, for the first time in my life…I’m here because you put your trust in me…What you are looking at is the American dream. I am not even a first generation American.”

Dressed in full exhibition of her party’s favorite color, the lady in red positioned herself between Star Spangled banners to declare willing sacrifice she would readily extend in order to prove her loyalty to America.

“There are some who want to divide us and we must not let that happen. They would like us to believe that we are back in 1963 when my father came. Here I am, living proof. In case you haven’t noticed, I am Black and I have been Black all my life. But that’s not what this is about. What we are going to do is be about the business of the commonwealth,” Sears exalted.

“Soon she will find out ‘how the west was won,’” Smith punctuated.