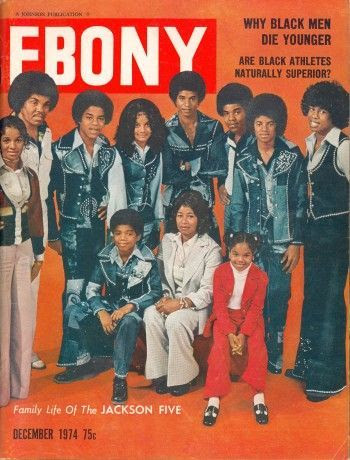 Johnson Publishing announced Tuesday that it has sold Ebony and Jet magazines to an Austin, Texas-based private-equity firm, bringing to an end to more than seven decades of ownership by Johnson Publishing, the Chicago Tribune reports.

The amount for which Johnson Publishing sold the influential African-American lifestyle magazines to Clear View Group, an African-American-owned firm, was not disclosed.

Johnson Publishing will maintain ownership of its Fashion Fair Cosmetics business and the Ebony photo archives, which are still up for sale.

Since Ebony’s inception in 1945, the magazine has made its mark by telling and shaping the African-American experience and culture, particularly during the civil rights movement. Jet, which started as a print weekly magazine, is now a digital-only property.

However, recently, Johnson Publishing has shown declining media revenues as it grappled with the change from print to digital.

“This is the next chapter in retaining the legacy that my father, John H. Johnson, built to ensure the celebration of African Americans,” Linda Johnson Rice, current chairman of Johnson Publishing, said in a statement Tuesday.

Johnson will be chairman emeritus on the board of the new company, which will be called Ebony Media Operations, the Tribune reports. According to the report, the magazines’ Chicago headquarters and New York editorial offices will be retained, as well as much of the current staff.

Cheryl McKissack, who has held the role of chief operating officer since 2013, has now been named CEO of Ebony Media Operations. Ebony Editor-in-Chief Kierna Mayo will be leaving the magazine in pursuit of other opportunities, according to the Tribune.

“We made this purchase because this is an iconic brand—it’s the most-recognized brand in the African-American community,” Michael Gibson, co-founder and chairman of Clear View Group said, according to the Tribune. “We just think this is a great opportunity for us.”

Meanwhile, Desiree Rogers will remain the CEO of Johnson Publishing and put her focus into the Fashion Fair cosmetics business.

“The overall strategy of separating these two distinct businesses—media and cosmetics—will ensure that both iconic brands are positioned for future investment and growth,” Rogers said in a statement.