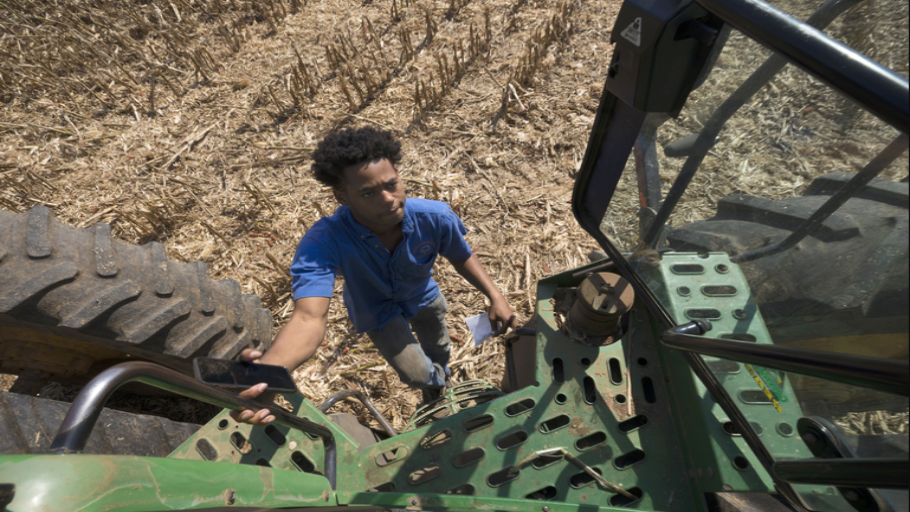 In the months since Congress included around $4 billion in the latest stimulus bill to forgive loans for Black and other minority farmers, thousands of them have been pushing to finally see the money. The Department of Agriculture promised to start paying for loans this month.

But now, that relief is again on hold thanks to a lawsuit brought by a conservative group on behalf of white farmers, who argue the program is unconstitutional because it discriminates against them.

On Thursday, a federal judge in Wisconsin sided with the plaintiffs and issued a temporary restraining order on the program.

“The Court recognized that the federal government’s plan to condition and allocate benefits on the basis of race raises grave constitutional concerns and threatens our clients with irreparable harm,” Rick Esenberg, president and general counsel with the Wisconsin Institute for Law and Liberty, which filed the lawsuit, told the Milwaukee Journal Sentinel.

A spokesperson with the U.S. Department of Agriculture did not immediately respond to a message from The Washington Post.

The assistance program, which was passed by the Senate in March as part of the Biden administration’s $1.9 trillion stimulus relief package, sought to correct long-standing disadvantages faced by Black, Latino, and other minority farmers in getting loans from banks and the government. As COVID-19 disproportionately affected communities of color, those groups also had a more difficult time accessing relief programs due to systemic racism and other issues, the Biden administration argued.

“Over the last 100 years, policies were implemented that specifically twisted in a way that disadvantaged socially disadvantaged producers,” U.S. Secretary of Agriculture Tom Vilsack said. “There’s no better example of that than the COVID relief efforts. Billions of dollars went to white farmers, because the system is structured in a way that gives them significant advantages.”

When the package passed, advocates told The Post that it was a major step toward correcting a century of mistreatment of Black farmers, with some describing it as reparations for a long history of racial oppression.

“This is the most significant piece of legislation with respect to the arc of Black land ownership in this country,” said Tracy Lloyd McCurty, executive director of the Black Belt Justice Center, which provides legal representation to Black farmers.

But the program, which was opposed by all 49 GOP senators, faced quick legal challenges. In April, the Wisconsin Institute for Law and Liberty, a conservative group based in Milwaukee, sued on behalf of five white farmers and ranchers, including Adam Faust, a double amputee and the owner of a dairy farm near Chilton, Wis. (The suit has since grown to include 12 farmers as plaintiffs.)

“There should absolutely be no federal dollars going anywhere just based on race,” Faust told the Journal Sentinel after joining the suit.

White farmers in other regions of the country have also sued against the debt relief program.

In April, former Trump adviser Stephen Miller formed the America First Legal Foundation to sue in Texas on behalf on behalf of Sid Miller, a White farmer who is also the Texas agriculture commissioner. The lawsuit claimed that the USDA program “disrupts our common progress toward becoming a more perfect union.”

The Wisconsin group’s lawsuit noted that the white farmers could make additional investments in their property, expand their farms, and purchase equipment and supplies if they were eligible for the loan forgiveness benefit.

“Because plaintiffs are ineligible to even apply for the program solely to their race, they have been denied the equal protection of the law and therefore suffered harm,” according to the lawsuit.