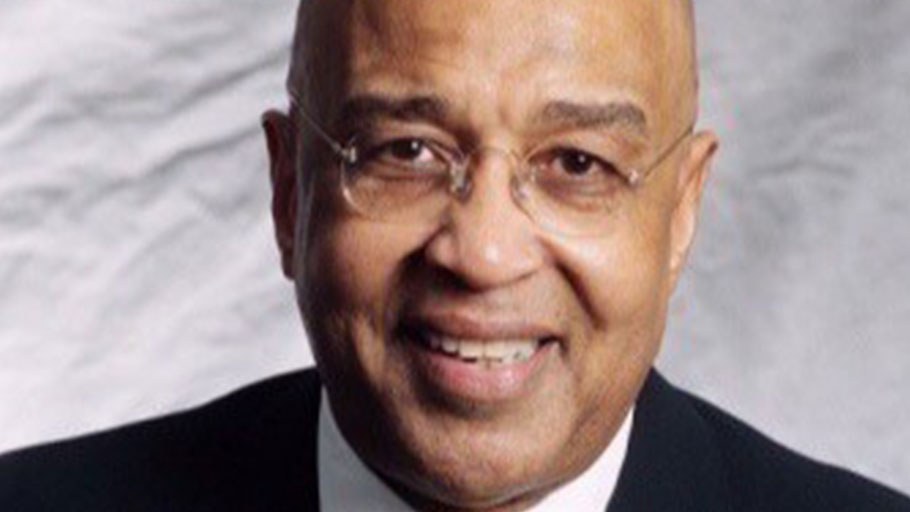 “Lewis Myers was a true advocate for the people — whether as counsel with North Mississippi Rural Legal Services or as NAACP deputy director, he was a powerful force for progress,” said Derrick Johnson, NAACP president and CEO. “His work and legal representation of Rev. Jesse Jackson and so many others across the country served as a model for many. He was truly a progressive voice in the legal and civil rights community.”

He served as assistant professor of criminal justice at Chicago State University and as a part of a special delegation with Jackson to discuss minority communications with government leaders in Africa. He met with then-president of South Africa, Thabo Mbeki, as part of the delegation and had previously met with Nelson Mandela during the NAACP Convention.

As a youth, he was elected NAACP Youth Council president for the A. A. Lucas branch of the NAACP in Houston. In high school, he was one of several youth leaders to initiate a historic boycott designed to bring attention to the segregated apartheid policies of the Houston Independent School District.

“Lewis Myers Jr. was committed to the work of civil and human rights,” said Leon W. Russell, chairman of the NAACP National Board. “The NAACP extends our sincere condolences to his family and sends prayers of comfort and strength for the days to come.”

This is a tribute to one of my Big Brothers in struggle, Attorney Lewis Myers. Lew made his passage to join the Ancestors on May 24 2018. The photos below are taken by Jim Alexander who documented the United League of Mississippi, which Lew served as counsel and a primary spokesperson. Please read my tribute below:

One of the most dynamic personalities that I met in my life was Attorney Lewis Myers. As was stated in my book, We Will Shoot Back: Armed Resistance in the Mississippi Freedom Movement, Attorney Myers (affectionately called Lew by his family and friends) was the lawyer and one of the principal spokespersons for the United League (UL) of Mississippi, one of the leading human rights organizations in the United States (U.S.) during the 1970s. The UL organized successful boycotts in several Mississippi cities and towns, including Byhalia, Tupelo, Okolona, and Holly Springs, to challenge white supremacist activity, police misconduct and economic inequality.

The UL President Alfred “Skip” and Lew traveled to Los Angeles in 1978 as part of a UL fundraising speaking tour in southern California. I was the principal organizer of the tour, a member of the National Black Human Rights Coalition, the House of Umoja and the African Peoples Party, and a student at California State University Los Angeles at the time. I would meet Lew when our organization, the National Black Human Rights Coalition, sponsored a reception for him and Skip Robinson at our Center for Black Survival.

Lew was tall, handsome, and had an engaging personality that was “larger than life.” He immediately befriended me, sharing that We had common comrades and associates in the Black Liberation movement like Baba Imari Obadele, Attorney Chokwe Lumumba, Dr. Mutulu Shakur, and Sister Afeni Shakur.

Lew was a charismatic, and informative speaker. He made connections with the UL campaigns in Black communities in northern Mississippi with other local movements throughout the U.S. and globally. His relationships with other Black liberation and progressive forces throughout the U.S. helped supply the UL with allies and supporters for its human rights campaigns in Mississippi. One of the most important relationships that Lew brought to the UL was the National Conference of Black Lawyers (NCBL). NCBL was considered the legal arm of the Black Liberation movement.

Lew Myers had a significant activist background before joining the UL. After graduating high school in Houston, he was forced to leave Tennessee State University in the 1960s because of his activism with the Student Nonviolent Coordinating Committee (SNCC).

Lew then went to Howard University, where he would be a principal organizer of the student movement that organized the historic “Towards a Black University” conference in 1969, one of the most significant gatherings of the Black Power movement. He attended law school at Rutgers University after graduating Howard. As a law student, Lew would travel to Mississippi during the summers to get involved in support local communities and social justice activity.

As a lawyer, Lew had several notable cases all over the U.S. He would work with Dr. Mutulu Shakur and Afeni Shakur with the National Task Force for Cointelpro Litigation and Research and briefly counsel for Geronimo ji Jaga (Pratt). Lew served as part of the legal team for the Pontiac Brothers. The Pontiac Brothers were 31 inmates charged with over 200 felonies, including murder, from a rebellion in an Illinois prison in 1978. The Pontiac Brothers were acquitted of the most serious charges.

One of his most difficult cases was his experience as co-counsel for Assata Shakur when she was convicted of the murder of a New Jersey state patrolmen, Werner Foerster, and her comrade Zayd Malik Shakur. This case was the result of a gun battle that ensued from a police ambush on three Black Panthers, Sundiata Acoli, Zayd Shakur, and Assata Shakur. An all-white jury convicted Assata, even though there was no evidence of her firing a weapon and it was demonstrated that she was paralyzed immediately after the shooting ensued due to being shot twice in the back with her hands raised in a “surrender” position.

Lew and his wife and high school sweetheart, Tina, would ultimately leave Mississippi in 1979 and re-locate to Chicago, where he would become an important part of the activist community there. He served as a friend and advisor to Minister Louis Farrakhan and the Nation of Islam, as well as Reverend Jesse Jackson and Operation Push. Lew briefly moved with his family to Baltimore, where he served as Deputy Director of the National Association for the Advancement of Colored People (NAACP) in 1993-1994.

Returning to Chicago, Lew built his law firm and taught at Chicago State and other institutions of higher education there.

Lew Myers must always be remembered as a freedom fighter. I remember a presentation he did on the activist tradition of Black lawyers. He mentioned that the great Paul Robeson was a graduate of Columbia University Law school and a member of the New York state bar. Lew stated the Robesonian tradition of Black lawyers brought the struggle to the courtroom and made the courtroom a venue of protest and political education.

Lew Myers fought for his clients in the courtroom and organized protests with the community in the streets. Myers worked in local communities with grassroots people and counseled the national leadership of the Black Liberation movement on domestic and international affairs. He will be missed by many who struggle for liberation and social justice.

We must pray for and support his family through their loss. We must loudly sing his praises so the Ancestors receive him in Heaven as a Sai