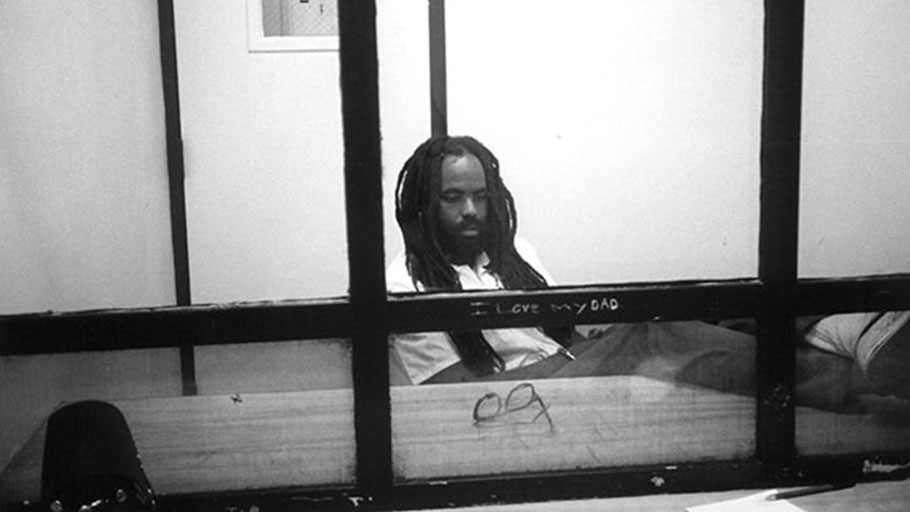 There was a major court victory for Mumia Abu-Jamal, on December 27, 2018. In a  ruling on an appeals petition for Mumia Common Pleas Court, Judge Leon Tucker found that former Justice Ronald Castille should have recused himself because of statements he made as a prosecutor about police killers that suggested a potential bias. They included campaign speeches and letters advocating the issuance of death warrants in such cases.

The Campaign To Bring Mumia Home, immediately announced actions to take full advantage of this critically important opportunity. In an email they called for people to show their support for Mumia in a victory rally at the District Attorney’s office:

They want Philadelphia District Attorney Larry Kraner to accept the decision and not appeal the ruling. The campaign describes the event as “a victory celebration, a call for future actions and a notice to Krasner that the movement to free Mumia will not back down.”

The Philadelphia Inquirer described the ruling as giving Mumia the opportunity to “re-argue an appeal before the Pennsylvania Supreme Court because then-Chief Justice Ronald D. Castille did not recuse himself due to his prior role as Philadelphia district attorney when Abu-Jamal was appealing his case.”

They also report Kraner’s initial reaction writing, “Dustin Slaughter, spokesperson for District Attorney Larry Krasner, said in a statement that ‘we are aware of Judge Tucker’s opinion and are currently reviewing it. As such, we have no further comment at this time.’”

Judith L. Ritter, an attorney for Abu-Jamal, said in a statement that “Judge Tucker recognized the unconstitutional bias involved with Justice Castille’s sitting on the prior post-conviction appeals, and the need for a new appeal untainted by such bias. This was a straightforward application of federal and Pennsylvania law requiring cases to be decided by judges whose impartiality cannot reasonably be questioned.”

Judge Tucker agreed with Mumia’s attorney, writing in his 36-page opinion that, “if a judge served as a prosecutor and then the judge, there is no separate analysis or determination required by the court, there is a finding of automatic bias and a due process violation.”

The court cited as precedent Williams v. Pennsylvania, a 2016 U.S. Supreme Court decision involving another Philadelphia man, Terrance Williams, who was convicted in a separate murder. The US Supreme Court ruled Castille should have recused himself from that state Supreme Court decision because he had “personal significant involvement” as the city’s district attorney.

KYWNews described the Mumia’s case and the decision, writing:

Abu-Jamal was convicted by a jury in the murder of Faulker in 1982, and he was sentenced to death. But in 2011, then-District Attorney Seth Williams decided to ask for life without the possibility of parole, following a federal appeals court decision that jurors may have received misleading instructions during the trial.

“Justice would best be served by allowing the petitioner (Abu-Jamal) re-argument before the Supreme Court of Pennsylvania,” wrote Tucker, “before a complete and clearly unbiased tribunal” or court.

Judge Tucker stressed in his ruling “The public expectation of impartial justice is necessary. The slightest appearance of bias or lack of impartiality undermines the entire judiciary hence the mandate of not only propriety but the appearance of propriety.”