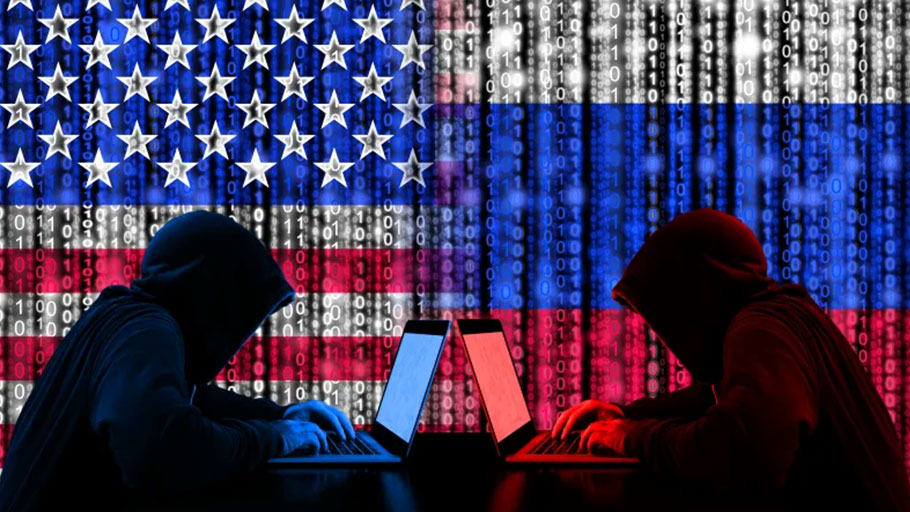 By Michael Harriot, The Root —

Hidden in Special Counsel Robert Mueller’s now-public but heavily-redacted “Report On The Investigation Into Russian Interference in the 2016 Presidential Election” is a trove of information concerning the plot to use black grassroots organizations to help Donald Trump become America’s 45th president.

The report opens by recounting Russia’s initial intent, which was to “provoke and amplify political and social discord.” The executive summary explains that the campaign to influence the elections eventually evolved into “a targeted operation that by early 2016 favored candidate Trump and disparaged candidate Clinton.”

The two-year investigation discovered that one of the most frequent targets of the Russian effort to hack democracy was the black protest movement. According to the redacted copy of the report, the Russian government created the Internet Research Agency (IRA) to harness social media and internet personas as a means of influencing voters.

Volume I of the report notes:

On Facebook, the IRA created groups like “Black Matters, “Blacktivist” and “Don’t Shoot Us,” to either drum up support for Trump or to denigrate the Hillary Clinton campaign, thereby attempting to suppress the enthusiasm for the Clinton campaign. Mueller’s report notes that “IRA-purchased advertisements featuring Clinton were, with very few exceptions, negative.”

The special counsel’s office alleges that—in at least one case—the IRA targeted the family of a black activist whose name was redacted and “a number of black social justice activists while posing as a grassroots group called “Black Matters US.” On April 6, 2016, the IRA bought Facebook ads for the Black Matters account calling for followers to “take a photo with #HillaryClintonForPrison2016” or “Nohillary2016.”

Black Matters US evolved into a full news site covering African American news and information with subtle anti-Hillary undertones. It appeared to have a full-time staff of black writers with experience in journalism and media. But it turns out, all of the writers, including black-sounding Tylissa Hide and Yan “Big” Davis may have been fictional creations of Russian hackers according to the House Intelligence Committee’s metadata from Black Matters US. According to Think Progress, only one of the writers had any identifiable information, which also turned out to be false.

Still, the group’s social media posts were shared with hundreds of thousands of people and included a network of real activists who started podcasts, filmed hip hop videos and started a YouTube channel, all financed through the efforts of Russian actors. The site included contributions from real-life activists, including numerous posts attributed to Marshata Caradine-Randall, an activist who coincidentally spoke at the St. Louis Women’s March

Black Matters US still maintains a news site although its last news story was in 2017. Its Instagram, Facebook page and Twitter accounts also appear to be suspended.

Facebook and Twitter eventually suspended hundreds of accounts linked to the 12 Russians indicted in the special counsel investigation, some of which spread hashtags like the #DontVote hashtag, which was shared by some black activists on Twitter:

If #Hillary and #BernieSanders can’t tell us what percentage of resources will be allocated to Blks then #dontvote pic.twitter.com/rOAe9BBwXa

But the IRA went beyond social media to infiltrate black organizations. In February 2017, the fictitious online persona “Black Fist,” who was primarily concerned with black people protecting themselves and knowing the law, hired New York martial arts instructor Omowale Adewale to teach a self-defense class in Astoria, NY. 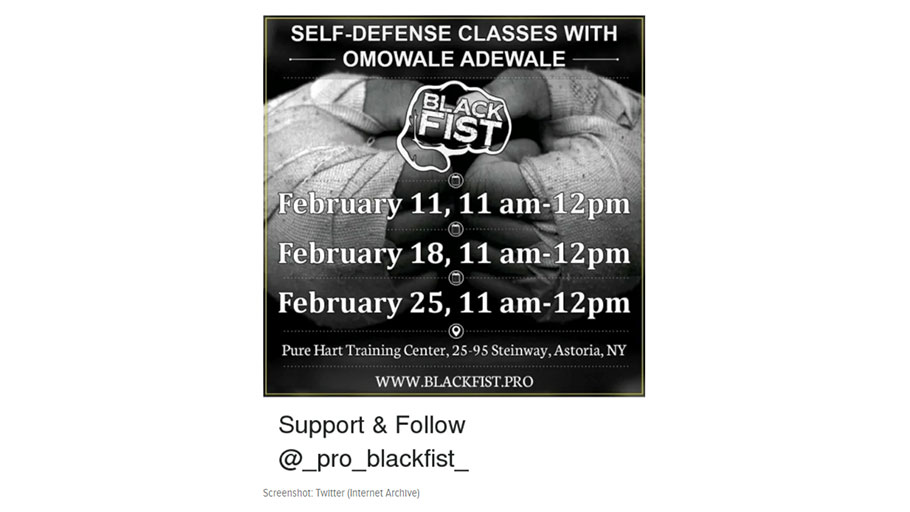 According to WTXL, Adewale didn’t know that Russians were behind it and he was paid $320 per class through PayPal and Google Wallet for four monthly classes. His contact was a person named Taylor, who he only communicated with via telephone and who instructed Adewale to take pictures of black people learning martial arts.

The same scenario took place in dozens of cities across the US, which all included the similar circumstances as the mysterious “Taylor” paying personal trainers, boxing instructors and martial arts teachers to teach self-defense to African Americans—but only if they could take pictures.

So what would the point of pictures of black people learning to fight?

Well, it seems as if the Russians knew that playing up white people’s racial anxieties was one of the keys to helping Trump win. One of the earliest of the dozens of rallies organized by the IRA was a November 2015 confederate rally in Houston, TX. Another Russian Twitter account played up white anger by tweeting: “To those people, who hate the Confederate flag. Did you know that the flag and the war wasn’t about slavery, it was all about money.” Investigators note that the tweet received over 40,000 responses.

The IRA also created anti-immigrant personas and social media memes to exploit xenophobic and Islamophobic fears. In a short time, an anti-immigrant account (@America_1st_) gained 24,000 followers. Another fake account (@Pamela_Moore13) spread racist memes and was retweeted by Sean Hannity, Donald Trump Jr. and other conservatives, boosting the fictitious person’s profile to more than 70,000 followers. The “Don’t Shoot Us” Facebook group had over 250,000 followers and the report estimates that IRA-controlled accounts “may have reached 126 million people.”

Interestingly, the first piece of stolen data from the Democratic National Committee’s hacked email server that was shared with reporters by Guccifer 2.0 was the DNC’s notes about Black Lives Matter, according to the special counsel report.

Well, Hillary Clinton received the lowest percentage of the white vote (37 percent) of any presidential candidate—Democrat or Republican—in 32 years. According to the Washington Post, more than one-third of the 4.4 million Obama voters who stayed home during the 2016 presidential election were black. And Pew Research reports that, in 2016, black voter turnout was down for the first time in 20 years while white voter turnout increased.

No one can be sure if the voter turnout is due to the fact that Obama raised the enthusiasm of black voters during his campaign but the Mueller report makes one thing clear:

When it came to the black vote, there was definitely obstruction.