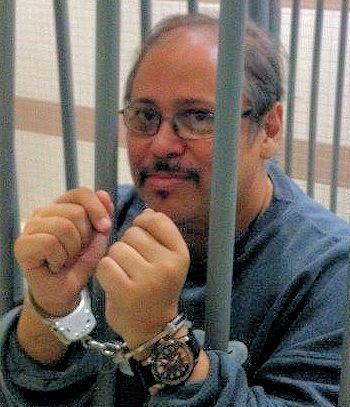 No one truly knows a nation until one has been inside its jails.

“They will never be able to break my spirit or my will. Every day I wake up alive is a blessing.”

On Thursday, December, 5th, the world began to mourn the passing of the legendary South African revolutionary Nelson Mandela.  Mandela, known by his family name Madiba, the most recognized figure in the world had earned the respect and admiration of the global society because he brought the white supremacist Apartheid system to its knees, leading to his emergence as the first Black President of South Africa. But his victory would come at an enormous personal cost; he was imprisoned for twenty-seven years as the Johannesburg government tried to break his will engaging in all kinds of physical and psychological torture. During his time in prison the cries of millions were heard in the United States as the echoes of “Free Nelson Mandela” reverberated throughout American cities and campuses.

As I was returning to East Harlem from my professorial duties at Hostos Community College, when informed of Mandela’s passing I paused in a solitary moment of silence. I could not help but reflect on the importance of this international figure to the Puerto Ricans and Latinos of my generation.  During the late ’80s I co-founded Latinos for a Free South Africa (LFAFSA), an organization committed to organize Latino support for the freeing of Mandela and to divest of all U.S. investments in this racist regime.

It was with a great source of pride that  I remember my participation in demonstrations throughout our barrios championing the liberation of Mandela. One such gathering was indeed memorable. In 1986 thousands of Latinos gathered on 116th street in Manhattan’s El Barrio, the Mecca of the Puerto Rican community, TO march up to 125th street where they joined the mostly African-American contingent from Central Harlem to Central Park in one of the largest anti-apartheid demonstrations in the city’s history. What an exhilarating expression of Black-Latino unity and internationalism at its best.

But, as I mourned the passing of brother Mandela, I could also not help but think about what impact the commemoration of the coming weeks would have on the case of our beloved Oscar López Rivera, the Puerto Rican political prisoner languishing in an American prison for 32 years.  Just weeks earlier Puerto Ricans and supporters of Oscar had marched over the Williamsburg Bridge calling for President Obama to “Free Oscar López Rivera,” generating echoes of what we had done in the ’80s for Mandela.

While Oscar López Rivera’s name does not have the international immediate name recognition of Mandela’s, the parallels are striking.  Both Mandela and now Oscar López were jailed for “seditious conspiracy” for trying to overthrow a colonial government that was violating international law and committing  “crimes against humanity.” Also in their respective eras Mandela and Oscar were the longest held political prisoners, receiving disproportionate sentences though having never engaged in any act of violence.  Both men  were also tortured, held in solitary confinement, and had barbaric acts committed against their persons in prison.

Both freedom fighters garnered  calls for their release from religious leaders, Members of Congress,  elected officials and celebrities.  Nobel Prize Laureate and South African Archbishop Desmond Tutu stated that López’s only crime was “conspiring to free his people from the shackles of imperial injustice.”

Only weeks earlier I had participated at Hostos college, as had many did throughout  the United States and Puerto Rico,  in a mock-up prison cell  where participants were asked to spend time in a constructed  6 by 9 prison cell to express support for López’s release. To this day, seventy-year-old Oscar López Rivera remains in a cell in Terre Haute, in Indiana.

These two lideres are testaments to the human spirit. Men of enormous humility, courage, and principle  criminalized by the American government as “terrorist” but willing to take on world imperial powers for the love of their nation and people. During the coming weeks as the world mourns and commemorates our beloved brother Mandela many of us will come to understand that the struggle of South Africans and Puerto Ricans against colonialism have been joined in the persons of Nelson Mandela and Oscar López Rivera.

Out of the pain of two nations crippled by colonial oppression these two freedom fighters were born with indomitable spirits holding the keys to a transformative liberation.  As global leaders and the world commemorate the passing of the legendary figure Nelson Mandela, may progressive American freedom lovers find room in their hearts to sign a petition, join a march, write a letter, call the White House and ask President Obama to pardon Oscar López Rivera and grant his immediate release.

The spirit of Mandela lives in Oscar.

Howard Jordan is an educator, attorney, journalist, and political activist. He is an associate professor in the Department of Behavioral and Social Sciences at Hostos Community College in the South Bronx and teaches public administration, criminal justice and legal is also host of the highly regarded radio program, The Jordan Journal, heard Fridays from 3-4pm on WBAI- Pacifica Radio. In the late ’80s, he co-founded Latinos for A Free South Africa to challenge the racist practices of the South African regime. He can be contacted at thejordanjournal@hotmail.com.