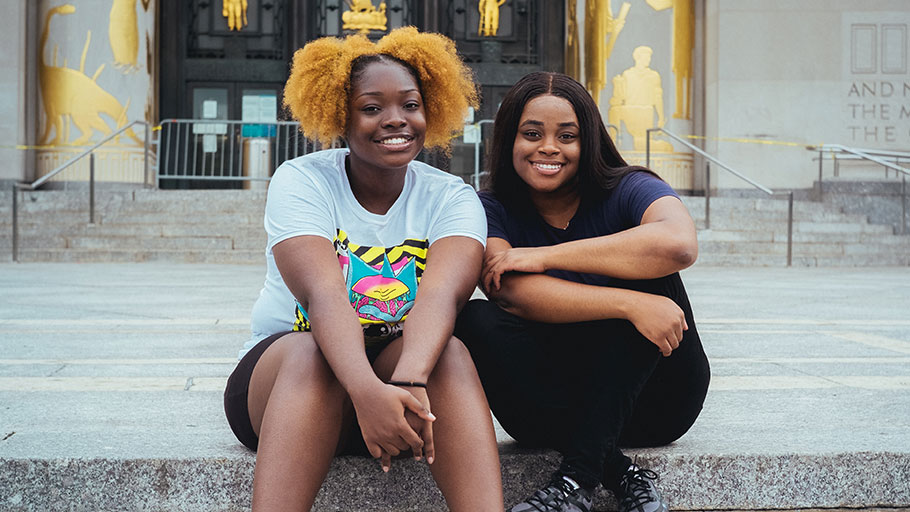 New College Board curriculum puts the African diaspora in the spotlight

You Are Here: Home » Blog » News & Current Affairs » New College Board curriculum puts the African diaspora in the spotlight

As the country grapples with issues raised by the emerging racial justice movement, the influential College Board is launching an ambitious national curriculum on race with an Advanced Placement program on the African diaspora.

Given AP’s importance on high school transcripts and in college admissions, the program has the potential to make Black studies a popular college-prep offering in coming years.

Its release follows a three-year pilot in 11 public schools with widely varying racial demographics — urban schools enrolling mostly students of color in New York, Philadelphia, Atlanta and Miami, as well as predominantly White schools in suburban communities such as Norman, Okla., and Huntsville, Ala. Each school partners with a mentoring university.

This effort could not be more timely, according to Ernest Morrell, a professor of Africana studies at the University of University of Notre Dame who co-chairs the AP committee that oversees the curriculum. “I think there is going to be a convergence between the work we are doing and the larger universe demanding some form of racial justice,” he said.

The curriculum, which covers people of African descent who were dispersed globally through slave trades and other historic movements, aims to help answer two key questions about educational equity and diversity. Can a widely available college-level curriculum on the Black experience boost Black students to greater academic success in AP programs, where they are historically underrepresented? And can other students, whether White, Latinx or Asian, deepen their personal racial awareness by studying an Africana curriculum?

The focus extends geographically and conceptually beyond a traditional introductory African American studies course, instead featuring a global and cross-discipline orientation. For example, a student might trace the diverse roots of the actors in the groundbreaking movie “Black Panther” — whose heritage links to Uganda, Zimbabwe, Kenya and other countries — or conduct independent research comparing the variations in a visual art motif seen in Ghana, Haiti and Louisiana.

Rather than create a separate Advanced Placement subject course, the College Board has linked the diaspora curriculum to its skills-based Capstone program. Capstone, which was introduced in 2014, allows students to gain AP credit through independent research projects, extended essays and oral and visual presentations on contemporary issues. They also take a year-end standardized skills-based exam. More than 300 colleges and universities now grant course credit for students who earn passing Capstone scores.

As the new program grows, Morrell hopes those institutions will begin to offer credit specifically for Africana studies. He already is discussing that possibility at Notre Dame.

High school teachers can approach the curriculum in varied ways since it serves as more of a framework than a syllabus. “There’s personal freedom to take it in different directions,” said Norman High teacher Michael Grubb, whose class is mostly White. “The issues that are salient for New York City may be different than for us here in Norman.”

Grubb has opened his class these last three years by defining the general phenomenon of diaspora and how it manifests in different regions of the world. By contrast, Andrew Geathers of Brooklyn’s Bedford Academy has developed Socratic seminars that analyze African conceptions of time. He asks every class what it means to be Black, a discussion that resonates deeply in a school comprised almost entirely of Afro-Caribbean, African American and African students.

The students respond in kind. As a senior at nearby Medgar Evers College Prep, Kayla Sergeant examined the school-to-prison pipeline in the United States after seeing a documentary about the case of the Central Park Five teenagers who were falsely accused of rape. She looked at disparities in sentencing for Black and White defendants convicted of the same crime. But she also identified international parallels.

“I was looking at injustices people of African descent faced, not just in America but around the world,” said Sergeant, now a freshman at Howard University who plans to become a criminal justice lawyer.

High school classmate Romeline Marceau studied the sharply higher childbirth mortality rates for Black women globally. “I wouldn’t have known about this if I weren’t prompted to do so by the class,” she said. She starts her college career at SUNY-Buffalo this month and intends to become an obstetrician-gynecologist.

The two teenagers’ personal connection to the new diaspora curriculum illustrates how it can empower Black students to see themselves as part of a greater narrative.

“My understanding of African wasn’t what it is now,” said Sergeant, who is second-generation Grenadian American. “I wouldn’t have wanted to be identified as African. At the beginning of the course, I would have just said I was African American. And I can’t put down both African American and Afro-Caribbean on the census. At the end of the day, I say I am of African descent. I know I’m proud of where I come from.”

Morrell said such personal experiences can also strengthen academic success. “The research demonstrates it,” he said, with data from the three-year pilot indicating the program will likely attract Black students who have never taken AP courses as well as encourage them to take additional ones.

The College Board collaborated on the project with the nonprofit African Diaspora Consortium and Columbia University’s Teachers College. Consortium president Kassie Freeman expects the curriculum to catch on quickly and “positively impact Black student outcomes.” Black students’ scores on AP tests in recent years have remained significantly lower than those for other groups. In 2019, Black students passed 32 percent of the AP exams they took, compared to 44 percent for Latino students, 65 percent for White students and 72 percent for Asian students.

White students have also found ways to personally engage with the African diaspora. At Huntsville’s Virgil Grissom High, Henry Patterson and three other students studied colorism — a favoring of lighter skin color — and analyzed how and why the cosmetics industry prioritizes products for light skin tones. “We realized that as consumers, Whites have some inherent privileges,” said Patterson, who is both White and Filipino.

The senior also became more aware of colorism in the Filipino community. “Skin-bleaching products that are sold on the street in the Philippines can be really dangerous,” he noted. “The project allowed me to draw parallels as someone of Filipino descent.”

This fall, some classes will explore the anti-racism protests that have rocked numerous countries in 2020. More than 100 teachers took part in a recent training on the diaspora curriculum, and Rhonesha Blaché, a doctoral candidate at Columbia University who is overseeing its implementation, said the group had plenty of examples to consider during the discussion.

“We covered such things as how art or even fashion are used to protest, songs versus poetry versus fine arts,” she said. “We looked across populations in the diaspora at what is happening in the U.S., the U.K., in Colombia, across Asia, you name it.”

Erik Gleibermann is a journalist in San Francisco.