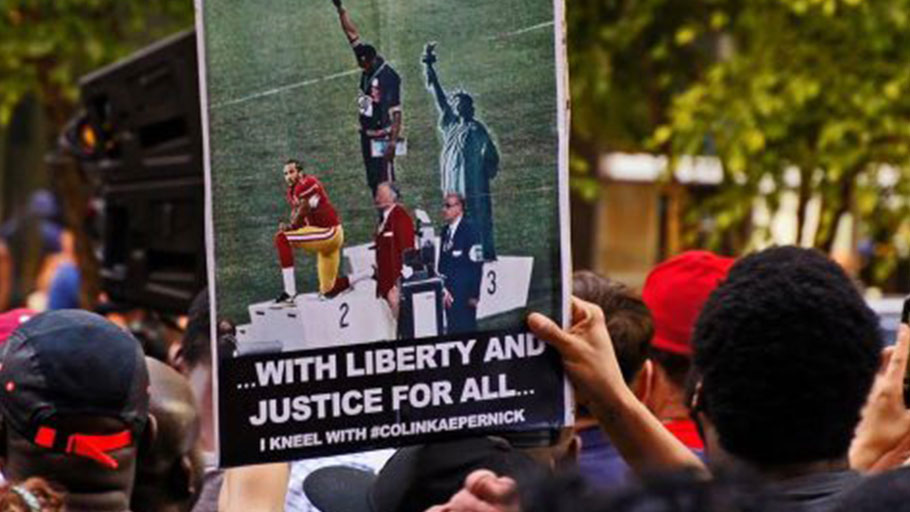 On Wednesday August 23rd, people gathered at the offices of the National Football League [NFL| in Manhattan NYC. By some accounts 3-4 thousand people attended. The rally was in support of quarterback, Colin Kaepernick who refused to stand for the Star Spangled Banner prior to the beginning of the football game but instead choose to kneel rather than pay homage to the flag that represents the racism which is so prevalent against the Black population in the United States, especially in the murder of Black people by police, a crime that goes unpunished. As a result of his doing this Kaepernick has not been picked as a team player on any of the NFL football teams for the coming season. At this point many other players are also ‘taking the knee’, including young people on college and high school teams.

The rally included a broad array of many civic and community activist organizations, the speakers demanding that Kaepernick be given the opportunity to play. If not a boycott of the games and the sponsors of the NFL was demanded. The speakers did not limit the issue to Kaepernick but discussed the broader struggle against white supremacy which projected itself so violently in Charlottesville with fascists parading with torches and proclaiming, “You [Blacks] will not replace us” and “Jews will not replace us”. One of the many speakers was Dave Zirin [sports commentator for the Nation Magazine] who spoke of the Palestinian struggle to great applause as he pointed to the fascist/Zionist Jewish Defense League across the street demonstrating against this rally. Another speaker was Linda Sarsaur, who is one of the organizers of the Women’s March the day after Trump’s inauguration, a Palestinian activist in America who is subjected to the Islamaphobia so prevalent in the United States. She noted in her speech “if you are not ready to put your life on the line for freedom then take the word out of your mouth”.

The rally ended with everyone holding the hands of the people next to them as a minister said a prayer asking for justice. Several important issues were addressed at this event – Colin Kaepernick’s punishment for exercising his 1st amendment right to freedom of speech, the racism increasingly prevalent, and the power of money, in this case in the hands of the team owners, to do whatever they want in disregard of the people. Certainly a fact of life in all areas in the USA today.

Zirin: White players kneeling during anthem a nightmare for NFL 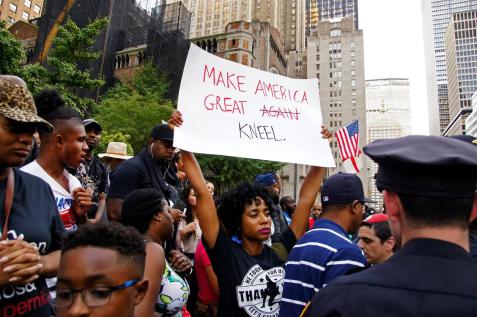 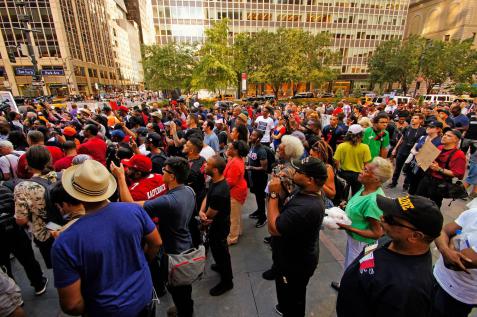 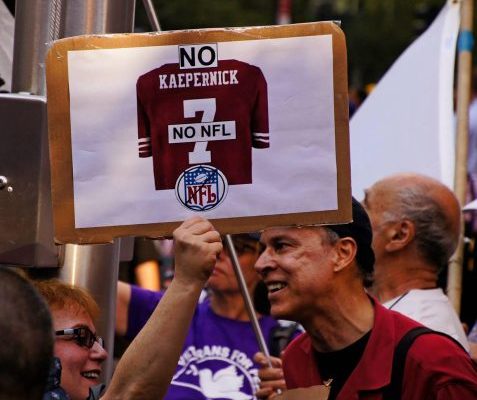 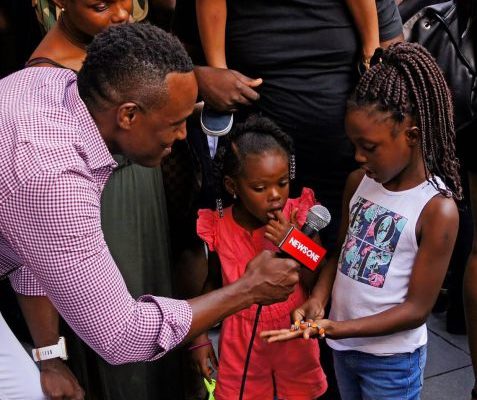 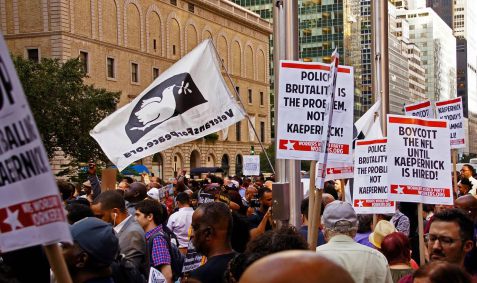 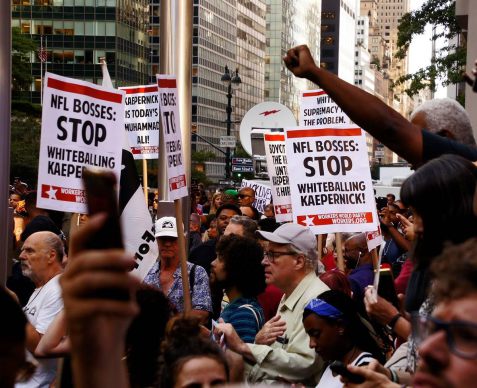 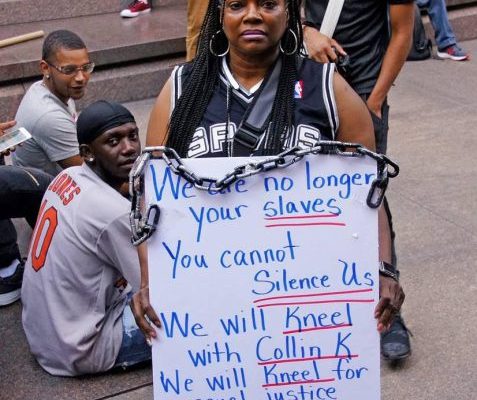 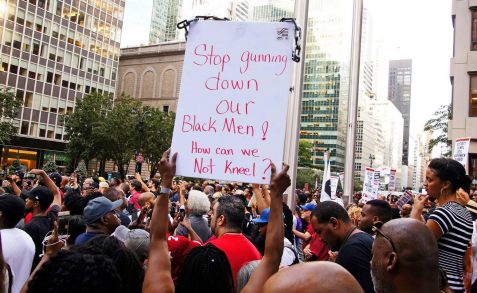 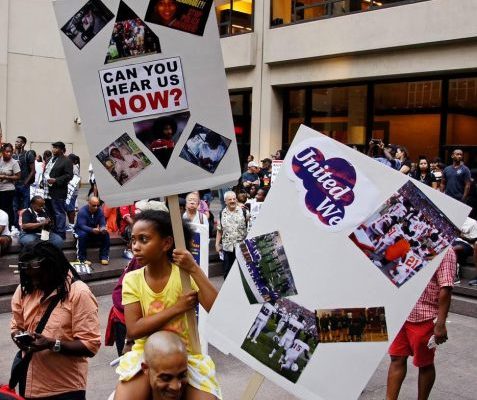 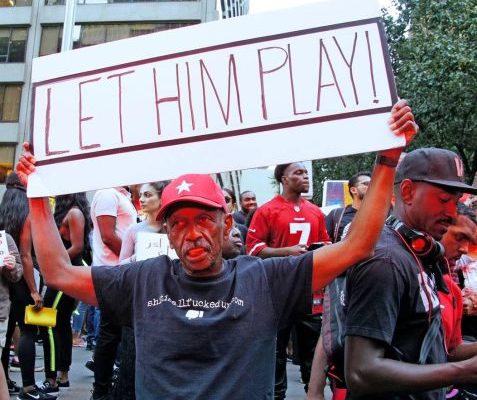