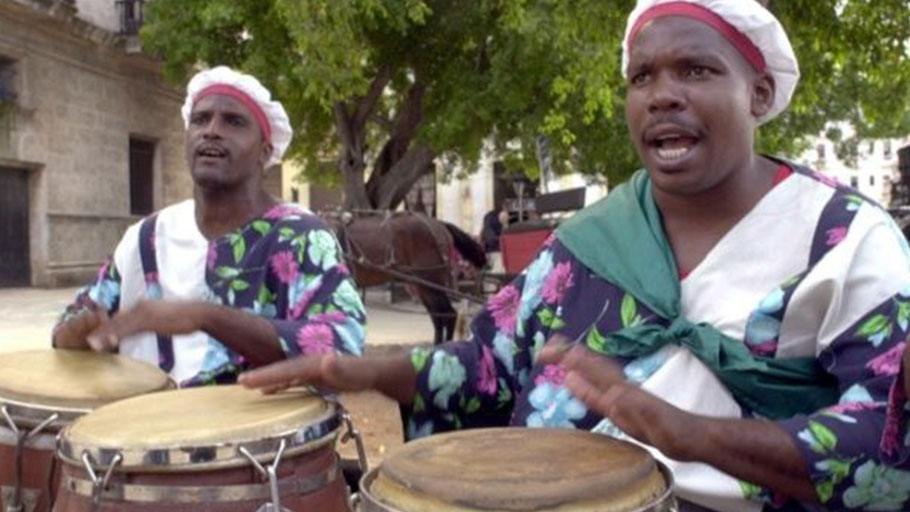 After listening to President Donald Trump’s June speech on Cuba, in which he reversed all the steps that the Obama administration had made to improve relations, one might not think to look towards this island nation as such an exemplary society. However, one must understand the history of Cuba to see why the U.S. government is escalating the six-decade war and embargo against the socialist country. It is not hard to see that the issue of race is central to the capitalist empire’s war on this socialist stronghold.

The Revolution’s Early Measures Against Racism

Like most colonial nations, institutional racial oppression was brutal in pre-revolution Cuba. Black Cubans formed the most oppressed sector of society: they faced rampant job discrimination in which they had no access to most positions in government, health care, transportation, and retail. A system of Jim Crow-style segregation relegated Afro-Cubans to specific neighborhoods and schools, and they were banned from hotels and beaches.

Illiteracy was widespread among the most oppressed sectors, and medical care was out of reach. Few know that after Castro’s failed guerilla attack on the Moncada Garrison in 1953, it was a black lieutenant from then Dictator Fulgencio Batista’s army that found him in the hills, and — sympathizing with the rebel cause — saved Castro’s life by sending him to jail in Santiago rather than to the Moncada Barracks where he would have been shot and killed along with the 70 guerilla soldiers who met such a fate. History works in mysterious ways.

When the revolution triumphed six years later, one of new government’s first measures was to abolish racial discrimination in employment and recreational sectors. When the rebel army tanks entered Havana, they crushed the hotel fences, which represented the old racial order signifying where the black and poor could not go. Castro’s government abolished the private school system of the white Cuban elites and established a well-funded and integrated public school system for all.

Revolutionary laws were passed to outlaw racial discrimination in housing, employment, healthcare and education. Hence, while the white upper class Cubans fled to Miami, there were no questions of loyalty from working class blacks as to whether they would support the socialist government. The fight against racism and the struggle for socialism go hand in hand.

The revolution dramatically improved the socioeconomic conditions of black workers and farmers, cutting rents in half, redistributing land, and providing universal free education and healthcare to all. Before 1959, over a quarter of Cubans were illiterate. The revolution launched a massive literacy campaign, sending brigades of student teachers into the most remote areas of the countryside, and in 1961, Cuba was declared free of illiteracy. Today Cuba has a 99.8 percent literacy rate, the highest in Latin America.

Cuba has always been a guiding light in the black freedom movement. Fidel’s historic visit with Malcolm X in Harlem’s Theresa hotel in 1960 was symbolic of the Cuban revolution’s blow against colonialism and world white supremacy. Both Malcolm and Castro understood the centrality of racism to the capitalist system: “you can’t have capitalism without racism,” Malcolm once famously said. Along the same vain, at the 2001 World Conference against Racism , Castro argued that:

“Racism, racial discrimination and xenophobia are not naturally instinctive reactions of the human beings but rather a social, cultural and political phenomenon born directly of wars, military conquests, slavery and the individual or collective exploitation of the weakest by the most powerful all along the history of human societies.”

Assata Shakur, former leader of the Black Liberation Army and one of “America’s Most Wanted’, escaped prison in the 1970s, and sought refuge on the socialist island. Cuba has vowed to protect this revolutionary heroine, a crime for which the empire will never forgive her. This past June, when President Donald Trump demanded that Cuba return Shakur, Cuba’s Deputy Director of American Affairs said: “It is off the table .” Throughout the ‘70s, other African-American revolutionaries such as Eldridge Cleaver, Huey Newton and Stokely Carmichael all visited the revolutionary Caribbean nation. Over the decades, black pastors and community leaders have led key US-Cuba solidarity initiatives such as Pastors for Peace which has made over 20 annual trips to Cuba and raised awareness to end the embargo of the island. Indeed, the African-American people have been the most consistent and loyal of friends to the Cuban people.

Less well-known is Cuba’s historic and pivotal role in supporting the African Liberation movements of the 1960s and ‘70s. For a period spanning over a decade, the small island nation sent over 300,000 volunteer soldiers to Angola, not in pursuit of diamonds, oil or natural resources like the imperialist nations, but to assist the anti-colonial fighters of Angola in their struggle against the South African apartheid army which had invaded the newly independent nation.

As Guinea Bissau’s legendary independence leader Amilcar Cabral once said of this selfless solidarity: “When the Cuban soldiers go home, all they will take with them are the remains of their dead comrades.” Cuban forces struck the decisive blow to defeat the apartheid army in the battle of Cuito Cuanavale.

In addition, Cuba sent troops to battle alongside independence fighters in Algeria, the Congo, Ethiopia and Guinea-Bissau. In his 2000 speech at Harlem Riverside Church, Fidel exclaimed that:

“Half a million Cubans have carried out internationalist missions in numerous countries in different parts of the world, especially Africa. They have been medical doctors, teachers, technicians, construction workers, soldiers and others. When many were investing in and trading with the racist and fascist South Africa, tens of thousands of voluntary soldiers from Cuba fought against the racist and fascist soldiers.”

It was these historic feats of internationalist solidarity that prompted Nelson Mandela to visit the Caribbean nation after his release from prison, where he proudly stated : “The Cuban people have a special place in the hearts of the people’s of Africa.”

One of the landmark pillars of the revolution has been the establishment of a world-class health care system which provides free, quality medical care to all Cuban citizens, and has disproportionately benefitted the island’s black and historically marginalized citizens. While all Cubans have free access to comprehensive medical care, people of color in the United States (the richest country on earth) face extreme health disparities and make up over half of the 32 million nonelderly uninsured. Cuba has twice as many primary care doctors per capita than the United States, due to its prioritization of community-level preventative care.

If there’s one accomplishment the international community cannot ignore it is Cuba’s ‘medical internationalism’ which in 2014, saw 50,000 Cuban doctorssaving lives in over 60 developing nations across the globe. While activists around the world attend protests, Cuba demonstrates her belief that black lives matter by sending doctors and medical personnel overseas to African and Caribbean nations to literally save black lives. Cuban doctors operate a comprehensive health program, which makes 3,000 doctors available for the region of Sub-Saharan Africa. Speaking on Zimbabwe, a nation where the former apartheid regime did not train any black doctors, Fidel explains that, “We sent teams of 8 to 10 doctors to every province: specialists in comprehensive general medicine, surgeons, orthopedic specialists, anesthiologists and x-ray technicians.”

In the aftermath of Hurricane Katrina, the Cuban government assembled the Henry Reeve Brigade — 1,500 fully equipped health professionals trained in disaster medicine — which were brought together on an airstrip, ready to depart for New Orleans immediately to help save black lives.

President Bush rejected the offer. Many of these same doctors then went to Haiti, the Western Hemisphere’s first free black republic, where today there are several hundred Cuban doctors and specialists providing free health care to 4 million people. After the deadly 2010 earthquake, Cuba health professionals arrived within 72 hours as some of the first responders.

The United States, on the other hand, sent thousands of marine soldiers to the island. This juxtaposition speaks volumes regarding the values of capitalist and socialist societies. In the aftermath of catastrophic disaster, one society exploited the crisis and sought to control black life; the other sought to save it. More recently, the same international Medical brigade spearheaded the fight against the Ebola epidemic in West Africa, sending surgeons,intensive-care doctors, epidemiologists and pediatricians. These efforts earned Cuba an award from the World Health Organization.

If it were not enough to export its own doctors to countries in need, the Cuban revolution has also taken up the admirable task of training doctors from other countries free of charge in Havana’s Latin American School of Medicine (ELAM). ELAM currently has an enrollment of over 19,000 students most of which are from Africa and Latin America. Medical school is free for all students, and this includes over 100 scholarships for African American and low-income students from the United States who have agreed to use their training to serve low-income communities at home.

Despite these social gains, Cuba is far from a racial utopia; blacks are still underrepresented in high-level government positions and in the lucrative tourism industry, and whites have had disproportionate access to the new market-driven sector of the economy that emerged during the special period. However, most can acknowledge that it is quite difficult for a society to overcome a racial legacy of 400 years of colonialism, in just 50 years of revolution. The struggle against racism in Cuba is an ongoing process.

It is precisely because of these anti-racist and pro-worker policies, and Cuba’s audacity to stand tall in the face of empire, that the U.S. government has labeled her “a violator of human rights.” On the contrary, it is the U.S. government whose police forces continue to take black lives with impunity, and wage a war on the poor, who is the real human rights violators. Let us lift the embargo on Cuba and put the embargo on US capitalism and racism. Let us not forget that if there ever was a place where black lives truly matter, it’s Cuba.

Andrew King is a public policy doctoral student at UMass Boston, an activist-scholar, and has supported Black Lives Matter organizing and other racial and economic justice campaigns. Andrew has also done solidarity organizing with and research on Latin American social movements and has traveled to Venezuela and Cuba. He can be reached at andrew.king003@umb.edu.