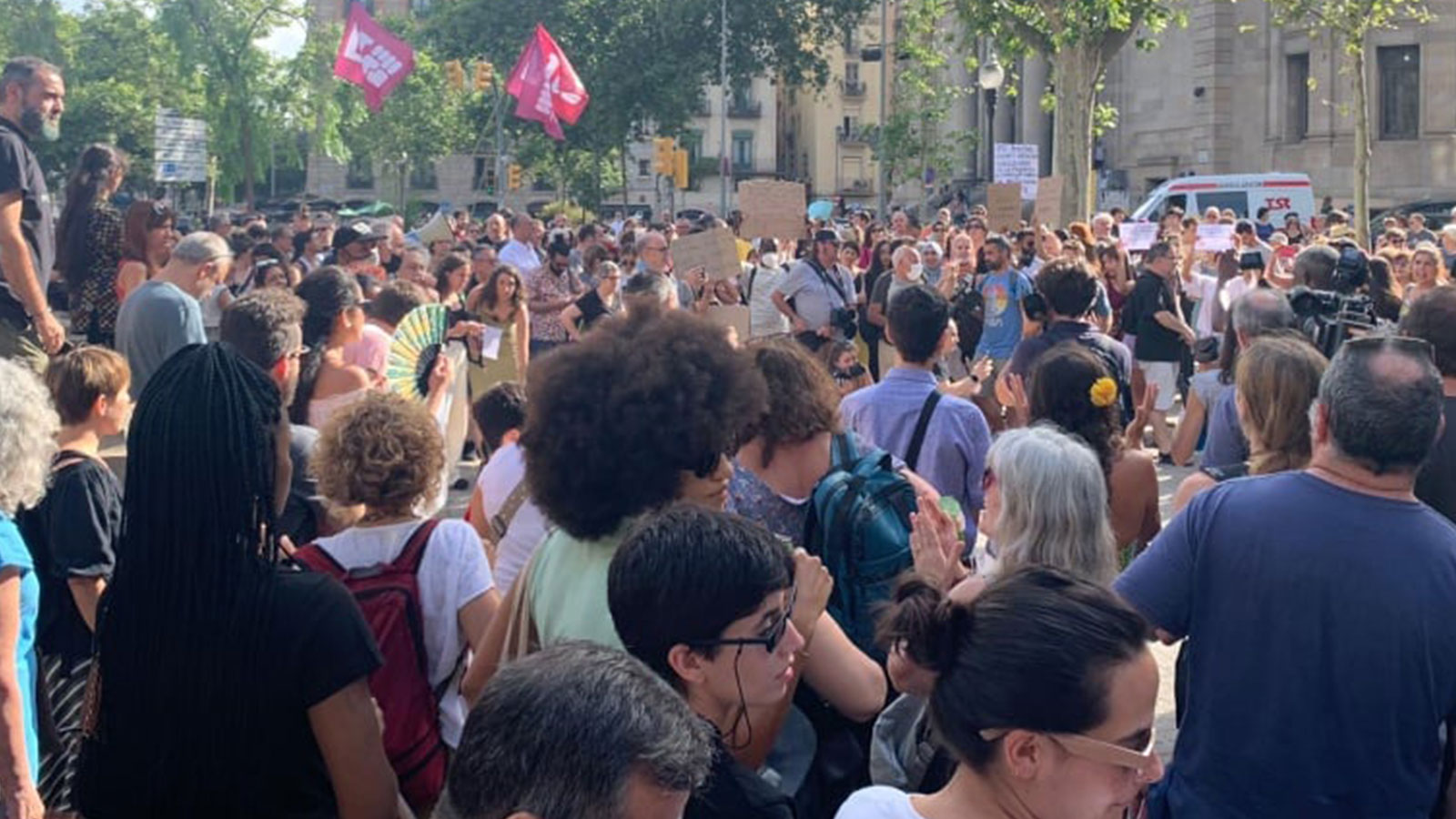 Protests across Spain after massacre of migrants in Melilla

You Are Here: Home » Blog » News & Current Affairs » Protests across Spain after massacre of migrants in Melilla

Protests erupted across Spain on Sunday evening after the mass killing of at least 37 people. They died on Friday trying to enter the Spanish enclave of Melilla in north Africa—a colonial legacy—that borders Morocco.

Moroccan security forces, acting in alliance with the Spanish National Police and the Civil Guard, crossed the barrier between Morocco and Melilla. They hit, beat to death and drove back migrants who had managed to break through to Melilla. This is the price of the European Union’s border regime—bloodied and pummelled corpses of desperate people.

Melilla and Ceuta, Spain’s other North African enclave, have the European Union’s only land borders on the African continent. Spain and Morocco seal the border with ten-metre iron fences, barbed wire, watchtowers and brutal repression of those who try to enter the EU without the official documents.

A video and several photographs featured on the Público website show assaults on 500 people who had reached the fences and 133 who managed to cross. The migrants had organised themselves and launched a planned and defiant attempt to breach the border.

But then came the states’ response. “The migrants who managed to cross were surrounded by the Spanish Police and the Civil Guard, who pushed them towards the Moroccan side. Some managed to break free and run further into Melilla,” says photojournalist Javier Bernardo.

He added that he was surprised to see Moroccan forces openly working in Spanish territory—normally strictly forbidden.

Spain’s president Pedro Sanchez from the PSOE, the equivalent of the Labour Party, paid homage to the work of the Moroccan forces. He described the migrants’ attempts to find safety and escape poverty as an attack on Spain’s “territorial integrity”.

Jesús Melillero, a member of the Marx21 socialist group in Melilla said, “The Spanish government, which calls itself progressive, has applauded in the declarations of Pedro Sánchez, a massacre which is the product of the EU’s migration policies.

“Despite the indignation of many people in the city, this Spanish semi-enclave in Morocco has tried to maintain normality, as if dozens of people had not been murdered here in cold blood.”

Spain will seek to have “irregular migration” listed as one of the security threats on Nato’s southern flank when the alliance gathers for a warmongers’ summit in Madrid next week.

Sanchez peddled the disgusting evasions of all ruling classes, including Britain’s. He said, “If anyone is responsible for everything that happened at the border, it is the mafias that traffic in human beings.” In fact, these traffickers gain from the borders and laws that stop migrants. And it is the violence of the Spanish and Moroccan states that are so deadly.

Even the thoroughly mainstream United Nations refugee agency said many of those killed and injured were from Chad, Niger, Sudan and South Sudan, and therefore possible asylum seekers according to international law.

The previously radical Podemos party is in government with the PSOE. Its spokesperson Idoia Villanueva called only for the imposition of “international law”. The Moroccan authorities officially recognised only the deaths of 23 people who were suffocated or crushed near the Moroccan fence.

Spain has tried systematically to make Morocco responsible for the border with its enclave. The Moroccan government has now taken this on and in return Spain recently supported Morocco’s plan to deny self-determination to the people in the territory of Western Sahara.

The protests on Sunday are a positive sign of a fight against the government’s killer borders. As hunger and poverty grow, there will be more migrants and refugees. The battle continues to overthrow the border regimes of Britain and the European Union.