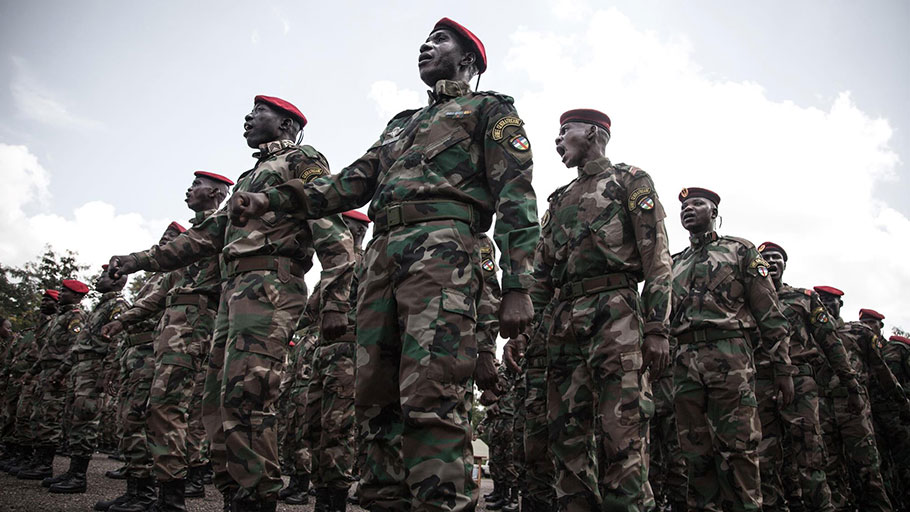 The impoverished nation is the staging point for Moscow’s revival in Africa.

The team of Russian journalists who flew into the Central African Republic (CAR) last month were on a mission to investigate Moscow’s growing role in one of the world’s poorest nations. Days after arriving, the three men were murdered by unknown assailants. Their local driver told CAR authorities that they were killed at a roadside checkpoint by turban-wearing men speaking Arabic or a similar language.

While the killings are still being investigated, the case highlights Russia’s increasing presence in the CAR, a country that has become a staging point for Moscow’s latest geopolitical ambition — a push into Africa. It has also raised questions about the nature of Russia’s involvement: The journalists were said by the publication who sent them to be looking into the CAR activities of a controversial Russian businessman with ties to the Kremlin.

An influential backer of communism across Africa for decades, Moscow ceded influence to Western rivals after the collapse of the Soviet Union. More recently, China has made huge inroads, investing $220 billion in 2014 alone. Russia’s move into the CAR — and in several other African nations — suggests a new willingness to re-engage and make up for lost time.

“We are well behind everyone, but it’s temporary,” says Evgeny Korendyasov, a former ambassador to a number of African countries. “Now we are trying to correct that and use our competitive advantage when we can.”

Russia is intensifying its relationships in Africa, and car is one of their entry points. The government is weak, so it’s an easy target. — Thierry Vircoulon, Central Africa Expert, International Crisis Group

So far this year Russia has struck military cooperation deals with the Democratic Republic of Congo, Ethiopia, Guinea and Mozambique. Others, including Nigeria and Angola, have agreed to buy arms from Moscow or are working with Russia to exploit mineral deposits. “We have the competitive advantage in the arms trade because we have a better cost-benefit ratio,” Korendyasov says. “The Africans like that better because it is more at the level they can afford.”

But nowhere is Russia’s recent entry more pronounced than in the CAR. Russia’s involvement in the country began in December when a team of military instructors and 170 “civilian advisers” arrived in Bangui to train the country’s army and presidential guard. Nine weapons shipments have arrived in the CAR capital since.

Though Faustin-Archange Touadéra, CAR president, has restored some semblance of government since taking power in 2016, 80 percent of the country is still controlled by more than a dozen rebel groups.

“Russia is intensifying its relationships in Africa, and CAR is one of their entry points,” says Thierry Vircoulon, a Central Africa expert with the International Crisis Group. “The government is weak, so it’s an easy target.”

After meeting President Vladimir Putin in St. Petersburg in June, Touadéra expressed hopes for “more active cooperation.” His national security adviser is a Russian, and Russians have formed part of his presidential guard.

The landlocked CAR consistently ranks at the bottom of the United Nations’ Human Development Index. Decades of fighting between different armed groups have stunted economic development, despite its rich natural resources. Large deposits of gold, diamonds and uranium have attracted foreign interest, but instability and violence mean few investments have succeeded. 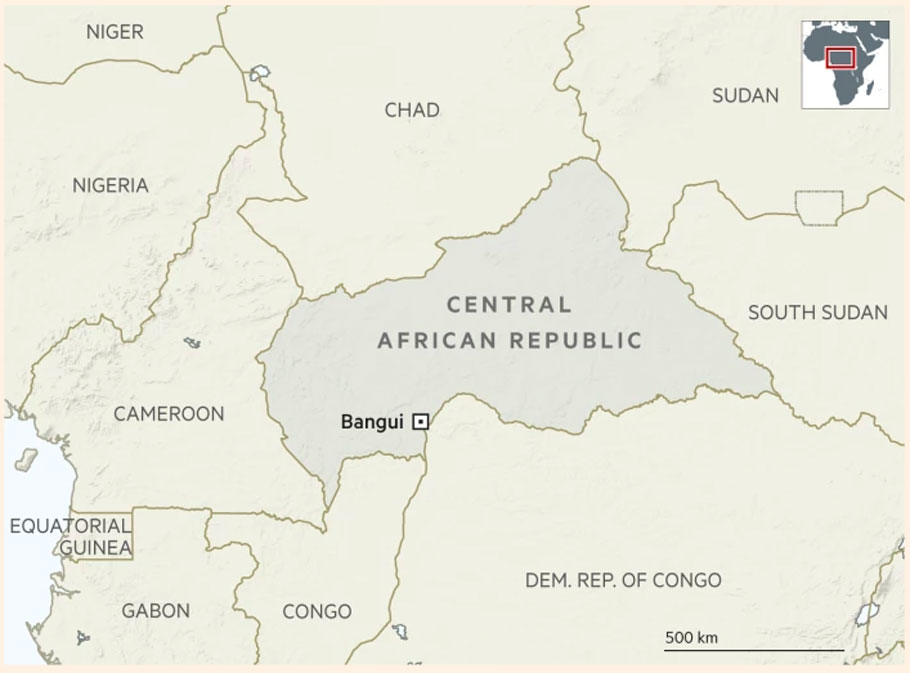 The three murdered men, all freelance journalists, traveled to the CAR as part of a story for an investigative news outlet financed by Mikhail Khodorkovsky, a onetime Russian oligarch turned fierce critic of the Kremlin.

The publication says the reporters’ aim was to visit a gold mine in a rebel-held area they believed was operated by a company owned by Evgeny Prigozhin, a prominent Russian businessman. Prigozhin, known as “Putin’s chef” for owning a company that provides the catering for lavish Kremlin banquets, was indicted in the United States this year for allegedly running an online “troll farm” that aims to sway voters in U.S. elections.

Prigozhin told a state news wire at the time that he was “completely not bothered” by the U.S. indictment. “The Americans are really impressionable people. They see what they want to see,” he says. “If they want to see the devil, let them see him.”

He is also reported by independent Russian media to have links to Wagner, the main private military contractor for the Russian army. The Russian military confirmed earlier this year that it sent “civilian instructors” to CAR.

The U.S. Treasury Department said in 2016 that Prigozhin had “extensive business dealings” with the Defense Ministry in Moscow and that a company with “significant ties to him” had a contract to build a military base near the Russia-Ukraine border. Last year, the U.S. Treasury sanctioned Wagner for allegedly sending mercenaries to eastern Ukraine and Syria. Wagner’s men were among more than 100 people whom the Pentagon said died in an airstrike after they advanced on a U.S. base near Deir al-Zor in February. Russian mercenaries in Syria are reported to have secured deals from Damascus to take a cut of proceeds in exchange for capturing rebel-held oil fields — raising suspicions that the CAR may offer something similar.

“It’s a set formula for promoting your strategic interests in foreign countries through private business,” says Ilya Shumanov, deputy head of Transparency International’s Russia branch. “The logic is that you bind the leadership of the country you’re interested in with financial obligations and sort it out through diplomatic and back channels.”

Lewis Mudge, a senior Africa researcher for Human Rights Watch, says: “Everyone in CAR is saying that Wagner is there.” Attempts to contact Prigozhin were unsuccessful. We were unable to contact Wagner as the group’s existence is not officially recognized and it has no public representatives.

Korendyasov, the former ambassador, insists Russia was being singled out for criticism because it is late to the party, when Moscow’s interests are no different from anyone else’s. “The French are very jealous of our presence in the CAR,” he says. “Everyone wants resources in Africa.”

How 2018 Became the ‘Year of the Black Progressive’

How 2018 Became the ‘Year of the Black Progressive’
We Need Your Support — Donate, Share, Sign-Up Ways to Support