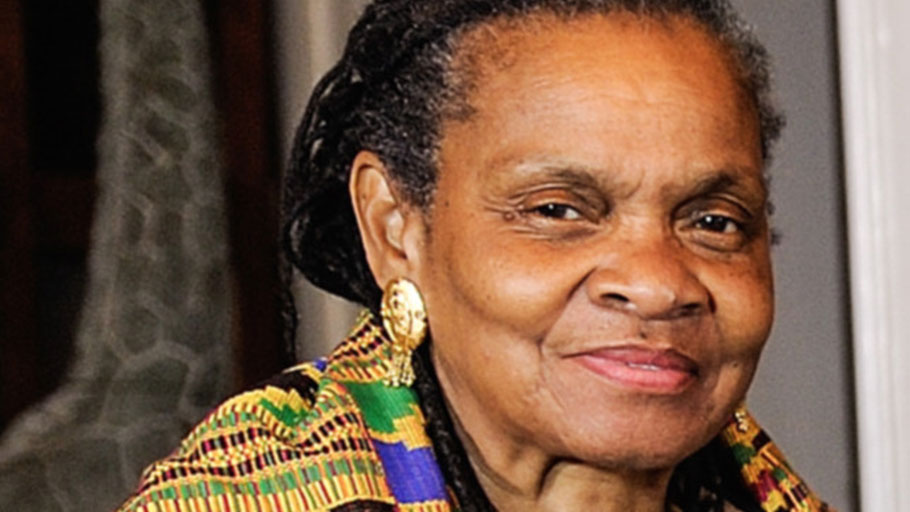 On Monday, July 16th, Faya Rose was driving by Tabernacle Baptist Church with our 11-year-old granddaughter, and there was a sign right in front of the Church on a public right of way. She stopped the car, got out and removed the sign. A Tabernacle Church Deacon thanked her for removing the sign. He said they had objected to the sign’s being there to no avail, but because it was on public right of way they had not removed it.

Tabernacle Baptist Church is a very historic church and was central and critical to the Voting Rights Movement of the 1960s. Tabernacle was the site of the first mass meetings for Voting Rights during the Movement during times when mass meetings meant great risk, including the risk of death, for all involved.

As Faya Rose left Tabernacle, someone in an unmarked vehicle began to follow her, and, when he turned on flashing lights, Toure decided not to stop until she was in a location where other people were. When she stopped, she was in front of the campaign office of the African American candidate for probate judge, Jimmy Nunn, who is now Probate Judge-elect for Dallas County.

Because she had ensured that the “Vote or Die” campaign was in no way affiliated with any individual’s campaign, Faya decided to move her car and circled the block to an area where more people were. She pulled into a parking spot at the corner of Selma Avenue and Broad Street. Eventually, nine or so policemen came in masse to arrest her, one 73-year-old Black woman.

Because she had our 11-year-old granddaughter with her, she asked them if she could call someone to come and pick her up. The police refused, and they left our 11-year-old granddaughter alone downtown with people she did not know. Faya also told the police that her wrist had been broken and was still painful, so she asked them to put the handcuffs on in front of her instead of behind her so her injury would not be aggravated. Instead, they went ahead and put the handcuffs on behind her back and then forcefully tightened them.

The police report states she was arrested for shoplifting in the fourth degree for removing a sign illegally placed on a public right of way in front of Tabernacle Baptist Church. When I learned of her arrest, I went the site of her arrest and got our granddaughter, who was crying, and comforted her and made sure she was safe. Our car was still there, so I asked the police if I could move it to our law office. They said it was evidence and refused to allow me to move it. However, they did not take it to the police station but had a tow truck come to move it to a tow yard, where one of my daughters immediately went and paid $150 to get it.

I then went to the city jail to see Faya Rose as her attorney as well as her husband. The police refused to allow me to see her or talk to her. The police asked me several times if I was going to make the $2,000 cash bond for her. I told them: “I don’t know. You will not let me meet with her.”

Later, she briefly appeared and asked me to go find the witnesses at Tabernacle Baptist Church who had thanked her for removing the sign. The police subsequently moved her to the Dallas County Jail, where she has spent the last two nights and where she remains right now. She has refused to post an unjust $2,000 cash bond for an unjust and illegal arrest. She was and is protesting her own situation as well as the unconstitutional, much more outrageous bond conditions that others in Selma and Dallas County have endured for years. She also was and is protesting the fact the police prohibited her from calling anyone to take care of her 11-year-old child whom the police just left on the street corner.

All of this reminds me of the arrest of the Selma City Councilman, who has disagreed with the Mayor on various occasions, for allegedly urinating in the street, which he has denied. There is a pattern of the city police department targeting individuals. Faya Rose’s arrest was not an isolated incident. I also believe the timing of it – the day before the Run-off Election for the Democratic Primary – was not coincidental. Throughout this election the city has selectively enforced its laws regarding political signs against Black candidates while ignoring them as to White candidates. Moreover, the City has the manpower to send nine or so policemen to arrest one 73-year-old Black woman while murders go unsolved and while death threats are completely ignored.

I saw Faya Rose this morning, and she was encouraged by Jimmy Nunn’s election and the support she has received from so many people. She remains in jail protesting the unjust and illegal practices done to her and to many others by the City of Selma. Faya hopes her circumstances will bring attention and change to the injustices that have been ongoing in the city.