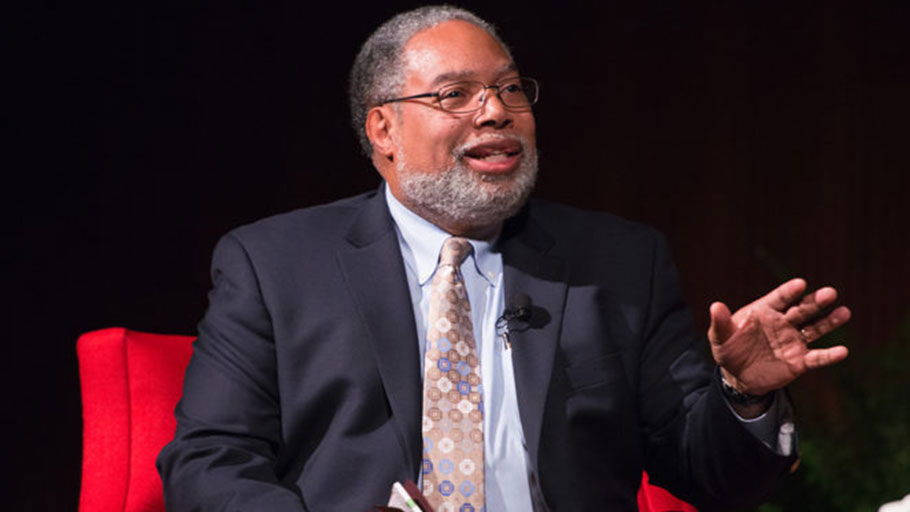 While most people know Bunch as the founding director of the National Museum of African American History and Culture, it wasn’t his first job at the Smithsonian. He was an education specialist at The Air and Space Museum in the late 1970s and worked at the The Museum of American History’s office of curatorial affairs from 1989 to 2000. Bunch is also the former director of the Chicago History Museum.

“I will work tirelessly to build upon the traditions of the Smithsonian to help America better understand the changing world it faces in the 21st century,” Bunch said at an announcement of his appointment on the morning of May 28th. Bunch’s successor is David Skorton. Bunch will begin his new job on June 16.

“The search committee unanimously felt that Lonnie was by far the best candidate of the many, many that we saw,” said David Rubenstein, the chair of the Smithsonian’s board.

“Mr. Bunch’s four decades of museum experience and his tremendous success in building the National Museum of African American History and Culture from the ground up make him the right person to lead our nation’s extraordinary federally-supported consortium of museums, research centers, and a zoo. The Smithsonian Institution’s diverse holdings and rich treasures reflect the greatness of America, and I can think of no one better to serve at its helm,” said House Majority Whip Jim Clyburn in a May 28 statement.

“Mr. Bunch has demonstrated his ability to build and steward collections, fundraise to support the preservation of these remarkable artifacts, and to tell the story of our country’s artistic and human experiences.

Bernie Sanders’ Most Socialist Idea Yet