Street Is Renamed in Flatbush, to Joy and Controversy

You Are Here: Home » Blog » News & Current Affairs » Street Is Renamed in Flatbush, to Joy and Controversy 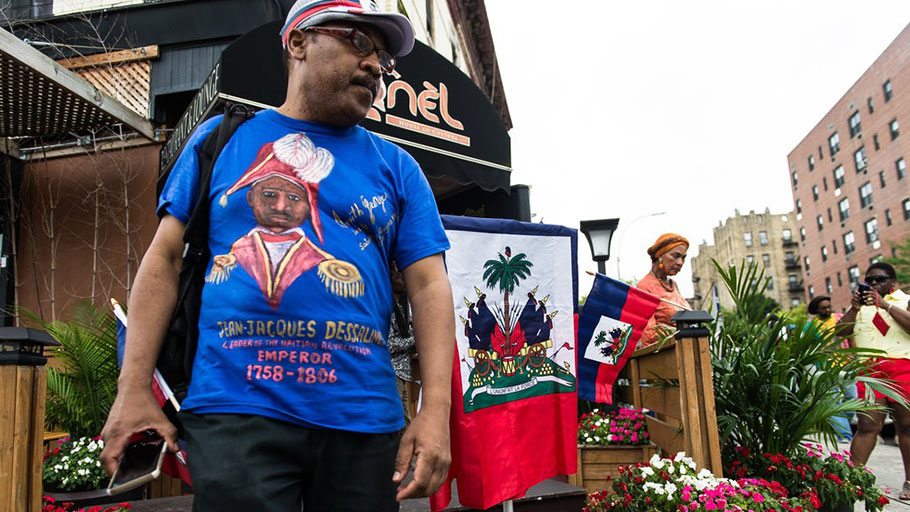 Haitian-Americans and local residents gathered for the celebration that unveiled Jean-Jacques Dessalines Boulevard, in the Flatbush neighborhood of Brooklyn. Photo by Idris Solomon for The New York Times

Stephania Casimir, a first-generation Haitian-American, remembers her parents talking about Jean-Jacques Dessalines, a former slave who became one of Haiti’s founding fathers, but not all of the details.

They came flooding back on Saturday on a street corner in the Flatbush neighborhood of Brooklyn as speakers explained why a stretch of Rogers Avenue was being co-named in honor of Dessalines, who declared Haiti’s independence after helping lead the revolt against France.

“This moment means so much to the Haitian community,” said Ms. Casimir, 26, a social worker. “It shows we are strong and powerful.”

As the paper bag covering the new street sign was removed by Assemblywoman Rodneyse Bichotte, the crowd began singing the Haitian national anthem. Those gathered said the decision, along with the recent ceremonial City Council resolution that designated Flatbush Little Haiti, meant that Haitians’ contributions to New York will not be forgotten.

“These street co-namings are the equivalent of placing your flag in the neighborhood,” said Laurie Cumbo, the City Council majority leader. “We have placed a Haitian flag in this neighborhood today for people here and the future to always know that this is a Haitian community.”

But the naming of Jean-Jacques Dessalines Boulevard — along Rogers Avenue between Farragut Road and Eastern Parkway — and the neighborhood designation were not without complications.

Some felt Little Haiti was redundant because the area had previously been christened Little Caribbean by another group. And the street co-naming was delayed because of Dessalines’s controversial history.

After Haiti’s victory against France, Dessalines became Haiti’s first emperor in 1804. Aware that the French wanted to re-enslave the country, Dessalines called for the slaughter of all remaining white Frenchmen. Thousands of white people were killed in the massacre, historians believe.

Historical figures are being re-evaluated across the United States, with several Southern cities removing Confederate monuments in recent years, and Mayor Bill de Blasio establishing a commission to examine statues in New York. In that climate, the City Council committee that vets street co-namings flagged the Dessalines name as possibly offensive.

“Everything is political,” Councilwoman Inez Barron of Brooklyn said. “This was not something that was done in the usual manner and passed with ease. This was a fight and a struggle.”

After a hearing, more research and behind-the-scenes pressure, the City Council approved the co-naming. 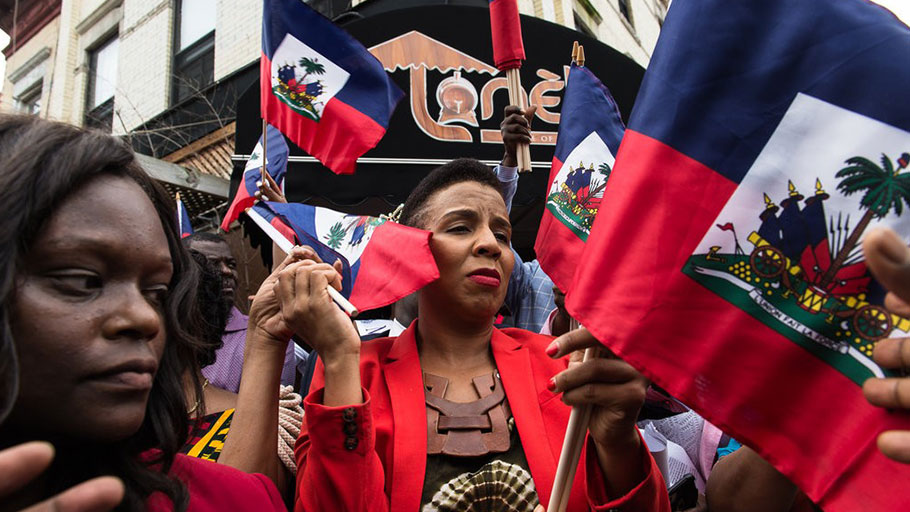 “The Council leadership team moved forward with the street renaming after a review of the issue and engaging with the community,” said Jennifer Fermino, a spokeswoman for Corey Johnson, the City Council speaker.

Ms. Bichotte, the assemblywoman, noted Dessalines’s contributions to world history: He helped Haiti become the second country in the Western Hemisphere to free itself from colonial rule and inspired other nations to pursue freedom. The Constitution that Dessalines created advocated equality and more equal distribution of wealth.

The massacre, supporters say, must be viewed in the context of war and is no different than historical acts that the leaders of other countries committed that would now be considered differently.

“As narrators, we get to define the narrative,” said Ms. Bichotte, the first Haitian-American woman elected to office in New York City. “No longer will the Haitian Revolution be a fluke, a historical accident or a nonevent. No longer will Jean-Jacques Dessalines be disregarded or portrayed merely as a tyrant.”

Not everyone supported honoring Dessalines. Street co-namings should be limited to local people who affected life in New York City, said Seth Barron, associate editor of City Journal and project director of the NYC Initiative at the Manhattan Institute.

“It seems like at a time when we are being careful about who we celebrate and commemorate, the question remains of why him?” Mr. Barron said. “I don’t know why New York City has to name a street for someone who is obscure to most Americans.”

Organizers say they hope the street will help educate the public. Flatbush is a center for Haitian culture in the United States, and Brooklyn has 90,000 Haitians, the third-highest concentration in the country, only after two counties in South Florida, according to an analysis by the Migration Policy Institute, a Washington-based think tank.

But gentrification is changing Little Haiti, which is bounded by Avenue H, Brooklyn Avenue, Parkside Avenue and East 16th Street. It is still full of restaurants and retailers that cater to Haitians, but many Haitian business owners and residents are facing the pressures of rising rent.

In 2000, 30 percent of the country’s Haitian population lived in New York State, many of them in Flatbush. That number fell to 20 percent in 2016.

Little Haiti BK, the group that organized Little Haiti, wants to use the designation to help small businesses remain in the neighborhood, erect a monument and build a cultural center.

The designation means more than ever, speakers said on Saturday, given recent slights by President Trump against Haitians and his decision to end a temporary program that allowed Haitians to live and work in the United States following the devastating 2010 earthquake.

“Our human dignity is under assault,” Representative Yvette Clarke said.

Marie Prosper, 35, a security analyst, saw the street co-naming as a chance to come together in spite of recent political developments.

“This corner is where the history of Haiti and the history of the United States meet,” Ms. Prosper said. “It represents the power of our ancestors and their strength.”