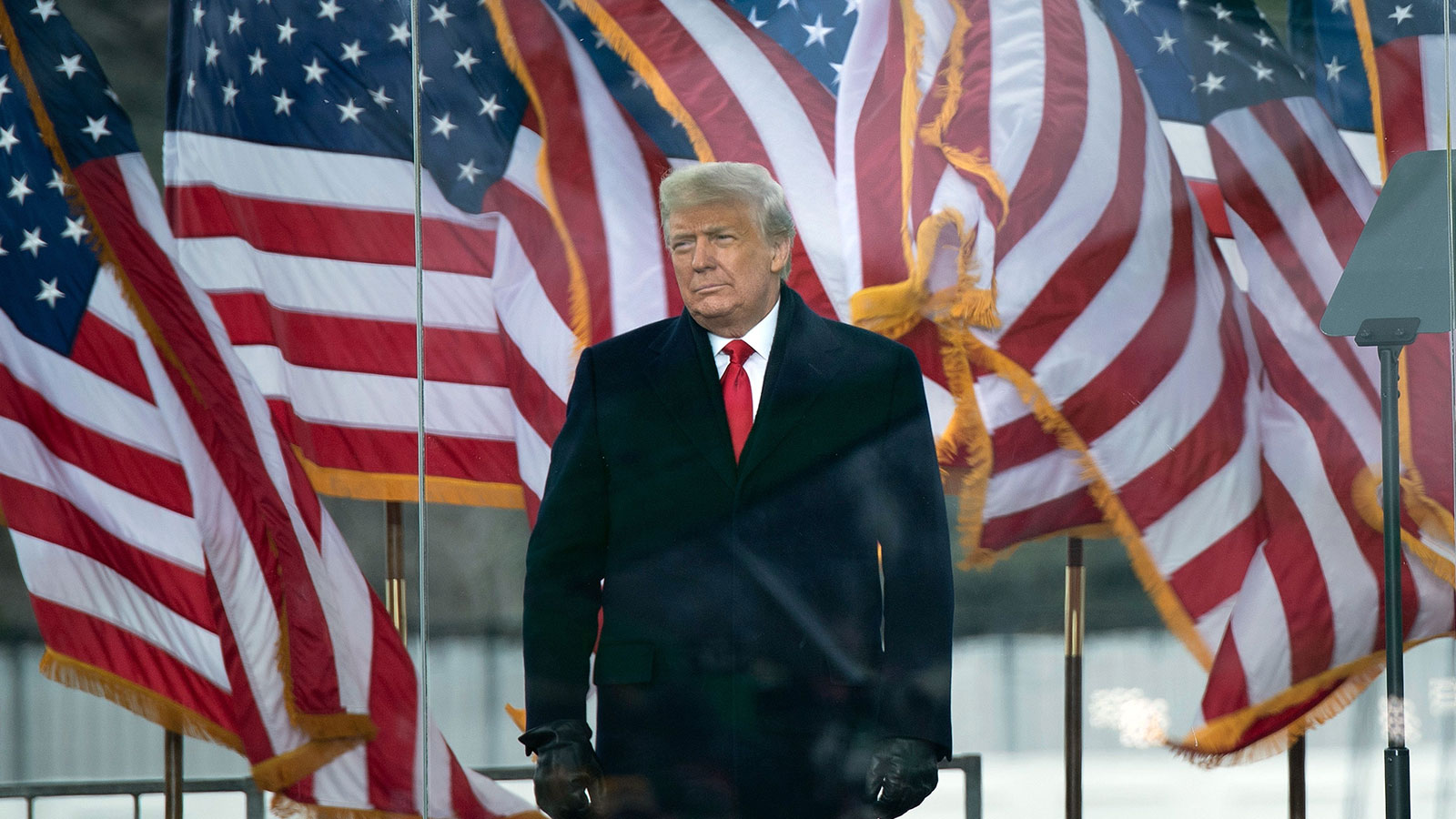 The committee investigating the January 6 attack on the Capitol recommended Donald Trump be charged with multiple crimes.

Congress has never recommended that a former U.S. president be charged with a crime before.

The committee investigating the insurrection of Jan. 6, 2021 on Monday voted to refer Trump to the Department of Justice to be charged with multiple crimes relating to the deadly riot at the Capitol and his attempts to hold power despite losing the 2020 election. The suggested charges include conspiracy, false statements, and Trump’s alleged role in inciting and providing support to the violent mob.

Any decision to charge Trump will now fall to the Department of Justice. And while most legal experts say the committee’s referral is unlikely to have a big impact on the department’s thinking, the vote marks a historic moment in the history of the American presidency—and yet another milestone in Trump’s epic stretch of dubious distinctions.

Trump is already known to history for being the first president to ever have been impeached by the House of Representatives twice. He also committed actions that, as detailed in investigator Robert Mueller’s final report, would have left him susceptible to being charged with obstruction of justice if he had not been the president at the time (and therefore protected by a DOJ policy against charging sitting presidents), according to a letter signed by over 1,000 former prosecutors.

Trump has lost the best tools he used to deflect prosecutors during his presidency, and investigations are now swirling around him in multiple jurisdictions. The DOJ appointed Special Counsel Jack Smith to investigate Trump for his role in Jan. 6, and also whether Trump should be charged for taking documents bearing classification markings from the White House to his private Mar-a-Lago club in Palm Beach.

In Georgia, Fulton County District Attorney Fani Willis is investigating whether Trump and his allies should be charged for attempting to flip his 2020 electoral defeat in that state into a victory.

Now, the question becomes whether Trump will achieve the ultimate accolade of his recent trajectory: Become the first former president in U.S. history to be charged with a crime.

The Jan. 6 committee said evidence exists to charge Trump with multiple crimes. One of the simplest is obstructing an official proceeding.

The committee accused Trump of attempting to “corruptly” interfere with the Congressional certification of Biden’s victory, which was taking place on Jan. 6 when the mob attacked the Capitol. Such a charge would put Trump squarely in line with rank-and-file rioters, some 300 of whom have been charged with attempting to obstruct the official proceeding.

But the committee also argued Trump should be charged with a far more obscure crime: The law that makes it illegal to incite or provide aid or comfort to an insurrection.

That crime hasn’t been prosecuted since the U.S. Civil War, and legal experts say that makes it relatively less likely to be brought against a former president than some of the other potential charges he’s facing (including the more straightforward Mar-a-Lago documents case).

The committee also argued Trump committed a crime known as “conspiracy to defraud the United States.”

That crime involves an agreement to obstruct a function of the U.S. government, such as collecting taxes. In this case, however, the accusation is about attempts to thwart the certification of an election.

The committee also pointed to a statute that makes it illegal to use phoney documents to make false representations to officials. The committee said the plot to submit slates of fake electors to the National Archives, in an attempt to create the basis for declaring Trump the winner of the election, appears to have broken this law.

“The evidence is clear that President Trump personally participated in a scheme to have the Trump electors meet, cast votes, and send their votes to the joint session of Congress in several states that Vice President Biden won,” the summary of the report states.

The report recommended that the DOJ consider the possibility that Trump could be charged with seditious conspiracy, a charge that differs from insurrection and basically means launching a plot to take on the U.S. government by force.

Seditious conspiracy is the most hardcore charge that has yet been brought against January 6th defendants—and has so far been reserved for members of far-right extremist groups like the Proud Boys and the Oath Keepers.

But it’s also notoriously difficult to make this charge stick in court. Government prosecutors only managed to convict some of the Oath Keepers charged with seditious conspiracy of that particular charge during a lengthy trial this fall. The committee stopped short of saying that there’s enough evidence to charge Trump with this particular crime, writing: “The Department of Justice, through its investigative tools that exceed those of this Committee, may have evidence sufficient to prosecute President Trump under [the seditious conspiracy statute].”

Trump’s political future now appears set to collide with his legal fate. Trump is gearing up to run a 2024 campaign, even as multiple sets of prosecutors continue taking depositions and issuing subpoenas aimed at securing testimony and evidence to determine whether criminal charges are warranted.

Trump has insisted he did nothing wrong, and cast the investigations and the committee’s work as part of a broad-based witch hunt waged against him by his political opponents.

On Sunday evening, as news reports began to circulate about the committee’s likely criminal referrals, Trump wrote on his social media site, Truth Social: “The real criminals are the people who are destroying our once great Country!”

Featured image: US President Donald Trump arrives to speak to supporters from the ellipse near the White House on January 6, 2021, in Washington, DC. (Photo by Brendan Smialowski/AFPvia Getty Images)