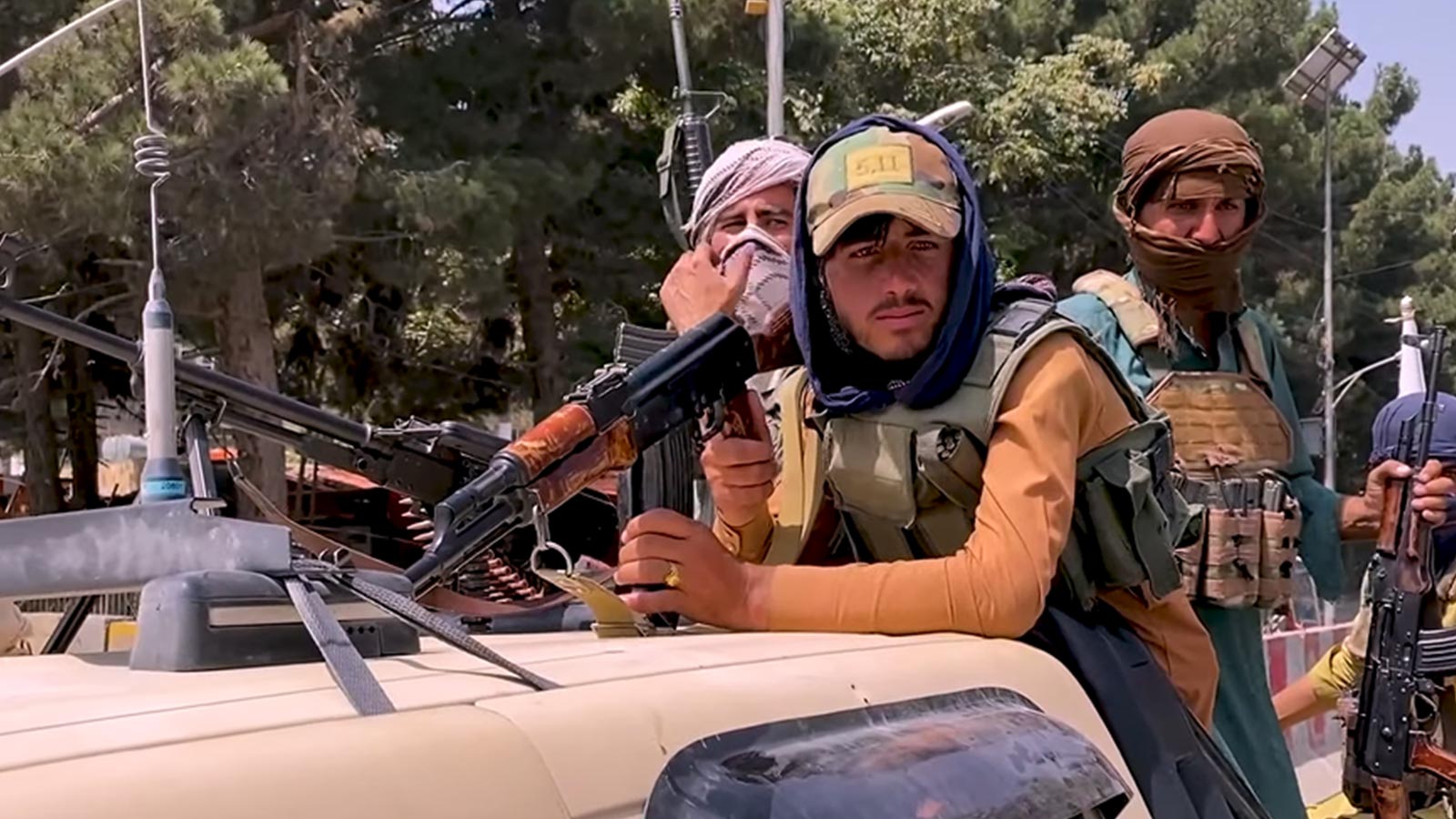 Why ISIS and the Taliban really hate each other

You Are Here: Home » Blog » News & Current Affairs » Why ISIS and the Taliban really hate each other

As the Biden Administration scrambles to get U.S. citizens out of Afghanistan following the Taliban’s takeover of that country, President Joe Biden and Pentagon officials have feared an attack by one of the Taliban’s sworn enemies: ISIS (Islamic State, Iraq and Syria). And on Thursday morning, August 26, the Hamid Karzai International Airport in Kabul suffered a deadly terrorist attack; multiple U.S. casualties were reported by the Pentagon.

Details about the airport attack in Kabul continue to emerge. But the presence of ISIS in Afghanistan only adds to the tension and volatility in that country, as the animosity between ISIS and the Taliban is enormous.

#BREAKING: @USEmbassyKabul issues a new security alert saying there has been a large explosion at the airport, and there are reports of gunfire. U.S. citizens should avoid traveling to the airport and avoid airport gates. #Afghanistan 1/2

Afghanistan has its own branch of ISIS, which is known as ISIS-K and has been recruiting jihadists in the war-torn country. On Tuesday, August 24 — two days before the Kabul Airport attack — U.S. Central Command’s Gen. Joseph Votel told reporters, “They represent a very sophisticated and dangerous threat that we have to stay focused on.” And that same day, Biden warned, “Every day we’re on the ground is another day we know that ISIS-K is seeking to target the airport and attack both U.S. and allied forces and innocent civilians.”

The presence of ISIS-K in Afghanistan is not something the new Taliban government welcomes. The Taliban regard ISIS as infidels, and the feeling is mutual.

On the surface, ISIS and the Taliban have some things in common. Both represent a severe fundamentalist form of Sunni Islam, both are jihadists, both favor strict shariah law, both detest the United States and western culture, and both are terrorists. Yet there are some strong differences between their ideologies.

🔴#KABUL: A source briefed on the situation has said that the #ISIS attacks in Kabul are likely to continue, hundreds of operatives reportedly still in the area.https://t.co/gNcJ9Gw4ye

As cruel and violent as the Taliban are, they have been critical of ISIS’ methods —which they consider to be too violent. Even al-Qaeda, the vicious terrorist group that carried out the 9/11 attacks almost 20 years ago, consider ISIS to be excessively violent — and ISIS, ironically, considers al-Qaeda to be too moderate.

In an article published by The Diplomat on January 29, 2016, international affairs specialist Akhilesh Pillalamarri laid out some reasons why there is so much animosity between ISIS and the Taliban. Pillalamarri noted that ISIS’ publication Dabiq was “filled with refutations of the Taliban’s ideology.”

Pillalamarri explained, “The hostility that ISIS bears toward the Taliban stems from the fact that the Taliban draws its legitimacy not from a universal Islamic creed, but from a narrow ethnic and nationalistic base. In other words, while ISIS fights to establish a caliphate encompassing the entire ummah (Muslim community), the Taliban merely seeks to establish an Afghan state that they claim is ruled by Islamic law.”

Pillalamarri added, however, that ISIS doesn’t consider the Taliban’s approach to governance to be true shariah law, but merely a form of Afghan nationalism.

Another reason ISIS detests the Taliban, according to Pillalamarri, is a belief that the Taliban are too friendly with Shiite or Shia Islam. The Islamic fundamentalist mullahs who govern Iran are Shiites, and ISIS are vehemently opposed to the Iranian government.

“The list of the Islamic State’s grievances against the ‘nationalist’ Taliban are long, and most of it involves criticizing its alliances towards groups that ISIS also loathes, such as Shias and Pakistan’s Inter-Services Intelligence Directorate,” Pillalamarri observed. “ISIS reserves the greatest loathing for the Shia, whom it labels as the Rafidah, or rejectors — a term considered incredibly derogatory.”

The Sunni Taliban and the Shiite fundamentalists in Tehran are hardly close allies. But as ISIS sees it, the Taliban aren’t anti-Shiite enough.

History shows that extremists often turn on other extremists. There was a considerable amount of bad blood between Trotskyists and Maoists during the Cold War, just as radical far-right Christian fundamentalists in the United States will often accuse one another of being impure. Similarly, different types of radical Islamists have nothing but hatred for one another — including ISIS and the Taliban.