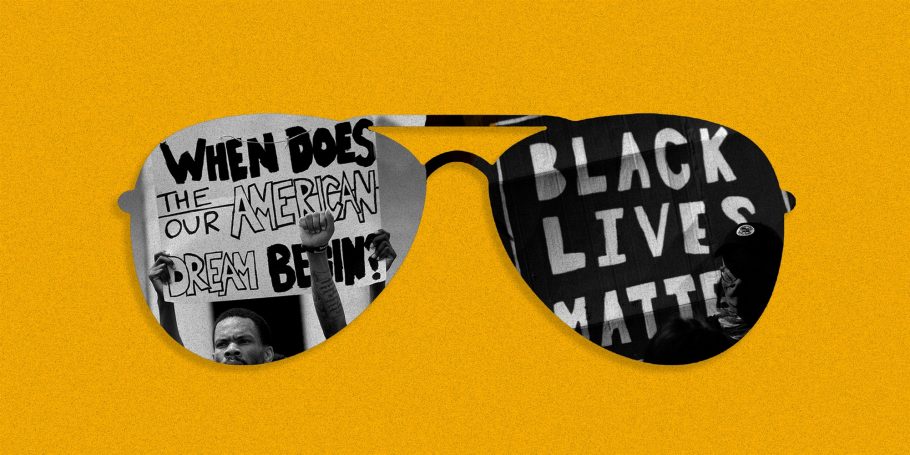 You Are Here: Home » Blog » Reparations » Biden needs to push for reparations to address the racism that long preceded Trump

In this moment of national reflection and reckoning with the vile vestiges of white supremacy in America, and on the heels of the most racist administration in a generation, President-elect Joe Biden has a rare opportunity to fortify his legacy on race, one that goes further than political appointments or the kind of liberal, lift-all-boats policy that has instead lowered the flood lines of racial progress.

The roots of the centuries-wide disparities between Black people and white people stretch back to the founding of this country.

Right now, there’s an opportunity for real healing. And a good place to start is with reparations.

Malcolm X once said of healing and progress: “If you stick a knife in my back 9 inches and pull it out 6 inches, there’s no progress. If you pull it all the way out, that’s not progress. Progress is healing the wound that the blow made. And they haven’t even pulled the knife out, much less heal the wound. They won’t even admit the knife is there.”

These words offer some useful guidelines for the incoming administration. Because following a year in which Black people have suffered from a trio of plagues including police brutality, Covid-19 and the economic fallout that’s followed, the social and economic vulnerability of Black America has been brought into stark relief. In other words, the opportunity lies in the fact that people have actually started to admit the metaphorical knife of systemic racism is there. The next steps toward healing are more crucial than ever.

During a pre-election town hall in October, Biden referred to parts of the 1994 Crime Bill — which remains one of the most devastating pieces of legislation ever heaped on the back of Black America — as a “mistake.”

In the next breath, he defended the legislation more broadly, saying it was implemented wrongly on the local level and had wide support from the Congressional Black Caucus. That’s been the go-to historical anachronism: that policy hostile to Black people has simply been some sort of legislative byproduct, rather than wounds inflicted without regard at best, and intentionally at worst.

But despite the mealy apology, it was a moment that in some ways sought to not just square history, but also Biden’s legacy on race. Biden has taken pride in being vice president to Barack Obama, our first Black president, as well as in selecting Kamala Harris as a running mate, who — barring the world collapsing — will become our first Black and female vice president.

The pre-existing conditions that have devastated Black bodies and Black bank accounts are one and the same.

The roots of the centuries-wide disparities between Black people and white Americans, in health and wealth, stretch far back to the founding of this country and its favored sins, slavery and racism. There is a clear and indisputable link between disproportionate Covid-19 death rates and the historic structural inequalities that have made Black communities ripe for suffering. But it may be the economic suffering from the pandemic that lingers longest. Because the pre-existing conditions that have devastated Black bodies and Black bank accounts are one and the same.

I detailed how Black people make up nearly 13 percent of the United States population but hold less than 3 percent of the nation’s total wealth. I talked about how white Americans have seven times the wealth of Black Americans on average and pointed out how the median family wealth for white people is $171,000, compared with just $17,600 for Black people. Among the more shocking statistics that I found was that 19 percent of Black households have zero or negative net worth. Just 9 percent of white families are that poor.

Now add Covid-related losses, and what has been a nightmare threatens to haunt generations of Black families yet born. As the crisis drags on, Black people continue to be most likely to lose their jobs and/or their lives due to Covid-19.

19 percent of Black households have zero or negative net worth. Just 9 percent of white families are that poor.

Biden’s campaign pitch to Black America was centered on addressing systemic inequality and injustice. Since then, he has consciously embraced his role in helping to equalize what has forever been the highest political bastion of inequality: the White House.

In more recent days, he has tapped hundreds of policy experts to be part of his transition team, including many African American policy leaders, to form one of the most diverse agency review teams in history. He’s promised a Cabinet that will “look like America,” and has appeared intentional in trying to stow his own racial baggage.

But all this won’t be enough. Not when the very communities that helped push the Biden-Harris ticket over the finish line on Election Day are home to some of the most long-suffering people in America, including Philadelphia, the poorest big city in the country. Or Milwaukee, where the racial and economic divides are as stark and as troubling as you’ll see. The disparate economic and health outcomes in Black communities across the country hinge to decades and decades of racist housing, education and employment policies that have yet to be fully undone.

“For decades, Black people have shown up time and time again for a country that consistently tells us that our lives don’t matter,” Mary Hooks, a founding member of Black Lives Matter Atlanta, told USA Today recently. “Beyond a cheap thank you, we need this administration to be bold and unapologetic about paying that debt through enacting policy changes.”

“We need reparations for the descendants of Africans both here and abroad, period,” Hooks said.

The call for reparations has grown louder in recent years, specifically from the Black American descendants of enslaved people who’ve demanded the economic recuperation for all that has been stolen and denied Black Americans and our ancestors. They’ve rightly pointed out just how ruinous hundreds of years of enslavement, exploitation, mass incarceration and slavery by too many other names to count has been for Black Americans. Each step along the way, the government has been complicit in the social and economic oppression of Black people, so it’s only right that the government play a central role in their liberation.

Congress held hearings on H.R. 40 in 2019, a bill to study reparations and the economic impact of slavery first introduced by Rep. John Conyers, D-Mich., in 1989, and then in every Congress that followed. During the primaries, the “r-word” became a central issue. During those early debates, each Democratic candidate was expected to declare their position on reparations.

Yet, since then, the issue of reparations, let alone H.R. 40’s humble call to study the issue, has all but disappeared from the lips of politicians, including Biden’s. And while Biden thanked Black folks for having his back during his victory speech and promised to have theirs in return, the best way to do it is to push for the passage of H.R. 40 and begin the process of trying to repair America’s deepest and most lasting injury.

Biden is in position to undo what he himself referred to as the “mistakes” of his and America’s past, for his legacy and our nation’s. It’s time for America to go beyond recognizing the knife that’s in the back of Black America, to remove it and begin the long process of salving our wounds.