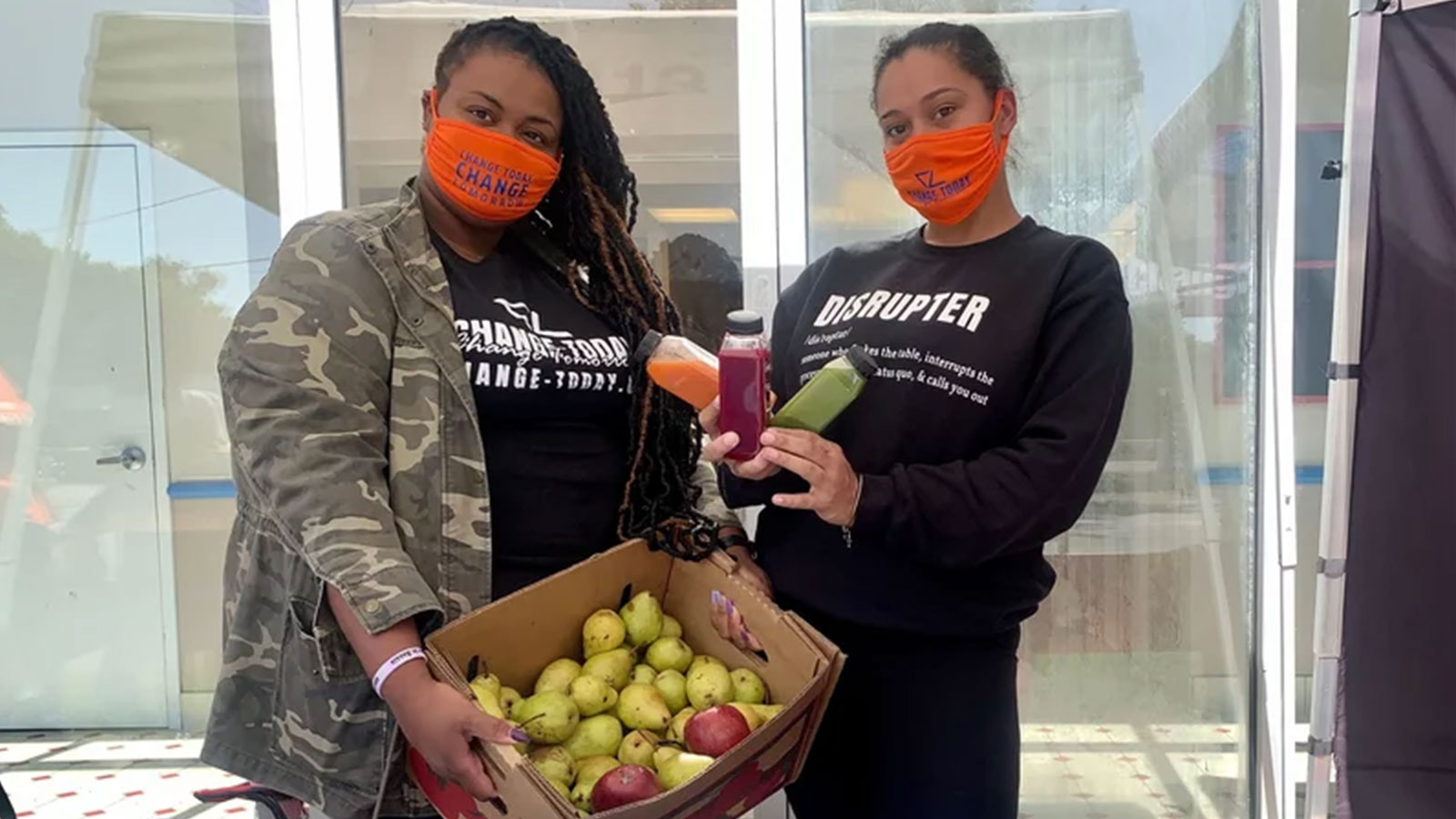 You Are Here: Home » Blog » Reparations » A Black Nonprofit Got A 6-Figure Payment From Someone Whose Family Enslaved People

The anonymous donor said that while investigating the origins of their family’s wealth, they discovered their great-grandfather had owned six enslaved people in Bourbon County, Ky.

A nonprofit group that helps Black and marginalized communities in Kentucky has received a six-figure donation from a white donor who says they recently inherited family wealth — and then learned that their great-grandfather owned enslaved people.

The money is a reparations payment, said the donor, who has chosen to remain anonymous.

“The donor had come into a lot of wealth on their 25th birthday,” said Nannie Grace Croney, deputy director of Change Today, Change Tomorrow, the Louisville nonprofit that received the donation.

As they received their windfall, the inheritor grew curious about the origins of the family’s money.

“They investigated their family history to find out their great-grandfather had enslaved six individuals in Bourbon [County], Ky.,” Croney said as the nonprofit announced the donation this week.

Because the great-grandfather did not record the enslaved persons’ names, the donor couldn’t track down the descendants of the people the ancestor had owned. Croney said that because the donor was “aware of how hoarding wealth is a huge contributing factor of inequity in this country, they decided that they should give most of it away.”

The donor is choosing to remain unnamed for a reason

The donor’s identity has not been revealed, but the nonprofit said the person lives in the South. The group also issued a statement from the donor discussing the ancestor’s actions:

“He inflicted the trauma and violence of slavery on six people for his own monetary gain and did not even bother to record their names. Although no amount of money could ever right that wrong, their descendants deserve repayment for what was taken.”

Taylor Ryan, the founder and executive director of Change Today, Change Tomorrow, said, “It is a blessing for us but also definitely owed.” She called on local foundations to do more to help. 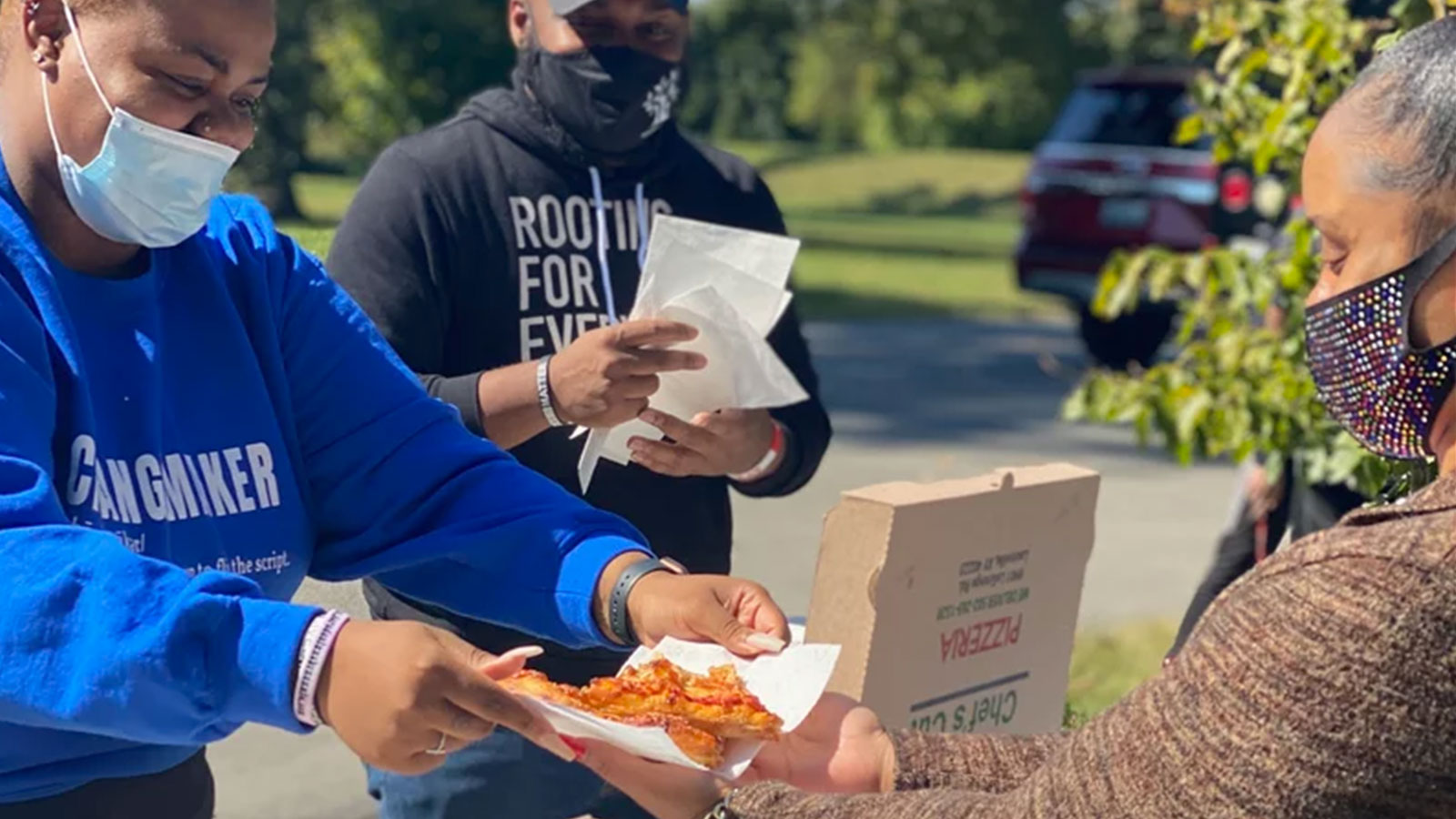 The money brings a significant boost for Change Today, Change Tomorrow, which has grown remarkably since Ryan first started the organization as a way to secure school supplies for teachers. Its programs now range from providing hot meals and snacks for students to public health outreach for new parents and menstruation products for those who need them, as well as making food deliveries — including fresh produce from a Black-owned farm.

“We predominantly serve the west end of Louisville, which is a predominantly Black, low-income area,” Andreana Bridges, an administrative associate at the nonprofit, told NPR.

The donation is the latest in a string of high-value reparations payments from white people who have unearthed ties to racism and slavery in their family history — finding details such as the value assigned to enslaved people in a ledger, and notes identifying a grandmother as a member of the Ku Klux Klan.

Among those receiving reparations is Soul2Soul Sisters, a Colorado group co-founded by the Rev. Dawn Riley Duval. The money helped her organization grow — and like Ryan, Riley Duval says reparations are absolutely necessary, given the ties that have long bound racism and economic inequality in the United States.

“There has to be compensation,” Riley Duval told Colorado Public Radio in 2019. “We understand economic justice and healing justice to be integral to racial justice. … So, there must be compensation towards conciliation.”

The donor is asking other whites to pay as well

The donor who wired money to Change Today, Change Tomorrow is calling for other white people to pay reparations, even if their ancestors didn’t own enslaved people.

“As white people we all unfairly benefit from racism,” the donor said, according to the nonprofit.

“We have to be willing to part with what was stolen, and do so without expectations of praise or control over how the money will be spent,” the donor added.

The leaders of Change Today, Change Tomorrow echoed that sentiment. And they acknowledged that, given the sum heading their way, it wasn’t until a wire transfer had taken place that it seemed real. Now, they added, they have more work to do.

“We are very grateful on one hand,” Bridges said. “But on the other hand, we understand that the work that we do requires this type of investment in order to be sustainable.”

Referring to the reparations payment, she added, “We don’t have the luxury to kind of just sit on it, so it’s literally money that’s going to go right back into the community.”

The donor has never lived in Kentucky, Croney said, adding that the person found the organization by searching around on the internet. Louisville has played a prominent role in the national discussion on racism and police violence since last year when police officers shot and killed Breonna Taylor in her home. Activists are still calling for accountability in that case.