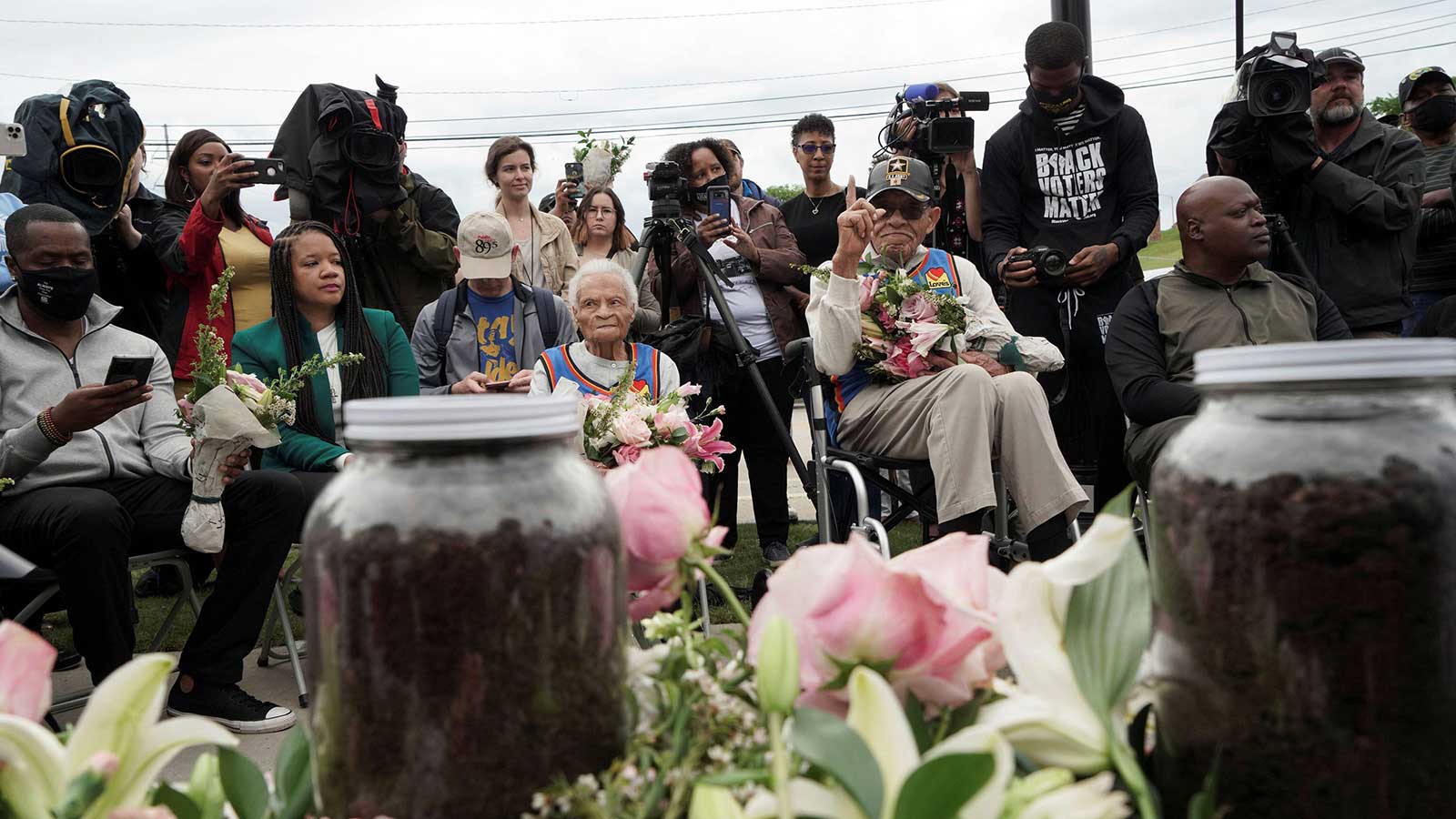 President’s speech marks 100 years since the mass killing as part of a day of remembrance for the hundreds of Black victims.

In a speech marking 100 years since the Tulsa race massacre, Joe Biden called on Americans to think upon “the deep roots of racial terror” in the United States and to destroy systemic racism in their society.

In hard-hitting words as part of a declaration of a day of remembrance for the hundreds of Black victims of the 1921 mass killing in Oklahoma, Biden used unusually strong language to describe America’s history of racial strife.

“On this solemn centennial of the Tulsa Race Massacre, I call on the American people to reflect on the deep roots of racial terror in our nation and recommit to the work of rooting out systemic racism across our country,” Biden said in a statement.

Between 31 May and 1 June, white mobs attacked the historical Greenwood district of Tulsa, Oklahoma, an area so prosperous and successful it was known as the “Black Wall Street”. They killed an estimated 300 residents, displaced many more and burnt many blocks of the city to the ground.

Though it was one of the worst acts of racial violence in US history, its anniversary has seemingly gone little marked by much of America, until anti-racism protests in the wake of the death of George Floyd triggered a reckoning over racism in America. 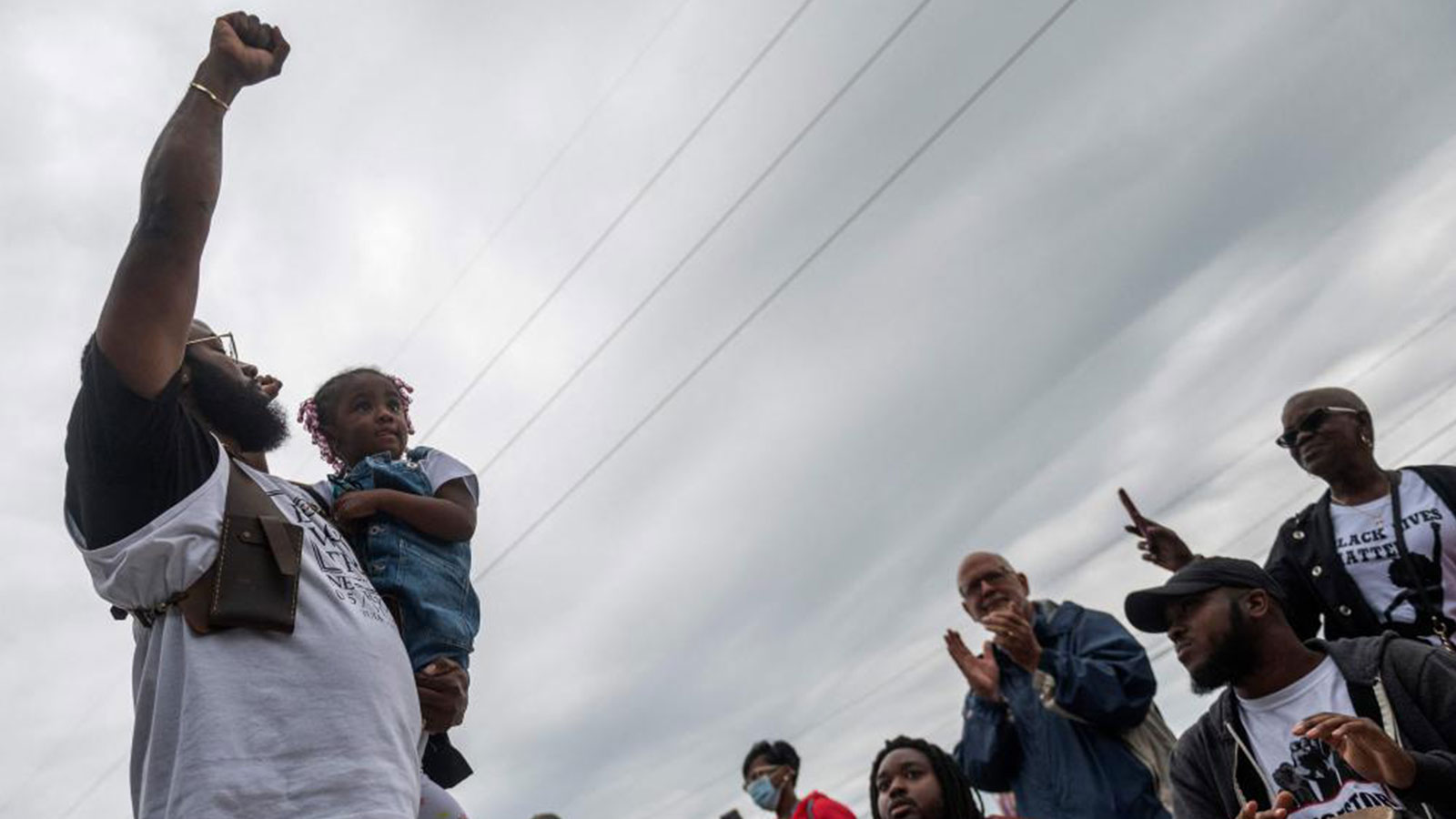 A man gestures after a soil dedication ceremony for victims of the 1921 Tulsa Massacre, at Stone Hill on the 100 year anniversary in Tulsa, Oklahoma, on Monday. Photograph: Andrew Caballero-Reynolds, AFP, Getty Images

In the statement Biden said that the federal government had played in keeping white and Black Americans unequal in the decades after the massacre by policies that had segregated the races and favored whites.

“The federal government must reckon with and acknowledge the role that it has played in stripping wealth and opportunity from Black communities,” he said, while pledging to invest in Black communities and businesses with government programs, including a massive planned infrastructure package as the US builds back from the coronavirus pandemic.

“We honor the legacy of the Greenwood community, and of Black Wall Street, by reaffirming our commitment to advance racial justice through the whole of our government, and working to root out systemic racism from our laws, our policies, and our hearts,” he said.

Events related to the massacre commemoration ahead of the 100th anniversary have already begun.

Hundreds gathered on Monday for an interfaith service dedicating a prayer wall outside historic Vernon African Methodist Episcopal church in Tulsa’s Greenwood neighborhood on the centennial of the first day of one of the deadliest racist massacres in the nation.

National civil rights leaders, including the Revs Jesse Jackson and William Barber, joined multiple local faith leaders offering prayers and remarks outside the church that was largely destroyed during the massacre.

Barber, a civil and economic rights activist, said he was “humbled even to stand on this holy ground”.

“You can kill the people but you cannot kill the voice of the blood.”

Although the church was nearly destroyed in the massacre, parishioners continued to meet in the basement, and it was rebuilt several years later, becoming a symbol of the resilience of Tulsa’s Black community. The building was added to the National Register of Historic Places in 2018.

As the ceremony came to an end, participants put their hands on the prayer wall along the side of the sanctuary while a soloist sung Lift Every Voice and Sing. Traffic hummed on a nearby interstate that cuts through the Greenwood district, which was rebuilt after the massacre but slowly deteriorated 50 years later after homes were taken by eminent domain as part of urban renewal in the 1970s.

The commemoration is slated to include a visit by Biden on Tuesday and the unveiling of the $20m Greenwood Rising museum.