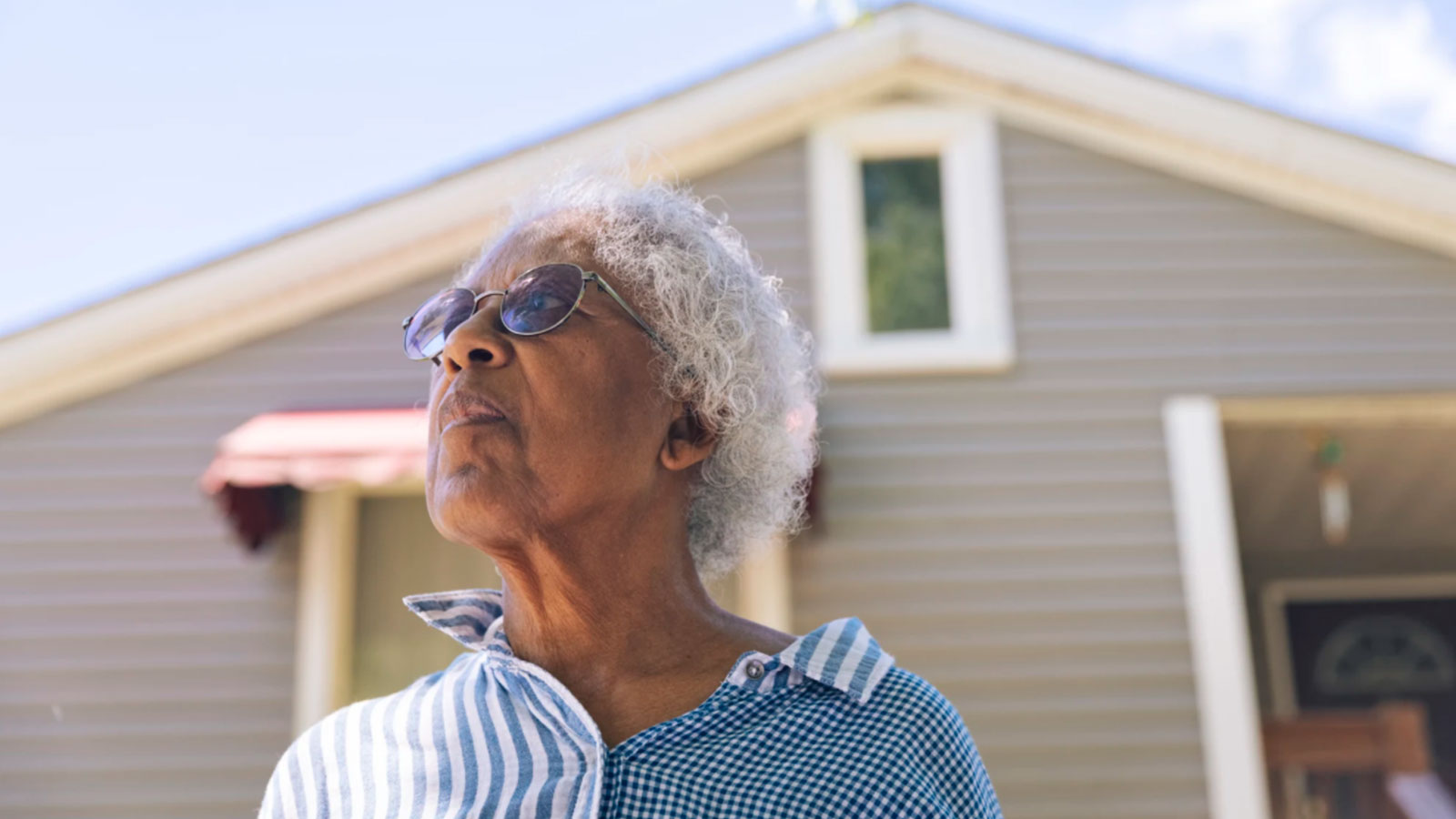 You Are Here: Home » Blog » Reparations » The country’s first municipal reparations program is off to a rocky start

A few months into a reparations program, Evanston, Illinois, is facing pushback from community members and legal pressure from conservative nonprofits.

Recently, Priscilla Giles, a retired teacher of English as a second language in Chicago Public Schools, said she has been feeling something “between sad and angry.”

Three months ago the city of Evanston, Illinois, where Giles was born and raised, approved the first local reparations program in the country. The city announced its first phase would pay Black Evanston residents who experienced housing discrimination $25,000 in the form of home improvement costs, down payment and closing cost assistance, and mortgage payments.

Since Giles is Black and lived in the city from 1919 to 1969, she is automatically eligible, but she said she is reluctant to apply. “It’s not reparations,” she said. “And that’s for sure.”

Evanston residents have been debating the details of its current reparations program for more than three years. When the legislation passed, it was deemed a “blueprint” for the rest of the country. Yet a few months into the first initiative, frustration and legal pressure have clouded the city’s pioneering vision.

Hundreds of Black residents have rallied behind the online group Evanston Rejects Racist Reparations to demand that the program be paused and re-evaluated. Meanwhile, the conservative nonprofits Judicial Watch and Project on Fair Representation have threatened legal action against the city.

The reparations program that began with great optimism has divided the small city, thrusting it into the national spotlight.

‘We were very excited’

When Aldermen Robin Rue Simmons, Ann Rainey and Peter Braithwaite reintroduced a reparations bill to the City Council in 2019, this time, there was a new source of funding, which had been a point of contention when Jean-Baptiste made his proposal in 2002. A cannabis sales tax would go into effect in 2020, providing a source of funding for reparations. The aldermen who developed the reparations proposal suggested the city earmark $10 million of this revenue for reparations over the next 10 years.

The city gathered community input on a local reparations plan. A resolution passed in November 2019, making Evanston the first city to approve a local reparations program, prompting other cities like Amherst, Massachusetts, and Asheville, North Carolina, to consider doing the same.

Simmons, who recently left the City Council, said in the two years since the initial meeting of the reparations subcommittee, “there was robust community engagement.”

A celebratory town hall after the vote brought actor and political activist Danny Glover to Evanston, as well as representatives from the National Coalition of Blacks for Reparations in America and National African American Reparations Commission. All 700 seats in the First Church of God were full, Cannon said.

“I’d never seen a turnout in Evanston that big in my whole life,” she said.

Residents voiced their opinions on how the reparations should be distributed during monthly subcommittee meetings.

The city-led discussions quickly turned away from cash payments to a housing assistance program. Cannon said from the community’s standpoint, it seemed the program was being shaped without locals’ input.

The proposal for the first phase eventually presented to the City Council was called the Restorative Housing Program. It would have a $400,000 budget, and the aldermen insisted it would be the first of many different projects.

“This is a housing voucher program, not reparations — and calling it that does more harm than good,” A. Kirsten Mullen and William Darity Jr., authors of “From Here to Equality: Reparations for Black Americans in the Twenty-First Century,” wrote in an opinion piece for The Washington Post.

Darity, an economist at Duke University, has said proper reparations would cost the federal government at least $11 trillion.

Reparations can only come from the federal government, the authors told NBC News in an email. Local reparations programs “cannot meet the bill for Black reparations,” they said. A congressional bill, H.R. 40, which calls for studying the potential of a reparations program, only advanced from the House Judiciary Committee for the first time in its 32-year existence this year.

Residents opposed to Evanston’s plan say it puts too many restrictions on how they can use the money. Renters, for example, can’t use the housing assistance because it is only for current and future homeowners. Cannon’s opposition began when she contacted her broker about potentially purchasing a home using the allocated $25,000. She learned it wouldn’t be enough to cover a standard down payment on an average-priced home in Evanston, which is currently above $400,000.

Another problem residents point out is that because banks and real estate companies would have to be involved, the program privileges institutions that have historically been the agents of discrimination.

“The beneficiaries of this program would be those who initially did the harm of redlining here in Evanston,” said community organizer Sebastian Nalls, 21.

The organizers held demonstrations in front of a cannabis dispensary in Evanston, hosted webinars about reparations and lobbied city officials to halt the March 22 City Council vote on the Restorative Housing Program. They were unsuccessful.

Nalls said they will continue expanding their reach, educating and connecting with Black residents over reparations.

“Black Evanston residents need to be determining their own repair,” Nalls said.

‘This is just how it was’

Priscilla Giles’ grandparents, like so many other Black families, moved northward during the period known as the Great Migration in search of more economic opportunities and to escape the racist climate of the South. Yet when they finally settled in Evanston, they found the racism and discrimination was still present, just less overt.

Both sides of Giles’ family lived on Bauer Place. They shared the block with seven other Black families in a predominantly white neighborhood in northern Evanston during the 1920s. When the city began to enforce a commercial zoning ordinance, all of these families were forced to leave their homes. The entire block, filled with homes of Black families, was completely demolished.

Giles recalled that none of the white families in the neighborhood had to give up their homes. Their block is now a parking lot.

“My mother and my grandmother always said this is what they were told and this is just how it was,” she said. “There seemed to be no recourse.”

Giles grew up in the Fifth Ward, a neighborhood with vacant lots the city offered to sell to the Black residents that were being displaced. The majority of Black residents in Evanston already lived in the Fifth Ward because of formal and informal race-based zoning being practiced, according to research compiled by the city’s Shorefront Legacy Center.

Four houses on Giles’ old block had been literally picked up and moved from other parts of the city, an option for Black families that could afford the cost of moving their house.

When Giles sought houses to buy in Evanston in the 1970s, she found that real estate agents were still discriminating based on race.

They would agree to let her visit the house over the phone, she said. But when she would go to the office to sign paperwork, “they would tell me the house was sold.” This happened three or four times, she said, always with white real estate agents.

The house she finally bought, and now lives in, was sold by a Black real estate agent.

Although she is planning to apply for the $25,000 funds, Giles said she believes reparations should benefit the whole community. During the town hall meetings, residents have advocated for building affordable housing and community land trusts, in addition to cash payments. Giles talked about building a vocational school for young people in Evanston.

“I don’t want to benefit personally from it,” she said. “I want the city to move in a way that future generations would benefit from it.”

According to the City Council, at least 144 out of 198 residents surveyed said they would consider applying for the Restorative Housing Program.

Meanwhile, conservative activists have also zeroed in on Evanston. Project on Fair Representation, a conservative organization that was recently involved in the affirmative action lawsuit brought against Harvard University by a group of Asian American students, was the first to threaten legal challenges.

In a letter sent before the first initiative was brought to a vote, the organization’s lawyers threatened to challenge the legislation, calling it discriminatory and unconstitutional.

In mid-April, the conservative nonprofit Judicial Watch sued Evanston for public records. The group has built a reputation around filing Freedom of Information Act requests, notably targeting Hillary Clinton’s emails and most recently attempting to substantiate evidence of voter fraud in the 2020 election.

“This is a group, race-based benefit, based on a tenuous historical analysis,” Judicial Watch President Tom Fitton said. “It’s an extremist program.”

Both Judicial Watch and Project on Fair Representation cite the equal protection clause to argue the program is unconstitutional because it discriminates based on race.

Black Evanston residents who oppose this reparations proposal have found themselves holding the same position as political activists who would seek to stymie reparations legislation entirely.

“When I first read the letter, I thought to myself, ‘God has stepped into this,’” Cannon said.

Although the intention of these legal challenges is “not a good thing,” she said, “it might deliver to us what we want to do, which is to stop them in their tracks.”

Giles said she is concerned about how the reparations program will take shape, even beyond the housing phase.

Part of the concern is related to the absence of Simmons, who left the City Council and now works with NAARC. She had announced early in her first term that she would not seek re-election to focus on local and national reparations efforts.

“I have worked about 80-hour workweeks for the last four years,” Simmons said, “and I’ve decided that I will work on reparative justice, specifically in the Black community focused on reparations both in Evanston and beyond.”

Meanwhile, a local branch of UpTogether, with the endorsement of the City Council, has started issuing $300 cash payments to some Evanston residents who are eligible for reparations according to the city’s criteria.

“I was surprised,” said Giles, who heard about the program through word-of-mouth. “But I can’t say that I was any more angry or surprised than when I first heard that the reparations were going to be given for people to buy houses, rather than for something benefiting the whole Black community. Because whoever got the money, it did not benefit me or mine.”