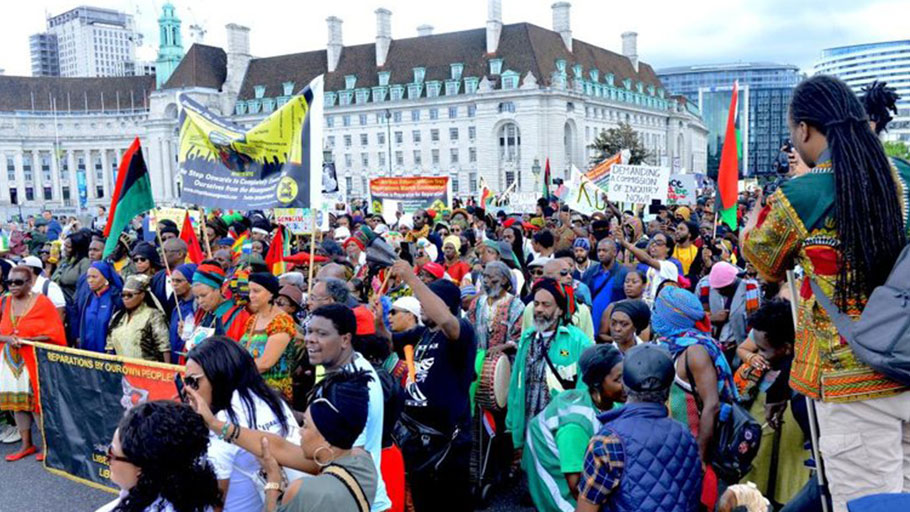 Can Reparations Help us to Re-envision International Development?

You Are Here: Home » Blog » Reparations » Can Reparations Help us to Re-envision International Development? 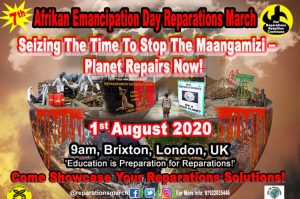 ‘Reparations.’ Once I heard that word from a friend, everything I had been taught as an economist was challenged at a fundamental level.

As someone working at a large INGO where I have spent years targeting the drivers of poverty, I recognise that development isn’t working the way it should. We know we haven’t achieved enough because where you are born still massively affects your life chances. That doesn’t mean that the international development sector isn’t having any impact at all. The last two decades have brought undeniable success on the metrics of child and maternal mortality, and there are other validated achievements.

But we’ve also become so assured that we play a positive role in achieving change that we don’t sufficiently question why there is progress against some indicators and none against others – like inequality. That’s important because rising inequality negates poverty targeting over the long term.

Many of us also fail to recognise that within those trends in inequality there are distinct patterns of deprivation that are predominantly racial and ethnic. Many countries that are poorer often have a larger proportion of people of colour; and there is disproportionate representation of Black people and other marginalised groups in the working class and lower socio-economic cohorts globally. That fact cannot be ignored.

Reparations are important because they provide an alternative vision of what international development could be if these issues were properly taken into account. Although originally defined in terms of active amends to repair a wrong, debates around reparations have grown to include new ways of understanding contemporary problems. We have been misdiagnosing problems of inequality by putting them down to a lack of access among people living in poverty to the wider economic system.

But as a person of colour, with the British Raj in India as my own frame of reference, I believe that we were not just born poorer than our White counterparts. Colonisers visited our countries, stayed, took our resources, dehumanised us and then built up their own economies using this illegitimate wealth.

Those affected by colonisation have borne the psychological and physical impacts of this exploitation, along with the emotional labour of explaining a revisionist history to others. These are not the only patterns of colonisation. However, there remains an enduring pattern of smaller, poorer countries remaining much more trapped in extractive economic relations with former colonial powers.

Therefore, reparations mean questioning why people are living in poverty and rejecting political decisions that underscore our acceptance of its causes. This is not just a call for monetary compensation; it’s also a demand for radical and justice-driven change. Reparations activism is organised around challenging the acceptance of today’s vast inequalities and looking at the enormous culpability of colonialism.

Britain has a particularly exploitative past that set much of the blueprint on how to colonise others successfully. The Industrial Revolution was built on sourcing cheap materials overseas, using labour unethically and violently, and selling the goods produced by that labour back to the colonies and others – amassing immense wealth over centuries. Britain also had highly profitable sugar trade based on millions of people being trafficked from Africa to work as slaves in the Caribbean.

Even when countries became politically independent, Britain extended its new form of imperialism through imposing debt on other crisis-afflicted nations who had virtually no power to reject such offers. Sadly, the reparations approach has not yet been extended to the international system and such debt packages were fixed knowing that low-income countries could most likely never pay them off. Even today, amid devastation and crisis, debt is rescheduled rather than written off, as was the case in 2019 with Cyclone Idai in Mozambique.

The same logic is at work around climate change, where those with the least exposure seem to be comfortable in telling their former colonies how they should do more without an understanding or acceptance of their own role in creating the climate burdens now experienced by others. In a reparations approach, climate adaptation for countries which are most exposed and least responsible for climate change would be funded on this basis.

Other types of reparations are being fought for in all kinds of settings across the world. Nowhere is this movement larger than in the USA. Transatlantic slavery saw the transportation of between 10 million and 12 million enslaved Africans to America from the 16th to the 19th century.

Although slavery was formally ended in 1865, another 100 years of institutional violence followed against Black people in the form of segregation, the Jim Crow laws, discrimination in mortgage lending, the ‘war on drugs’ and the US prison system. All have created enormous wealth for White America. Today, many are campaigning for an official apology for these crimes and monetary compensation for race reparations, estimated at anywhere between $17 billion and $14 trillion.

In the UK, the fight for reparations is equally strong, with detailed financial analyses on potential compensation currently being undertaken. Strong activist movements here include the annual Afrikan Emancipation Reparations Day March which is the world’s largest public lobby dedicated to the call for reparations.

Land reparations have been another area for action, focused on historic and contemporary land capture and land grabbing across the world. In particular, even after the period of European colonisation, land was not returned to communities. Instead, White settler groups were granted priority access to land in many African countries. The current reality is that many people with historic links to their land cannot easily prove or enforce their rights to ownership or reclamation.

In these cases, the classic remedy used by the World Bank and other agencies is to assign private ownership rights so that land as an asset can be commoditised. By contrast, a reparations approach would be to restore land to its rightful owners prior to the devastating asset-stripping of colonialism.

This means returning and re-instating hereditary and ancestral ownership. In this context, legal experts fighting reparations’ cases argue that the identification of the victim is crucial in helping decision-makers to understand the extent of the damage that has been caused, and which requires redress.

Reparations also go hand in hand with the decolonisation of traditional economic thinking and development models. So many policymakers still roll out the same macro-economic advice of encouraging foreign investment and producing more exportable goods to an aggressive international marketplace. The ultimate acceptance of this neoliberal doctrine has been the anchoring of ‘development’ on a poverty line that represents a minimal subsistence level of $1.90 per head.

In reality we already have an abundance of resources to tackle poverty, climate change and interconnected systems of oppression much more robustly and creatively. A reparative approach to economic development is an evolving area, but it could start off by challenging the legitimacy of accrued developing country debt and writing it off with no caveats. Recognising that this would threaten macro-economic stability, wealth taxes are one of the ways this risk might be addressed.

To make that happen, Northern governments must see a strong lobby for more progressive approaches of this kind. The INGO sector must therefore be willing to provide counter narratives like reparations and better analyses of how they would work. After all, the sector comes from a tradition of calling out elitism and exploitation.

We should also be prepared to encourage and embrace a greater cognitive diversity at all levels of the international system. As part of improving our own accountability we should be aiming for much greater equality and agency so that the most marginalised people can assume their power instead of having to wait for it to be disbursed by Western generosity. This is the essence of the reparations approach.

Unfortunately, the unrepresentative practices of several charities were brought to public attention in the #CharitiesSoWhite campaign last year. In this sector, it is naïve to think that placing a person of colour at the top of organisations can reverse decades of systemised oppression, though it is an important step. People who bring a ‘lived experience’ of the issues we work on are also desperately needed as we take steps toward a decolonial future.

These steps should be organised around acknowledging, reshaping, and dismantling existing structures for aid and development, proposing and supporting alternatives, and calling out the illegitimacy of mainstream frameworks that do not work for all. This would be a fundamental challenge to those with privilege and to vested interests in the IMF, WTO and World Bank, and in the INGO sector itself.

We also need to take inspiration from those who are already demonstrating that alternative models can work. For example, in feminist philanthropy funders like With and For Girls and Mama Cash share power and put decision making in the hands of girls and women so that they can dictate their own realities on their own terms, and take their place at the helm of power structures and processes of resource distribution – not just as passive recipients or people who are brought in for superficial consultations. This is exactly the kind of solidarity needed to bring about restoration and a new global paradigm of international social justice.

Even an admission of the need for reparations is hugely important as a symbol in this fight. So if you are wondering whether your wealth is derived from colonialism as an individual or an organisation, you are starting in the right place.

This article was originally published by OpenDemocracy.