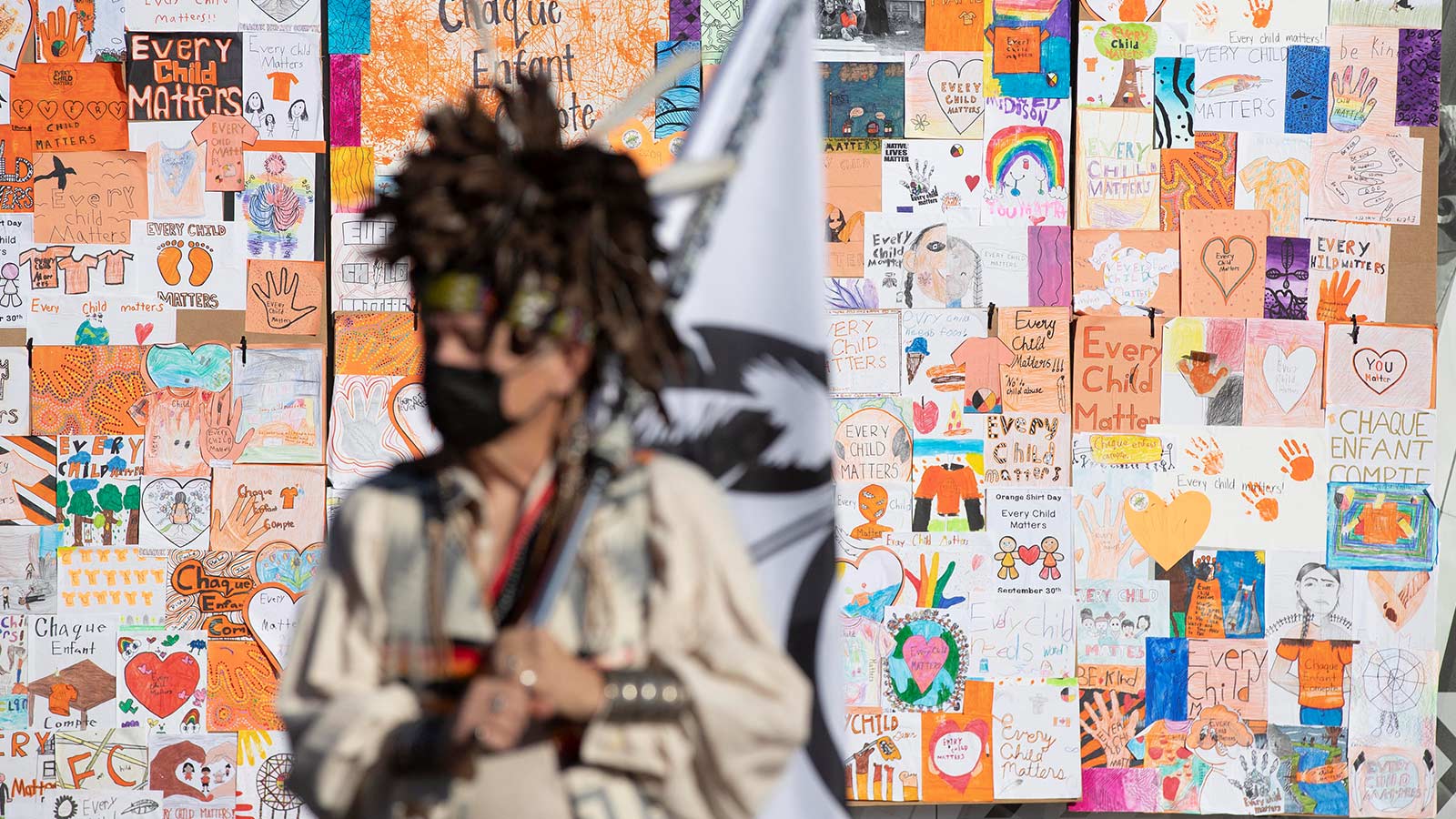 The dispute, which has spanned 14 years and several federal governments, has long been a sticking point in Ottawa’s efforts to advance reconciliation with Indigenous people.

Canadian officials said Tuesday they have reached $31.5 billion in agreements in principle with Indigenous groups to compensate First Nations children who were unnecessarily taken from their homes and put into the child welfare system, a major development in a dispute that has long been a sticking point in Ottawa’s efforts to advance reconciliation with Indigenous people.

Under the agreements, half of the money would go to children and families harmed by an underfunded and discriminatory child welfare system on First Nations reserves and in the Yukon, while the rest would be earmarked over five years for long-term reforms, the Indigenous services ministry said in a statement.

Final details are to be settled between the government and Indigenous advocates over the coming months. A final agreement will be submitted to a federal court and human rights tribunal for approval.

The dispute, which includes a human rights complaint and several class-action lawsuits, has spanned nearly 15 years and several federal governments. Prime Minister Justin Trudeau, who came to power in 2015 vowing to put reconciliation with Indigenous people at the core of his agenda, has drawn criticism for his handling of it.

“This is the largest settlement in Canadian history, but no amount of money can reverse the harms experienced by First Nations children,” Marc Miller, Canada’s Crown-Indigenous relations minister, told reporters at a news conference in Ottawa. “Historic injustices require historic reparations.”

Cindy Woodhouse, the Manitoba regional chief for the Assembly of First Nations, said the agreements were “a long time coming.”

“First Nations from across Canada have had to work very hard for this day to provide redress for monumental wrongs against First Nations children,” she told reporters. “Wrongs fueled by an inherently biased system.”

The dispute dates to 2007, when several Indigenous advocacy groups claimed in a human rights complaint that the federal government’s “inequitable and insufficient” funding of child welfare services on First Nations reserves was discriminatory.

In 2016, the Canadian Human Rights Tribunal agreed with the advocates. The panel said the federal government’s funding formula was based on “flawed assumptions about children in care,” resulting in a system that incentivized the removal of First Nations children from their homes and their cultures.

“It is only because of their race and/or national or ethnic origin that they suffer the adverse impacts,” the tribunal said in its decision. “Furthermore, these adverse impacts perpetuate the historical disadvantage and trauma suffered by Aboriginal people.”

In 2019, the tribunal ordered the federal government to pay about $31,000 to each child unnecessarily removed from their home since 2006 through “willful and reckless” discrimination. It said parents and grandparents could alsobe eligible for compensation.

The government appealed that decision but said it had “paused” the appeal while it engaged in efforts to reach an out-of-court settlement with the groups instead. David Lametti, Canada’s justice minister, said Tuesday that it’s the government’s “intention” to drop the appeal once a final agreement is reached.

The agreements in principle would compensate First Nations children on reserves and in the Yukon who were removed from their homes between April 1, 1991, and March 31, 2022, as well as their caregivers. It would also compensate Indigenous children denied services and covered by a policy known as Jordan’s Principle, which says that the needs of Indigenous children requiring government services should prevail over jurisdictional wrangling over which level of government should pay for them.

The funding set aside for long-term reforms would include money to help support children aging out of the child welfare system, for on-reserve housing and for preventive measures that would keep families together. Advocates have said that many Indigenous children are removed from their families because of poverty, not abuse, and need support.

Robert Kugler, a lawyers representing some class-action plaintiffs, said more than 200,000 Indigenous children could be eligible for compensation under the agreements.

The talks were led by Murray Sinclair, theformer senator who chaired the Truth and Reconciliation Commission that investigated residential schools.

Canada’s mistreatment of Indigenous people and the intergenerational trauma stemming from its colonial policies drew renewed attention last year when several Indigenous communities said ground-penetrating radar had uncovered evidence of hundreds of unmarked graves on or near the sites of former residential schools.

A Truth and Reconciliation Commission said in a 2015 report that many children suffered physical, sexual and psychological abuse at the institutions, which punished them for speaking their languages and practicing their traditions in what it said amounted to “cultural genocide.”

The commission documented the deaths of thousands of children at the school but said the figure was probably an undercount, in part because record-keeping was shoddy. Children died of malnutrition, diseases that spread easily in cramped quarters, suicide and escape attempts. Some were buried in unmarked graves.

The federal government apologized for residential schools in 2008. Trudeau has vowed to implement all of the commission’s 94 calls to action, including one to reduce the disproportionate number of Indigenous children in the child welfare system — a situation that a cabinet minister once described as a “humanitarian crisis.”

In 2019, Trudeau’s government passed a law that sought to affirm and recognize the rights of Indigenous groups to have jurisdiction over child and family care services in their communities. The first agreement with the federal government under the law was signed last year by the Cowessess First Nation in Saskatchewan. It gives the First Nation control over child welfare services and whether children are removed from their homes.

Cindy Blackstock, executive director of the First Nations Child and Caring Society of Canada, one of the advocacy groups that filed the initial human rights complaint, said that while the case shows that “public pressure can work,” the agreements in principle are “simply words on paper.”

“Canada could have settled this case for hundreds of millions of dollars back in 2000, when we raised the alarm that … families were being separated unnecessarily,” Blackstock said. “But Canada chose not to do that. And now we’re into the tens of billions of dollars, and most importantly, children have lost their lives and sometimes their childhoods in the process.”

Source: The Washington Post
Featured image: An Indigenous person during Canada’s first National Day for Truth and Reconciliation on Parliament Hill in Ottawa on Sept. 30. (LARS HAGBERG/AFP via Getty Images)