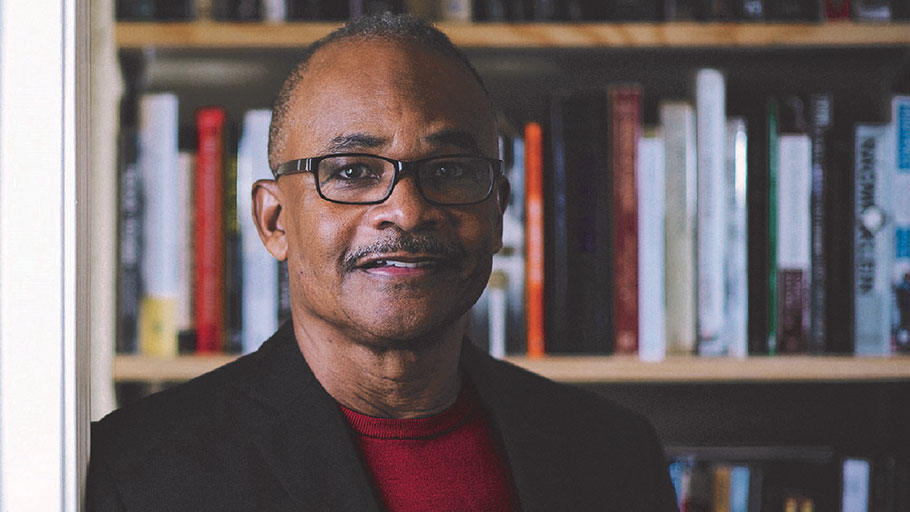 In November 2021 Ohio State University announced plans for undergraduate students to graduate “debt free,” why not other public colleges and universities? In pursuit of reparations and reparatory justice, the National African American Reparations Commission (NAARC) SHOULD call on college and university students to demand, and school administrators to establish, a “Debt Relief Fund” on campus so that low and middle income African American students and others leave these institutions “debt free.”

Student debt in the United States has reached crisis proportions at over $1.5 trillion, second only to mortgage debt. It is estimated that over 40 million people are carrying varying amounts of educational debt. The Annie B. Casey Foundation in its April 2021 report on “The Student Debt Crisis” pointed out that the pandemic and “public health crisis has only made the situation worse for borrowers.”

After assessing the current situation, the foundation recommended several policies and actions to address the problem. These included: “limiting tuition rates at public colleges,” “increasing grant aid and tuition waivers to low and moderate income students,” and “offering incentives to businesses to provide student-loan repayment benefits and tuition assistance.”

The Educational Trust, an independent research foundation, released its recent report on “Jim Crow Debt: How Black Borrowers Experience Student Loans.” Based on a nationwide survey of 1,300 Black borrowers, it found that “Black borrowers are among those most negatively affected by student loans due in large part to systemic racism, the inequitable distribution of wealth in this country, a stratified labor market, and rising college costs.”

The Trust concluded that “student debt is a racial and economic justice issue and any proposed solution to the student debt crisis must center on the perspectives, lived realities, and voices of Black borrowers.”

What did Black borrowers tell these researchers? Among other things they pointed out that “student loans do not advance racial equality,” “they did not increase Black borrowers’ ability to build wealth,” Income-Driven Repayment Plans (IDRs) became “shackles on their ancles,” and they were “like Jim Crow, where the debt ensures that they will never have full freedom.”

And most importantly, Black borrowers are hurt by the serious “limitations placed on debt cancellation.” Eighty percent of those interviewed for this study called for “complete government forgiveness on all student loans.”

Since student loan debt is a racial justice issue for African Americans and many others, it calls for a reparatory justice solution aimed at repairing the damage done by systemic racism in borrowing for higher education. Thus the National African American Reparations Commission (NAARC) should advocate that college and university students petition administrators and trustees to establish a “Debt Relief Fund” (DRF) to ensure that low and middle income Black students graduate from these institutions “debt free.”

At the same time, however, two years free tuition at community college would not deal with the major problems stemming from “Jim Crow Debt” for African American college graduates. The more promising development is the announcement by officials at Ohio State that the university will raise $800 million over the next decade to support its “debt free bachelor’s degree” program.

Currently nineteen states offer free tuition at community colleges for students who are eligible. The majority offer what are termed “last dollar scholarships” to students whose financial aid package – including federal aid and personal contributions – was less than their total college fees. “First dollar scholarships” include two-year tuition-fee waivers, regardless of additional grants or financial aid.

In contrast, Ohio State’s objective is for undergraduates “to earn their degree debt free,” covering four years of college fees. President Kristina M. Johnson declared that “with this program, we will help Buckeyes launch their lives after college, whether that means starting a business, buying a home, investing in the success of their communities.” Through work opportunities, paid internships, and grant assistance, the goal is to “empower students to take control of their financial future” (Ohio State News, November 19, 2021).

But should African American low and middle-income students wait for the college or university they are attending to follow Ohio State’s lead, particularly schools with billion dollar endowments? To address “Jim Crow Debt,” NAARC should call on college and university students to petition the administrators, particularly those who head institutions founded before the Civil War era to establish a “Debt Relief Fund” in the name of reparatory justice to ensure that African Americans and others graduate debt free. Operating like other independent foundations set up by college and university trustees and administrators, upon graduation the DRF would provide “first dollar scholarships” that would cover any remaining educational debt.

As would be the case at Ohio State, upon enrolling African American students would remain eligible to receive the various types of financial assistance for their undergraduate education. However, upon graduating the students would apply to the DRF to have any educational debt accumulated over the previous four years discharged. Funds for the DRF would be raised using the endowments, gifts, and other public and private donations, as is currently being done at Ohio State. Financially successful alumni, especially those who benefit from the DRF, would be encouraged to donate to the fund.

In an era of increasing competition for the shrinking pool of high school graduates, colleges and universities with DRFs would be more attractive to young people concerned about the mounting costs of higher education.

African American college graduates have decried the increasing “Jim Crow Debt”; however, through the establishment of debt relief foundations – perhaps named to honor prominent alumni – they could start their professional careers debt free. NAARC should stand ready to assist student organizations, alumni, and others in mounting efforts to ensure that the next generation of Black college graduates leave their institutions debt free.