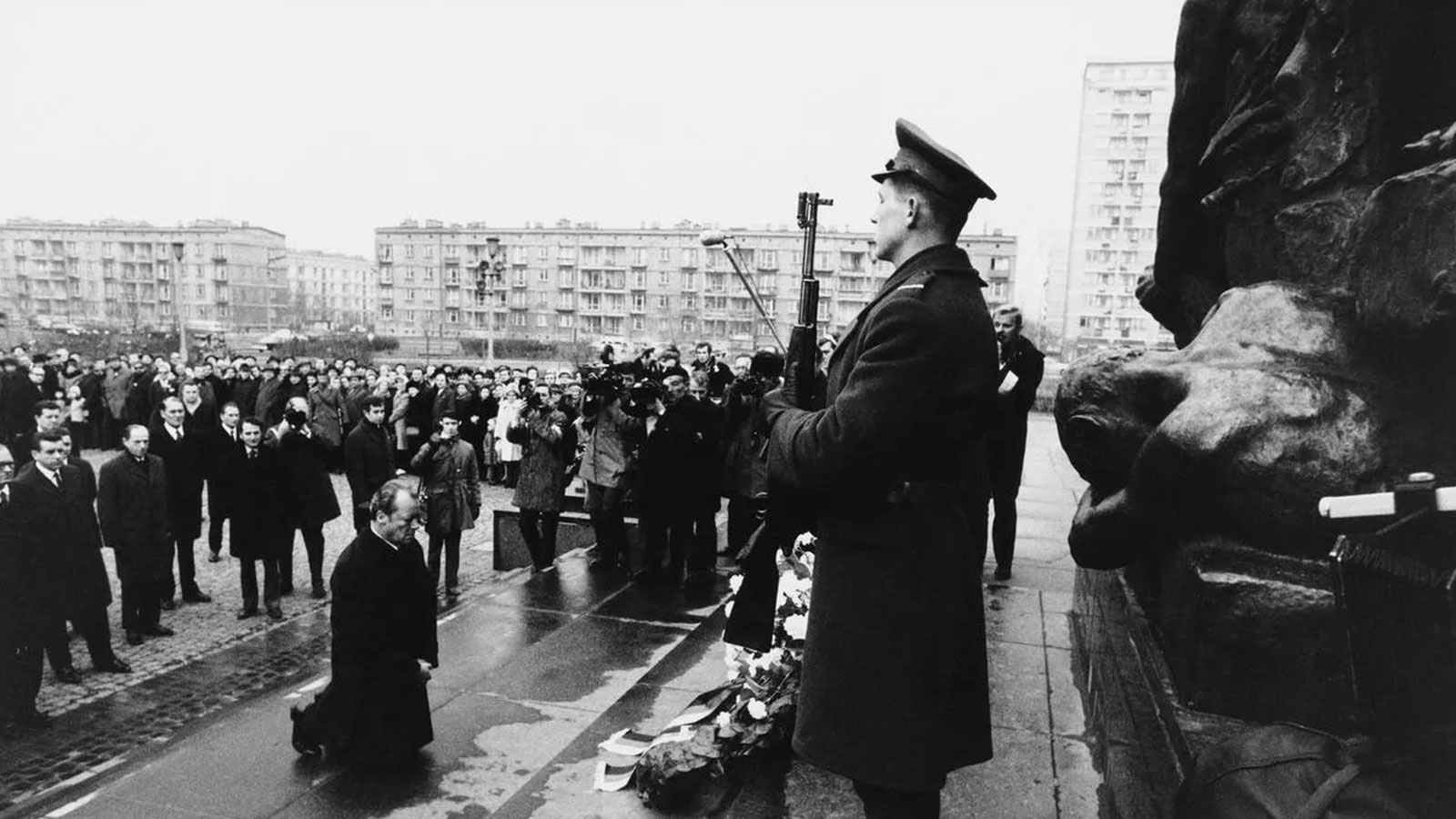 You Are Here: Home » Blog » Reparations » True t’shuva: Catholic Church should make reparations to Canada’s Indigenous communities in the same manner as Germany

In Jewish tradition, an apology is only part of the repentance process t’shuva. Germany continues to provide reparations to Holocaust survivors.

On Dec. 7, 1970, German Chancellor Willy Brandt stood before the monument to the Warsaw Ghetto Uprising. It was, perhaps, intended as a pro forma occasion; the leader of Germany standing where Jewish resistance to the unfolding genocide of the Jews of Europe held off the Nazi murderers in a doomed but heroic struggle that lasted for almost a month.

But the moment went off-script as Brandt, after laying a ceremonial wreath, slipped to his knees and remained kneeling before the memorial to the fighters of the ghetto. In so doing, he knelt also in the presence of the six million Jews murdered by the Nazis.

That moment, now known as the Warschauer von Kniefall (“Warsaw Genuflection”), was a small but important step in Germany’s reckoning with its past. Public opinion within Germany was closely split over the gesture, with many feeling that the chancellor’s behaviour was excessive. In a later interview, Brandt was clear on his motivation: “At the abyss of German history and under the weight of millions of murdered people, I did what people do when language fails.”

We thought of this as we listened to the words of Pope Francis as he offered an apology to the Indigenous peoples of Canada for the horrors of the residential schools. And we thought of this as we listened carefully to responses from the Indigenous community who heard his words — some taking comfort from what was said, others expressing disappointment and anger at what was left unsaid.

No one can tell a member of the Indigenous community how they should respond. Our own community’s experience with the lived and inherited trauma of the Shoah, or Holocaust, teaches us humility in this regard. But we know that apologies can have value and can lead to healing, if they are sincere and are more than words.

In Jewish tradition, an apology is only part of the process which is known as t’shuva, or the act of seeking repentance. We believe that beyond sincerity, a genuine apology must include a means for repairing the damage that has been done as well, as a commitment to never again repeat the offence.

In that spirit, we hold that the Pope must accept the corporate responsibility of the Roman Catholic Church for its part in the residential school system. It must acknowledge that in fact it was a genocide that operated under the guidance of Rome, and that this tragedy was not the result of a few “bad actors” gone rogue, but was behaviour sanctioned by the church itself.

We believe that in the spirit of t’shuva,the church should make ample reparations to the Indigenous communities of Canada in the same manner that Germany has, to this day, continued to provide reparations to Holocaust survivors and in some cases even their descendants. No amount of money can compensate for the lives that were broken and lost, but it can serve as a means to repair some of that damage. Reparations can help strengthen communities and, paraphrasing historian John Milloy, reconnect the arteries of culture that were severed.

And what of the Doctrine of Discovery, which sanctioned the seizing by European powers of land not occupied by Christians, and condemned the Indigenous people of those lands to “perpetual servitude”? This doctrine must be rescinded and utterly repudiated. This doctrine was, to borrow a phrase from historian Norman Cohn’s description of the antisemitic forgery known as “The Protocols of the Elders of Zion,” a warrant for genocide. It is a racist ideology.

As we contemplate this moment in Indigenous and Canadian history, we ought not to lose sight of the fact that Pope Francis came to Canada with sincere and loving intentions. But the sincerity of the apology will ultimately be demonstrated by the actions that follow: We have apologized; we will strive to repair the damage that we have done; we will acknowledge the genocide and offer reparations; we will never do these terrible things again.

To perform these actions would be the deeds of a true Pontiff (“bridge builder”), and would be a true act of t’shuva.