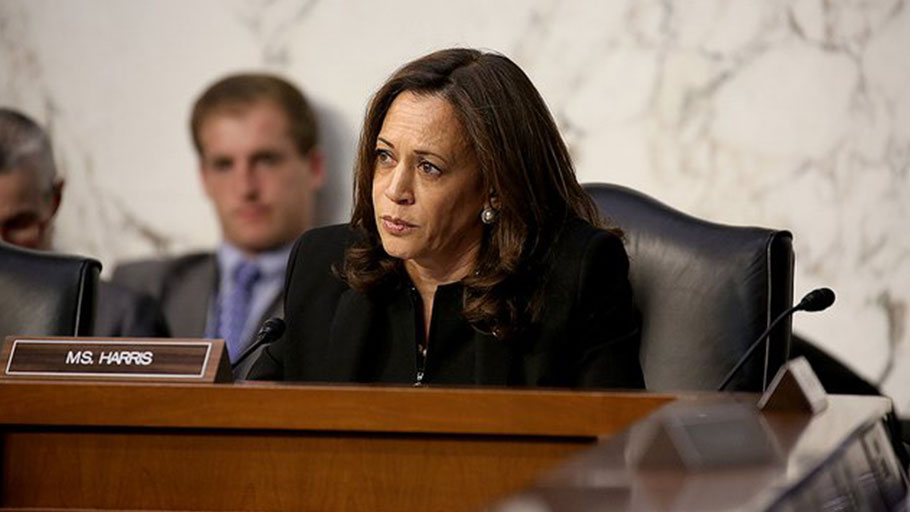 By Amie Parnes, The Hill —

The most competition for black voters’ support in recent memory is set to take place among the candidates vying for the Democratic Party’s nomination to take on President Trump.

African-American voters for years have been a key constituency in the Democratic race, helping to assure former President Obama’s and former Secretary of State Hillary Clinton’s nominations in 2008 and 2016, respectively.

But the fight this year promises to be even more frenetic given the number of top-tier candidates in the race and the fact that a clear front-runner has yet to emerge.

Sens. Kamala Harris (Calif.), Elizabeth Warren (Mass.) and former Housing and Urban Development Secretary Julián Castro have all backed reparations to compensate African-Americans for slavery, a big shift that points to a leftward tilt in this year’s race and the importance of winning over black voters.

Obama, the first African-American president, never endorsed the idea of reparations. Neither did Clinton or Sen. Bernie Sanders (I-Vt.) in the 2016 race. Sanders hasn’t backed reparations this cycle either.

Candidates are also highlighting the importance of black voters in other ways.

Harris, the daughter of a Jamaican father and an Indian mother, both of whom immigrated to the United States, launched her campaign on Martin Luther King Jr. Day.

Sen. Cory Booker (N.J.), the other black candidate in the race, has openly talked about his parents’ struggle with housing discrimination in the 1960s and has confronted the “blackface issue” head-on as recent scandals have surfaced in Virginia.

“It’s 100 percent going to be a fight,” Anton J. Gunn, a Democratic strategist who worked in the Obama administration, said of the battle for the black vote. “It’s all about which of these candidates can recapture the Obama coalition.”

Warren regularly discusses issues of racial inequality in her campaign pitches, saying that African-American families faced an uphill climb “made even harder by the impact of generations of discrimination.”

So does Sanders, who emphasizes helping all low-income communities while noting they are disproportionately black.

Sanders appointed former Ohio state Sen. Nina Turner, who is black, as one of his campaign co-chairs. He also called Trump a racist during a speech in South Carolina on Martin Luther King Jr. Day.

One reason for the push is the South Carolina primary, which Harris and Booker are both making central to their campaigns.

While Iowa and New Hampshire, the first two contests in the Democratic primary, are overwhelmingly white states, South Carolina has a large African-American population.

Given the size of the Democratic field and some feelings within the Democratic Party that it should field a minority candidate, its importance feels especially large this cycle.

Harris has already taken a couple of trips to the state, tapping into her network at Alpha Kappa Alpha, the nation’s largest black sorority. And Booker has sought to be competitive there by making some key hires in the state.

Both candidates will face strong competition from former Vice President Joe Biden, who is expected to enter the race and has long ties to supporters in the Palmetto State. He is also someone with strong backing from the black community after serving with Obama for eight years.

Pollster Celinda Lake pointed out that Biden has an 80 percent favorability among Democratic primary voters surveyed in South Carolina. A poll out last week by Change Research also showed that Biden — a favorite among civil rights activists — beats out other Democratic candidates in the state. Of 600 likely Democrats polled, Biden received 36 percent support. Sanders followed with 14 percent of the vote, while Harris received 13 percent.

“He has a lot of existing support,” Lake said. “And it’s a constituency he hasn’t taken for granted.”

A key factor, says Cornell Belcher, a prominent pollster who worked on Obama’s campaigns, will be candidates’ authenticity.

“Each candidate has to craft their own message that is credible to their brands,” Belcher said. “What’s right for Elizabeth Warren may not necessarily be right for Kamala Harris.”

Differences among the candidates on some of the issues touching on race — notably reparations — are already coming to the fore.

Booker is pushing “baby bonds,” which would give every child born in the United States a savings account. The government would add money to the account each year, with low-income children getting more money. Asked about reparations, Booker’s office highlighted the plan, which is not explicitly built to deal with racial disparities.

Sanders in 2015 said in an interview with Fusion that he opposed reparations because the possibility of getting legislation through Congress was highly unlikely and because it would be very divisive.

Warren is backing reparations not only for black people but for Native Americans as well.

Bernie Sanders Asks the Right Question on Reparations: What Does It Mean?

Bernie Sanders Asks the Right Question on Reparations: What Does It Mean?
We Need Your Support — Donate, Share, Sign-Up Ways to Support