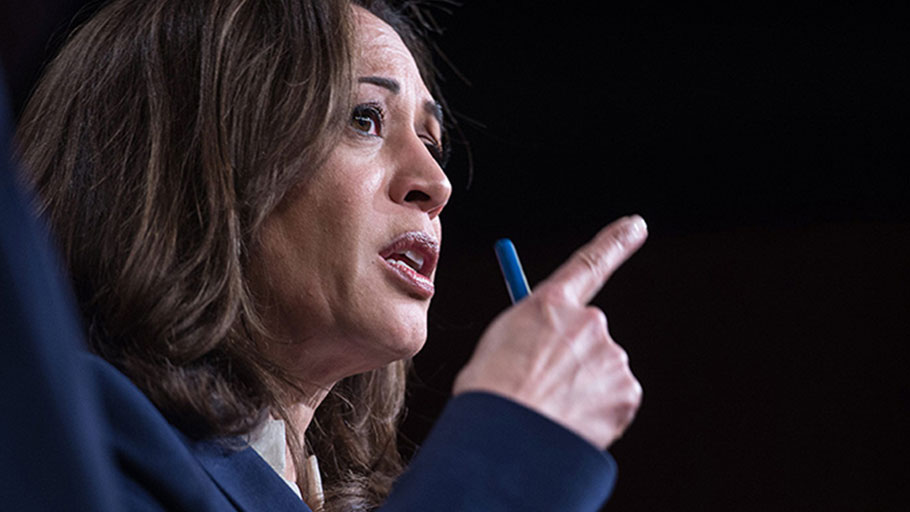 The claim: Kamala Harris said she’ll place a federal tax on homes to pay for reparations

Since she was chosen, misinformation about Democratic vice presidential nominee Sen. Kamala Harris has spread online. One social media post claims Harris’ views on reparations for slavery will lead to a new tax.

“GET READY TO PAY A FEDERAL TAX ON YOUR HOME FOR REPARATIONS!!, YES!!, KAMALA HARRIS SAID THAT!!” the Facebook post reads.

The post’s creator did not respond to USA TODAY’s request for comment.

Harris didn’t say that, but she does support reparations in some form

In this context, “reparation” refers to the compensation to descendants of American slaves. The idea of reparation has been mulled since the end of the Civil War, but mostly as an abstraction on the fringes of political thought, CNN reported.

Writer Ta-Nehisi Coates, whose 2014 writing got the conversation on reparations started, and actor Danny Glover addressed Congress in support of the bill in 2019. It’s also backed by Sen. Minority Leader Chuck Schumer.

“The legacy of slavery and Jim Crow are still with us,’’ Schumer told a small group of reporters in the U.S. Capitol in 2019.

House leaders expect the bill will pass this year.

Calls for reparations to descendants of slaves were made during the presidential primary debates and have grown louder since George Floyd was killed while in police custody in May. Democratic presidential nominee Joe Biden notes on his campaign website that a Biden administration would be in support of the study.

There’s no evidence Harris ever suggested introducing a federal tax on homes to pay for reparations. Still, she supports the idea of reparations, to an extent.

In a February 2019 interview with The Root, Harris said that she thought there should be some form of reparations for Black people, particularly in addressing the residual trauma caused by slavery.

“You cannot tell me that everyone is equal in a society when everyone doesn’t have an equal path to opportunity for success,” she said. “…We’re not going to be able to correct course without a serious intervention, and so we need to have that conversation about what that intervention should look like.”

Shortly after, Harris seemed to walk back that statement in an interview with theGrio’s Natasha Alford, saying she supports the Lift Act, which would provide a tax credit for all families, regardless of race, making up to $100,000.

In March 2019, she told NPR that reparations could look like mental health treatment for Black Americans experiencing residual trauma, as opposed to financial reparations. “I think that the word, the term reparations, it means different things to different people,” she said. “But what I mean by it is that we need to study the effects of generations of discrimination and institutional racism and determine what can be done, in terms of intervention, to correct course.”

In August 2019, Harris bolstered that statement, suggesting the study of reparations should come before any action.

“This stuff needs to be studied,” she told the Des Moine Register. “Because America needs a history lesson, to be honest about it, and we need to study it in a way that we are having a very comprehensive and fact-based conversation about policies and the connection between those policies and harm if we’re going to have a productive conversation. It can’t just be, ‘Hey … write some checks.’

“If we’re talking about writing a check, I don’t think it is that simple,” Harris said. “And frankly, I don’t support an idea or a notion that after all this, we’re going to say, ‘Okay, I’m going to write you a check, and then be quiet.’ Because that won’t solve the problem, which is the systemic issues that are present and will continue to exist, whether or not you write a check.”

Even if Harris wanted to institute a property tax to pay for reparations, she would not be able to.

The federal government is generally barred from levying property taxes under Article I of the U.S. Constitution, which states “No Capitation, or other direct, Tax shall be laid, unless in Proportion to the Census or enumeration herein before directed to be taken.” Property taxes are collected on the state and local level, USA TODAY previously reported.

Sen. Kamala Harris, the Democratic vice presidential nominee, did not say she supports a federal tax on houses to fund slavery reparations, though she does support reparations to an extent. We rate this claim FALSE because it was not supported by our research.