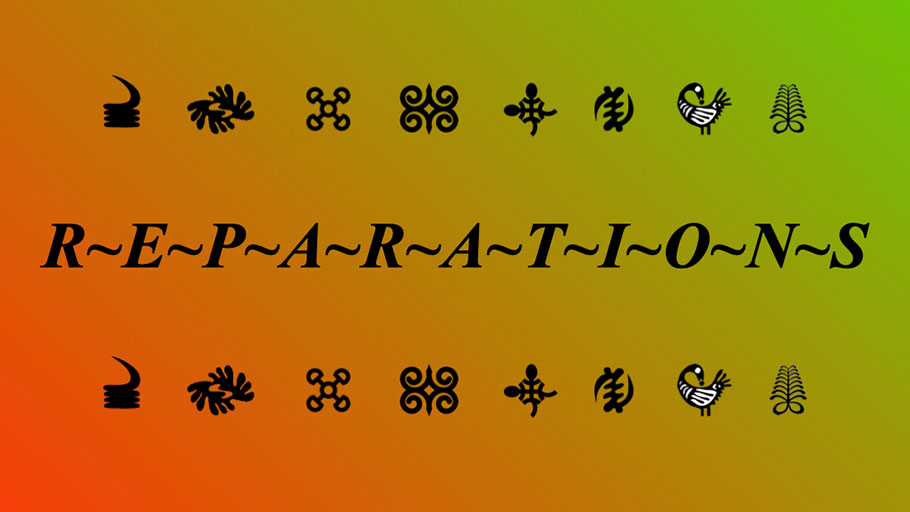 To My Fellow Reparations Advocates: Don’t Forget the Root Cause

You Are Here: Home » Blog » Reparations » To My Fellow Reparations Advocates: Don’t Forget the Root Cause

When the United States Congress returns to the issue of reparations tomorrow, the most important thing for everyone to remember is that everything depends on how the problem is defined.

On Wednesday, February 17, 2021, the House Judiciary Subcommittee on the Constitution, Civil Rights, and Civil Liberties will continue hearings on HR 40 to “explore the path to reparatory justice” for Black people.

I fully support reparations for people of African ancestry, and I applaud my fellow reparations activists who have brought us to this moment.

A gentle reminder: the key to full reparations for Black people is to focus on the root cause of our challenges: the lie of White superiority and Black inferiority. That lie is the fundamental crime against the humanity of Black people.

Devised more than 600 years ago to justify the enslavement of Africans and the exploitation of Africa, the lie created a false and poisonous ranking of human beings. It put White people at the very top of the hierarchy of humanity, and Black people at the very bottom, and all too often, outside of the human family, not for the term of their enslavement, but for an indefinite period into the future. It marked everything about Black people—Black hair, Black skin, Black values, Black spirituality, Black lives—as inferior.

The lie is still with us today, operating powerfully and silently, at the root of the gross disparities between Black and White people in health, education, wealth, income, housing, incarceration, police killings, and nearly every other area of life. It is the reason why driving, jogging, swimming, sitting in your own home eating ice cream, and doing almost anything while Black can be traumatic, dangerous, and even, deadly. It is the reason why Black people are so often treated as less than human.

The lie of White superiority and Black inferiority essentially cast Black people out of the circle of humanity. That is the proper definition of the problem. The proper solution is to focus on the lie as the thread that runs throughout the fabric of systemic anti-Black racism. We have to look for the threads of the lie everywhere, in every system, and grab them and pull long and hard on each one, until we unravel the whole fabric. Only then can we have to weave new systems grounded in the truth of Black humanity.

Our goal must be to reclaim our dignity and humanity as people of African ancestry. Monetary reparations are necessary, but they will not be sufficient.

As we have seen throughout history, no matter what measures are taken to promote “racial equality,” there is all too often a backlash against Black people. Consider, for example, the 1906 Atlanta race riots and the 1921 massacre on Tulsa’s “Black Wall Street,” both of which began as attacks on successful Black businesses. That’s because of the powerful, silent lie that operates constantly beneath the surface of our lives.

That is why any genuine initiative for reparations must include a concerted, multi-faceted, and sustained campaign to:

By all means, let’s fight hard for reparations. Let’s also advocate for a focus on the lie as the root cause of our challenges—in the upcoming hearings and in all conversations about justice for Black people. But let’s not wait for government to act.

Join us in working to make 2020-2030 the Decade to Defy the Lie of White Superiority and Black Inferiority and Embrace the Truth of Black Humanity.

Our children—and our ancestors—are waiting.