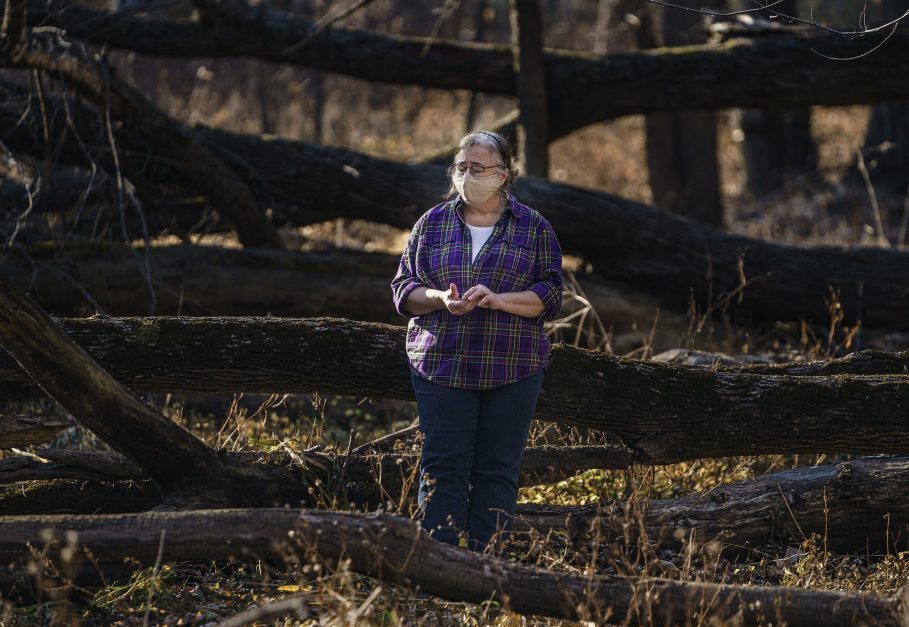 The Minnesota Council of Churches, leveraging its 25 denominations with more than 1 million members, prioritizes path to “truth and reparation.”

A St. Louis Park congregation devoted two years to exploring white supremacy, and now it is raising $1 million for a child care center for low-income families.

In Bemidji, some faith leaders are participating in “listening posts” often led by Native Americans who share experiences of discrimination.

Some Twin Cities churches have launched a “reparation fund” to support people of color who are activists combating racial inequities.

Religious groups across Minnesota have been experimenting with ways to share “the hard truths” about racial injustices, especially after the killing of George Floyd. Now the Minnesota Council of Churches hopes to dramatically multiply and deepen those efforts, leveraging its 25 denominations with more than 1 million members.

The council has launched a statewide “truth and reparation” initiative, the first ­council to do so in the nation. It is modeled on the principles of the Truth and Reconciliation Commission in post-apartheid South Africa. The idea is to educate Minnesotans about the state’s — and the churches’ — difficult histories with African Americans and Native Americans, try to heal the deep, lingering wounds and develop forms of reparation.

“Minnesota right now is at the epicenter of racial justice transformation,” said the Rev. Stacey Smith, presiding elder of the African Methodist Episcopal Church in Minnesota and council board member. “I feel we have a responsibility to respond as a church and talk about these things. There has been such a vacuum of missing stories, not only from Black and brown people, but Indigenous people and others.”

The council is looking for partners across the state with experience and/or interest in a deep dive into this typically untold side of Minnesota history and its lingering implications, said the Rev. Curtiss DeYoung, CEO of the Minnesota Council of Churches.

The 10-year initiative, launched last month, is unprecedented, said DeYoung, a former professor of reconciliation studies who traveled frequently to South Africa to study its Truth and Reconciliation Commission.

“This is a historic moment for the Minnesota Council of Churches,” he said.

Supporters include leaders of the state’s two largest Protestant denominations — the Evangelical Lutheran Church in America (ELCA) and United Methodist Church — as well as its largest African American denominations.

It has already garnered startup funds from the McKnight Foundation and the St. Paul & Minnesota Foundation.

The initiative reflects the national trend for faith groups to re-examine their own histories and legacies of white supremacy and slavery. Virginia Theological Seminary, the nation’s largest Episcopal Seminary, announced this fall a $1.7 million reparation fund that would include payments to descendants of slaves who built the seminary.

The Episcopal Diocese of Maryland created a commission on truth and racial reconciliation, as has the National Council of Churches, to address inequities. Countless individual churches nationally are tackling racial justice issues, including policing, housing and education.

“There’s a lot of anti-racism work going on,” said Jim Winkler, president of the National Council of Churches. “But I haven’t seen a plan as systematically laid out as the Minnesota council has done.”

Building a statewide network of meaningful racial awakenings, healing and reparations will be a tall mountain to climb, organizers acknowledge. Getting hundreds of churches in 25 denominations to sign on will take work.

“There will be [white] people who just don’t ‘get it’ or are uncomfortable with it,” said the Rev. Billy Russell, board chairman of the Minnesota Council of Churches. “And there will be people [of color] who think nothing will come out of it. There’s a lack of trust. … But this a work in progress, and this is a great starting point.”

On a wind-swept hill near St. Peter Catholic Church in Mendota Heights, the Rev. Jim Bear Jacobs recently stood surrounded by 20 participants on his Sacred Site Tour, one example of the kind of “truth telling” that the council envisions. He gestured toward the junction of the Minnesota and Mississippi rivers below.

“When Indigenous people talk about stolen land, this is the first piece in Minnesota,” Jacobs said.

He explained that Dakota leaders were granted rights to hunt and fish in perpetuity, and European settlement was not supposed to go farther west.

“That never held up,” he said.

The group next moved to Fort Snelling State Park, where a sometimes-emotional Jacobs described how 1,600 Dakota people, many women and children, were interned there under brutal conditions in the aftermath of the 1862 U.S.-Dakota war. The tour concluded at a sacred burial ground on Pilot Knob Hill once slated for a housing development.

“Sometimes people think, what happened [to Native Americans] was so long ago,” said Jacobs, racial justice director for the council of churches. “But Pilot Knob was saved just 14 years ago.”

That message, that the past informs the present, underlies other efforts unfolding in churches seeking a deeper understanding of white supremacy in Minnesota.

Westwood Lutheran Church in St. Louis Park, for example, is among churches that have created a Racial Equity Team to facilitate racial healing and provide tools for congregational change. For two years, it has brought in guest lecturers, screened films, hired a race and equity consultant — even revamped its children’s books and worship music — to make it more welcoming to people of color, said senior pastor the Rev. Tania Haber.

It is now working to raise $1 million for an affordable child care center.

“We’re using the word ‘reparation’ in the broadest sense,” said DeYoung. “We have to repair the harm. Maybe it’s land repayments, or supporting Black businesses.”

Some Twin Cities faith groups are exploring that idea, creating a reparation fund that now contains about $10,000, said the Rev. Rebecca Voelkel of Lyndale United Church of Christ, an organizer for MARCH, or Multifaith Anti-Racism Change and Healing.

The faith groups also are doing an inventory of their own assets with an eye toward sharing them.

“Church buses could be used to take people to a march,” Voelkel explained. “First Congregational Church is letting its commercial kitchen be used to make meals for people in encampments. We have people come in and use our Xerox machines. We lent out our van. It’s not huge, but the model can be scaled up.”

Faith leaders acknowledge there will be challenges to building the trusting relationships needed to make the project work with tribal communities, African American communities and young activists.

And the initiative must not replicate common race reconciliation formulas of the past, namely well-meaning gatherings of white folks and people of color “but then nothing happens,’’ said Russell.

“We can’t have the same people doing the same thing,” said the Rev. Brian Herron, an African American activist and former council board member. “We need to engage new people, young adults. And this has to be taken out in the communities where people have been harmed by systemic racism and white supremacy.”

The prospect of an organization with up to 1 million members tackling racism head-on was exciting to Eric Jolly, president of the St. Paul & Minnesota Foundation.

“If you want things to change, you have to meet them where they’re at,” said Jolly. “And a large part of Minnesota is at church on weekends.”

For now, the council is fundraising to hire two co-directors and is seeking partners. It’s the first step in the journey, said DeYoung, “and we don’t know what we’ll discover.”