You Are Here: Home » Reparations » On Reparations, Let Impacted Communities Lead the Way 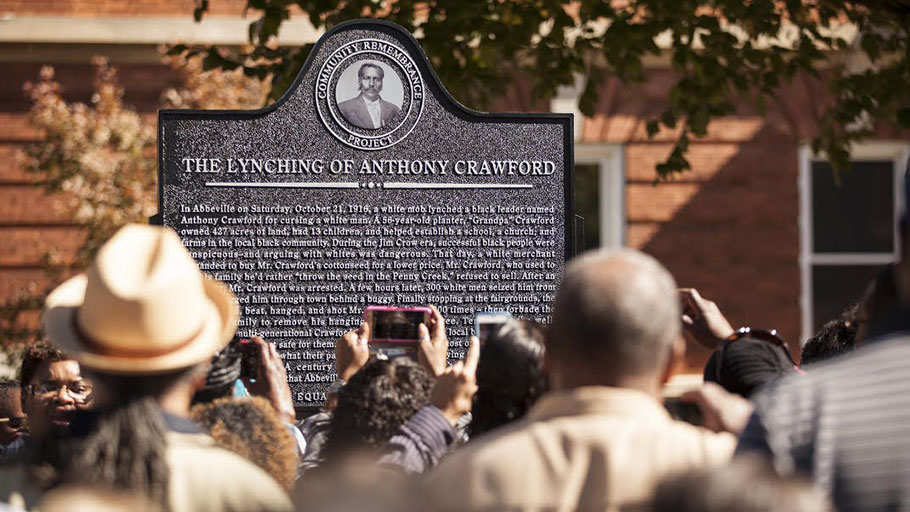 A crowd gathers in Abbeville, South Carolina, to commemorate a memorial to Anthony Crawford, a prominent Black businessman who was killed by a lynch mob in 1916. Photo from David Ragland/FOR Reparations

This is Part 3 of a 4 part series on Reparations by Yes!

The campaign FOR Truth and Reparations hosted the Black Manifesto Revival in Atlanta’s historic Candler Park neighborhood this past May. The revival was in observance of the 50th anniversary of the Black Manifesto, which initially demanded $500 million in reparations (and later $3 billion) from Christian European American churches and Jewish synagogues.

Introduced in April 1969 by James Forman of SNCC, (Student Nonviolent Coordinating Committee), the Black Manifesto offered an olive branch to White churches and synagogues that have benefited from the enslavement of Africans in the United States and the world that slavery created. The document was considered by its author and other SNCC members to be a statement of Black self-determination that challenged White religious institutions to participate in repair that could be restorative.

The purpose of the gathering in May was to reflect on the impact the Black Manifesto had on faith communities, and also the demand for reparations as restitution. After the release of the manifesto, the Episcopal church released a statement outlining their charitable contributions to social welfare programs already in operation. These included $9 million to community organizations to help the poor; $1 million deposited into accounts at more than 50 African American-owned banks, and $3 million invested in Black-owned enterprises. The Presbyterian Church agreed to begin a $50 million drive to “work against poverty,” and the World Council of Churches created a $300,000 fund for “oppressed people.”

Sadly, none of the demands of the manifesto were fulfilled.

The gathering in Atlanta, while a powerful reflection on the importance of Black-led movements for reparations, was also a cautionary assembling to address the ways in which reparations and poverty elimination programs are often conflated.

In his groundbreaking book Freedom Dreams: The Black Radical Imagination, Robin D.G. Kelley writes about the reparations work of Queen Mother Audley Moore, who argued against these economic equality approaches because, she said, the programs would benefit and be led by a small clique of Black leaders.

Economic equality, Moore posited, is not reparations. Economic equality represents what any decent society values for all of its citizens. Reparations, as this series of articles points out, involves the repair of moral and material harms—in this case of the enslavement and subsequent oppression of Africans and their descendants in the United States.

The United Nations describes as a form of reparations, restitution—the restoration of the conditions before the harm occurred through repatriation, compensation, return of rights and what was stolen.

What better example of a place to be restored than the location where the revival took place? The First Existentialist Universalist Unitarian Church, originally Antioch Baptist Church in the now-gentrified historic neighborhood, sits on the grounds where former enslaved Africans established a community.

Black people in Candler Park—like the many other Black people around the country—created religious, businesses, civic, and social organizations for themselves and their children. At the end of Reconstruction, circa 1880, they built a wooden structure as their house of worship. It was mysteriously burned down in 1916. Within two years, the community constructed a stone church near the original site. And in 1950, many members were forced to leave their “Old Stone Church” because of racial housing codes and hostile White neighbors. 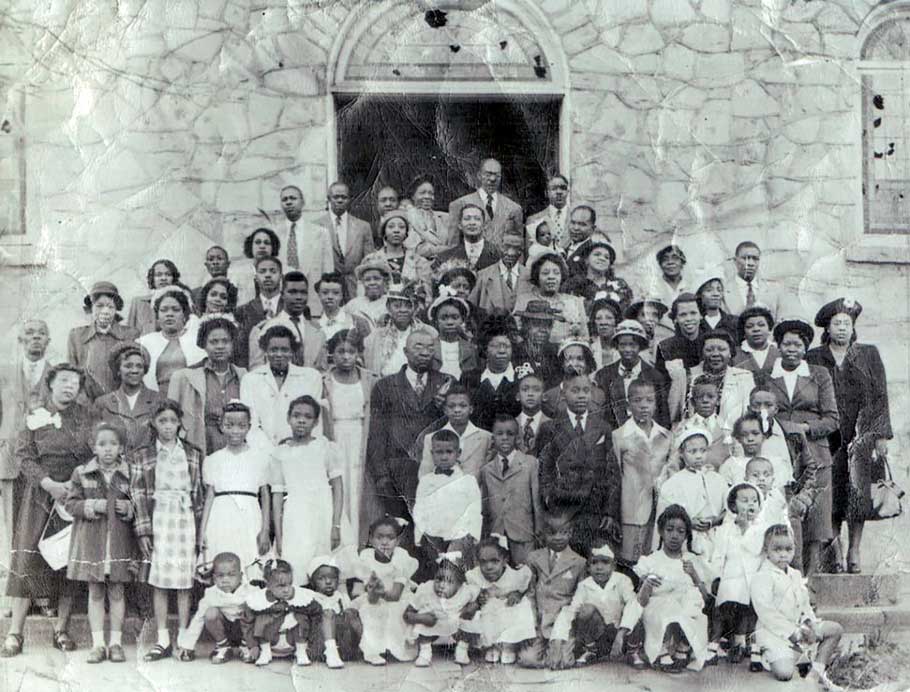 The displacement of the Black community in Candler Park offers a window into the repair and restoration that needs to take place nationwide. Many White folks have inherited assets, property and/or land from parents or grandparents, while assets, property and land was taken away from or denied newly freed Africans and their descendants. Land originally stolen—in many cases—from Native peoples who were pushed onto reservations.

Why does this matter?

To repair this particular type of harm—for restitution to take place— there has to be an understanding of generational complicity.

Derrick Bell, founder of critical race theory, points out the permanence of our racist structure given that the founding U.S. constitutional framework was meant to solely benefit the White elite at the start of the nation. And so that White people would outnumber people of color, they allowed White-identifying immigrants to settle and also benefit from conquered and outright stolen lands, genocide, and enslavement. By doing this, the founders ensured that those White-identifying immigrants would become complicit in the founding and continuing genocidal violence for the sake of personal economic interest.

Philosopher Hannah Arendt called this phenomenon, where “ordinary” people who participate with injustice for their economic or social benefit, the banality of evil for those lacking moral resources to discern injustice because it is systematic. The laws that harm people by stealing from them are upheld by leagues of people (of all races)— because it benefits them in some way, however large or small.

Recently a New Hampshire lawmaker said slavery was not immoral, just business. It follows that the continuing post-slavery violence falls into the realm of amorality, a condition divorced of ethics—only political realism. This framing, of course, is disingenuous, and helps those who benefit from the harm to others justify their economic gain. Martin Luther King Jr. described this amorality as one of the triplets of evil.

As we consider restitution one of the necessary dimensions of reparations, we have specific examples in mind of the actions that can be taken and where: Candler Park, where the theft of land and community continues through an undemocratic emergency management lawhe descendants of Black Wall Street in East St. Louis; the MOVE in Philadelphia. Each of these communities, and more, deserve restitution for loss of life, creation of political prisoners and theft of land.

In cases like Candler Park, where this history is mostly unknown beyond a few historical markers describing the past violence that forced out the Black community, we might consider restitution through symbolic means such as a gentrification tax, which assesses the amount of income and land generated to create a community land trust that benefits those affected by economic and historic violence. Other ways to return what was stolen include direct interpersonal forms of reparations that return land and assets to Black and Indigenous communities.

These were among the solutions discussed at the revival, which hearkens back to the original intent of the Black Manifesto. The actual return, or restitution, cannot be a White-led or White-centered process, otherwise the harm continues through paternalism at best. Reparations in this sense, must be led by impacted communities, like Candler Park, to fully grasp what is necessary for authentic restitution.

The process begins with truth-telling and full acknowledgement of the harm in ways that centers those who were harmed.

This article was originally published by Yes! and republished under CC BY-NC-ND 4.0 license.

Tarell Kyles is a doctoral student at Pacifica Graduate Institute. She is an organizer with the Truth Telling Collective and the Malcolm X Grassroots Movement.

David Ragland is the Senior Bayard Rustin Fellow at the Fellowship of Reconciliation (FOR USA). David is the director of the campaign FOR Truth and Reparations, and co-founder of the Truth Telling Project of Ferguson, which began in the early days of the Ferguson Uprising to shift the narrative of the protests and police violence. David is also a member of the Stony Point Community of Living Traditions and the Muslim Peace Fellowship in Stony Point, New York.

What Elijah Cummings Meant to Baltimore