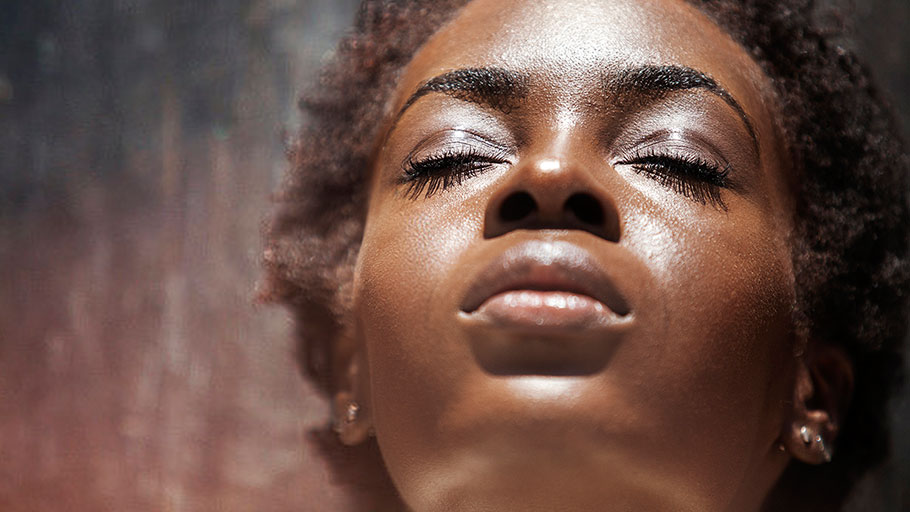 With Reparations, We Must Demand Repair—and Heal Ourselves

You Are Here: Home » Blog » Reparations » With Reparations, We Must Demand Repair—and Heal Ourselves

The traumas visited upon Black bodies for the past 400 years have included physical violence and theft of spirituality, which is linked to today’s mental and spiritual wounds, passed down from generation to generation.

This is Part 2 of a 4 part series on Reparations by Yes!

The first panel at the National Grassroots Reparations Convening in Ferguson, Missouri, earlier this month was titled “Spirituality, Healing and Reparations.” Facilitator Rev. Emma Jordan-Simpson, executive director at Fellowship of Reconciliation, the organization cohosting the four-day convening, opened the discussion by sharing a story about the Lyft driver who brought her there that day. The driver was an older African American woman who described to Jordan-Simpson having multiple jobs, caring for grandchildren, and needing another source of income. The driver told her simply, “My soul is tired.”

“What do we say to our people whose souls are tired?” Jordan-Simpson asked the panelists.

This question, and the panelists’ responses, has stayed with me over the last several days as I continue to survey the diversity of how Black people in the United States understand reparations. I mentioned in Part 1 of this series that reparations are not only a political and social intervention that should come in the form of monetary compensation, but also a spiritual one. For the second installment of this six-part series, I will expound on that by focusing on rehabilitation, one of the five forms of reparations and remedy to gross violations as defined by the United Nations.

From Aug. 8 to 11, over 20 grassroots organizations participated in this country’s first National Grassroots Reparations Convening focused on healing in Ferguson. The date, location, and topic were chosen to coincide with the five-year anniversary ceremony and ritual of the death of Mike Brown Jr., an 18-year-old who was shot and killed by a police officer Aug. 9, 2014. It was also significant because August of this year marks 400 years since 20 Black bodies were brought to this land, ushering in a form of enslavement—chattel slavery—that would change global relationships, cultures, and economies for centuries to come. The truth about this history must be told to begin the healing.

On Aug. 9, along with hundreds of others, I revisited the place where Brown Jr. was killed, along with thousands of other victims of police violence. When I listened to the stories of families from around the country who lost loved ones—such as Andrew Joseph III’s mother and father from Tampa, Florida, who lost their son a few months before Brown was shot down in the street with his hands raised in surrender—I could see clearly how the generational trauma of slavery, the history of Jim Crow, and the mass incarceration of Black lives shows up in the genetic energy to protest police violence.

The uprising in Ferguson following Brown Jr.’s murder lasted more than 300 days, not because of some capriciousness, but for the very reason Black folks in this country have been demanding reparations for centuries: gross violations against them physically, psychologically, spiritually, culturally, and economically.

The trauma around Brown Jr.’s death was compounded by authorities allowing his body to lie for more than four and a half hours in the hot summer sun. To put that time into perspective, as one speaker did at the ceremony, that’s a car trip from Ferguson to Chicago.

The traumas visited upon Black bodies for the past 400 years have included physical violence and theft of spirituality, which is linked to today’s mental and spiritual wounds, passed down from generation to generation.

What do we say to our people whose souls are tired?

When we consider healing—rehabilitation, rest—in the conversation about reparations for past harms, one must think of the physical violence endured by those who were enslaved and the long-term impact on them and their descendants, whose psyches have been affected by generational trauma. This trauma is compounded by the daily experience of being Black: encountering not only discrimination based in the belief that I don’t like you because you’re different, but also the racism that claims I am better than you and therefore I should have benefits and privileges that you cannot. As a result, Black folk continue to grapple with systemic humiliation that collectively keeps them in generational poverty—body, mind, and spirit.

New research into epigenetics speaks to how trauma from slavery can be passed down from generation to generation. During slavery, we were robbed of our traditional rituals and spirituality, our native tongues, and our land; we were violently separated from our families; we were lynched and brutalized physically, emotionally, and mentally. This has been described as “post-traumatic slave disorder,” but as many of my colleagues, like Jumoke Ifetayo of the National Coalition of Blacks for Reparations, would say, we are still living with compounded trauma from our experience with every system of U.S. dominance, including health care.

Healing from slavery and the subsequent oppression of Black people in this country is a long-term commitment.

During the Ferguson Uprising, people were retraumatized: facing down tanks, Humvees, tear gas, smoke grenades, and weapons pointed in our faces. Ferguson protestors have been found dead under unclear circumstances in the months and years after the uprising. Law enforcement continues to be an occupying presence in the mostly Black town. Ferguson is the most recent example of why reparations are needed and the ways in which they can be administered.

Our response to the militarized police violence of our own government against our communities was not only in standing up to it, but also learning from the trauma and building community through the sharing of stories, meals, resources, and connecting with each other to withstand the onslaught of state-sanctioned violence.

From this trauma, I learned what many Black folks, including my father, having been trying to teach us. While we demand repair, we must also heal ourselves through an unapologetic pursuit of physical and spiritual rehabilitation that connects us with the knowledge of our ancestors. The Reparations Toolkit introduced by the Movement for Black Lives offers us a model. It posits that rehabilitation would require “the state [to] provide healing services to those directly impacted by incarceration. This could include therapy, healthcare, acupuncture, or other healing services that help those impacted rehabilitate and recover.”

This demand from the government is not the only source of rehabilitation and healing. Funders for Justice supports the redirection of traditional philanthropic dollars to our communities in ways that support healing and health. Soul Fire Farm teaches ways of farming that connect with sustainable Black and Indigenous practices that reinforce health of the land.

The enormity of healing from slavery and the subsequent oppression of Black people in this country is a long-term commitment that we must demand from our governments, White allies, and the sources of knowledge we must seek for ourselves. And while we at FOR Reparations and The Truth-telling Project understand that it is a long-overdue debt to be paid by the benefactors—government, corporations, and individuals—we also recognize that full repair is necessary to end the war on Black lives.

This article originally published by Yes! and republished under CC BY-NC-ND 4.0 license.

David Ragland wrote this article for YES! Magazine. David is the Senior Bayard Rustin Fellow at the Fellowship of Reconciliation (FOR USA). David is the director of the campaign FOR Truth and Reparations, and co-founder of the Truth Telling Project of Ferguson, which began in the early days of the Ferguson Uprising to shift the narrative of the protests and police violence. David is also a member of the Stony Point Community of Living Traditions and the Muslim Peace Fellowship in Stony Point, New York.