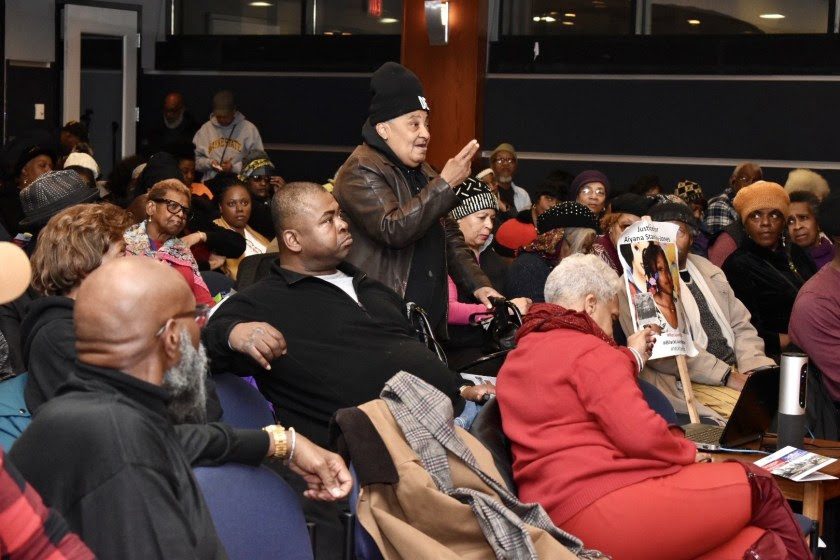 By Don RojasDecember 12, 2020No Comments

PuLSE Announces Major Lecture Series on Caribbean Influence on American politics
The PuLSE Institute, an independent anti-poverty think tank headquartered in Detroit, has announced the launch of a major lecture series beginning in January 2021 to focus on the contributions of the Caribbean world to U.S. politics and to examine the quest for reparatory justice and anti-poverty policies.

The concept originated from the strong interest that was generated from the December 2 PuLSE Literary Circle National Forum that featured the internationally renowned Jamaican scholar Dr. Rupert Lewis of the University of the West Indies. Lewis, who received a U.S. Congressional Record testimonial at the forum recognizing and placing his decades of scholarship into the Congressional record, delivered a riveting keynote address that touched on the many important flashpoints of Caribbean contribution to American life, and the rise of U.S. Senator Kamala Harris as the next Vice President of the United States. Harris is the first Black woman of Jamaican heritage set to become the second in command of the United States. Lewis spoke before an international audience of leading academics from Brown University, University of the West Indies, officials from institutions such as the Caribbean Development Bank and policy makers, activists and heads of several organizations, foundations and agencies including the United Nations who attended The PuLSE Institute forum on Wednesday.

The new speaker program, Caribbean Influence on America and the World: Reparatory Justice and Anti-Poverty Policy Lecture Series, will feature some of the most important voices in the Caribbean region whose work and research deals with issues of economic justice including reparations.

The 2020 presidential election has thrust the issue of reparations for African American descendants of slaves to the national spotlight. The issue for the first time became a significant topic of discussion in the presidential campaign, and it gathered momentum in the wake of the Black Lives Matter demonstrations that were crystalized after George Floyd, a Black man died under the knee of a white police officer in Minneapolis in May of 2020.

The lecture series will explore how the Caribbean world is leading the international debate about the future of reparations and lessons to advance the theory of reparatory justice for Black descendants of slaves both in America and in the Caribbean.

For example, the 20 nations of the Caribbean under CARICOM have endorsed a commission on reparations called The CARICOM Reparations Commission, a regional body created to “establish the moral, ethical and legal case for the payment of reparations by the governments of all the former colonial powers and the relevant institutions of those countries, to the nations and people of the Caribbean community for the crimes against humanity of native genocide, the Trans-Atlantic Slave Trade and a racialized system of chattel slavery.”

The series will also examine specific and effective anti-poverty policies that are being championed in the Caribbean to address the vexing issue of economic inequality.

“The quest for racial parity is a centuries-long battle that persists in present day American life and around the world. Yet as we celebrate the historical election of Senator Kamala Harris of Jamaican descent as the first Black woman Vice President-elect, the highest elected political office of any Black woman in the nation, we cannot ignore that the true pursuit of equality is incomplete without reparative justice,” said Attorney Tina M. Patterson, president and director of research at The PuLSE Institute. “This contentious but necessary debate has found its way into American politics, but no region has paved the way forward in this essential topic than the Caribbean. As such, The PuLSE Institute is proud to introduce this lecture series that uplifts the groundbreaking work of reparatory justice from the Caribbean.”

Bankole Thompson, the editor-in-chief and dean of the Academy of Fellows at The PuLSE Institute, said the series is timely and relevant as the nation prepares for a Biden/Harris era in 2021. Thompson, a nationally renowned journalist and culture critic is an opinion columnist at The Detroit News, where he writes a twice-a-week column on presidential politics, culture and socioeconomic issues. He was one of the leading voices in the media pushing for a Black woman as a VP candidate on the Democratic ticket during the 2020 presidential campaign.

“Through a diverse range of authoritative speakers including scholars, activists and policy makers, this series will help provide an educated understanding of the international push for reparatory justice as well as the need to address issues that are front and center of the Black Lives Matter movement in the nation,” Thompson said.

“What is happening in the Caribbean is not lost on our national conscience given the deep historical ties between the United States and the Caribbean. It is important for the Biden/Harris administration to engage this issue head on.”

Biden’s transition team has added a reparations advocate, Mehrsa Baradaran, a professor at the University of California, Irvine School of Law, as a member of the U.S. Department of Treasury transition review team.

A major highlight of the series will be the significant ties between the United States and the Caribbean, a region that has had a prominent presence on Black political life in America. Children Caribbean parents, have long shaped U.S. politics and have been a force in the Civil Rights Movement as well as in the entire sphere of influence in national politics. Among them is the elder statesman of the Civil Rights Movement Harry Belafonte (Jamaica), Black activist and philosopher Stokeley Carmichael (Trinidad), Congresswoman Shirley Chisholm, the first African American to run for president (Barbados), Eric Holder, the first Black Attorney General (Barbados) and General Colin Powell, the first African American Chairman of the Joint Chiefs of Staff (Jamaica).

The earliest and most notable of these global influencers with deep Caribbean roots is Marcus Garvey, a son of Jamaica and the father of Black nationalism, whose message of Black economic and political empowerment permeated the veins of the American Civil Rights Movement and the contours of the global liberation movements. As a matter of fact, one of the icons of the struggle for Black humanity, Malcolm X, whose mother was from the Caribbean nation of Grenada, was heavily influenced by Garvey. Malcolm’s parents were loyal disciples of the Garvey movement.

“We are hopeful that this series will enlighten and educate on the difficult but imperative work needed to fully correct the atrocities caused by barbaric institution of slavery,” said Patterson.

Thompson added, “From the Caribbean to Detroit, the issue faced by many is poverty that is rooted in centuries of structural inequality stemming from slavery. That is why this series is important.”