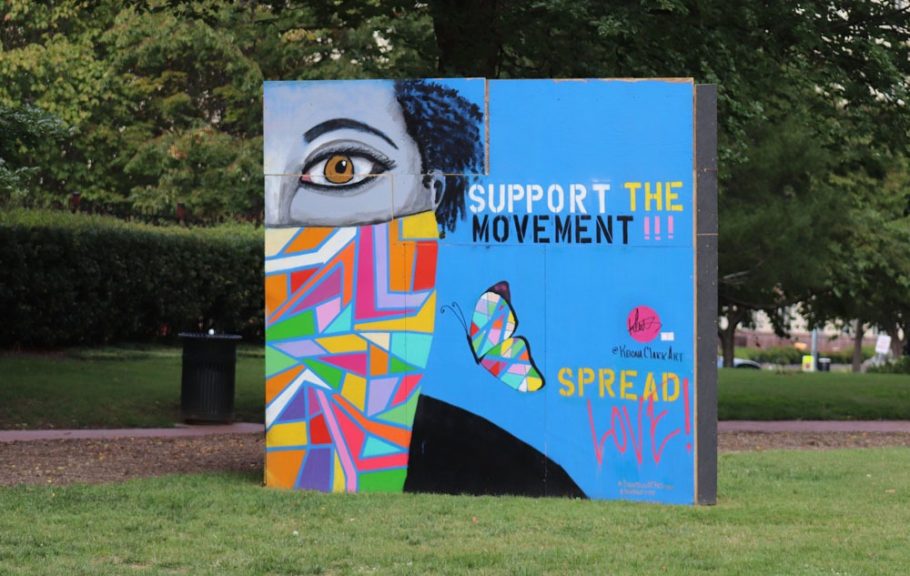 Black Movement Organizations Call for Reparations Instead of Giving Tuesday

You Are Here: Home » Blog » Reparations » Black Movement Organizations Call for Reparations Instead of Giving Tuesday

A coalition of Black organizations have decided to skip #GivingTuesday and call for justice by reimagining relationships, repairing harm, and reorganizing economies. Through the #ReparationsMonday campaign, leaders of the Movement for Black Lives (M4BL) called for more transformational giving strategies to promote systemic change.

Instead of requesting the traditional #GivingTuesday donations, which M4BL advocates say promotes an unequal system where organizations “with the largest PR budgets…receive the bulk of these donations,” they sent a list of racial and equity justice recommendations and resources. Through the distribution of a Reparations Now Toolkit, Black leaders seek to promote policy solutions similar to the GI Bill of the 1940s—which largely left people of color out of the equation—to address past and present harms and exploitation under the purview of the US government and corporations. The document is 118 pages long and includes detailed historical context of how white Americans especially have profited off of Black lives.

Reparations are not solely about monetary compensation; they also have to do with the difficult but necessary process of healing and restoring dignity and fundamental human rights. At its core, reparations deal with divesting from systems created to perpetuate harm and reinvesting in institutions and programs that improve community physical, social, economic, and spiritual well-being.

Black leaders are calling on communities to tell their stories of why reparations are important to them and imagine what they would actually look like. The toolkit offers several group activities to promote these conversations to understand and create new narratives for social justice for people of color.

The call for reparations is not new, but it is slowly gaining traction. M4BL is also calling for support of proposed legislation—HR40, introduced by late Rep. John Conyers, Jr., in 2013—that would establish a Reparations Proposals Commission for Black people. The first hearing for the bill was held on Juneteenth 2019 by the House Judiciary Subcommittee. This past September, California became the HR to create such a task force to recommend reparations for slavery people at the state level.

As Ta-Nehisi Coates wrote in 2014, for the nation to face the devastating effects of slavery, racism, and state-sponsored ostracism will not be easy, but it is necessary:

Reparations—by which I mean the full acceptance of our collective biography and its consequences—is the price we must pay to see ourselves squarely. The recovering alcoholic may well have to live with his illness for the rest of his life. But at least he is not living a drunken lie. Reparations beckons us to reject the intoxication of hubris and see America as it is—the work of fallible humans.

Giving Tuesday has thus been given a new meaning by the same racial justice movement that shook the country to its core this year: a path towards deep reflection and committed action.

However, if people do wish to donate to M4BL’s mission, they could still do so to a collective fund set up to benefit 150 organizations. “Every dollar that you donate to the campaign will be spread across the movement to empower Black-led organizations, to continue mutual aid, community investment, and deep, sustainable work—for us, by us.”