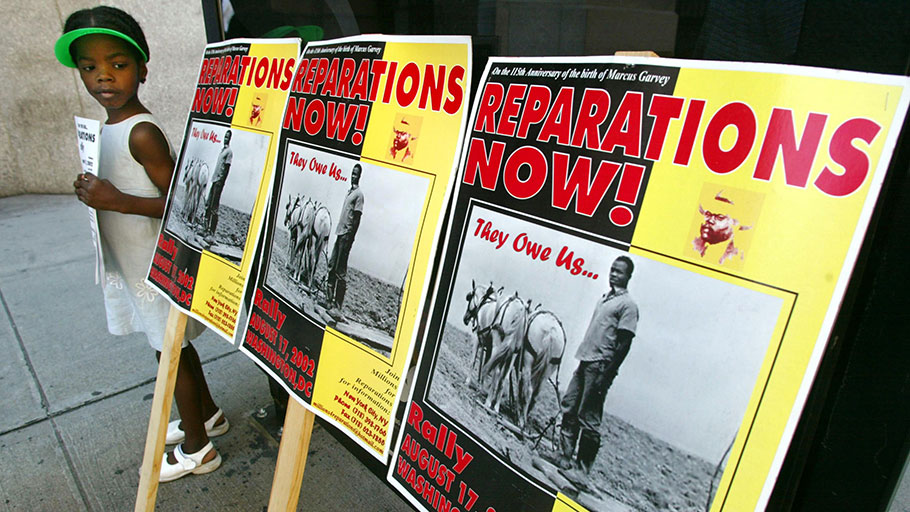 By Dr. Julianne MalveauxJune 28, 2019No Comments

I was honored to have been asked to provide testimony at the House Judiciary Committee hearings on H.R. 40, the legislation that would establish a commission to study reparations and recommend remedies to Congress. It is relevant legislation that has been a long time coming. It is important to note that the bill does not “cash the check,” as Dr. Martin Luther King challenged when he gave his rousing speech at the Lincoln Memorial in 1963. It merely asks that a commission examine how our nation can repair the breach from the economic violence that was, and is still, visited on African American people.

My Republican friends, and yes, I do have some, were appalled that I described Republicans as “the devil” and white people as “ignorant.” They wrote, called me and called me out online. Those who are aware of the “tick-tick boom” nature of my personality decided that I was just being me, impassioned and occasionally over the top. Those who listened to my content, along with my passionate tone, understood that while my words might have been more carefully chosen, I was spot on.

All Republicans aren’t the devil, but all racists are. In the post-Reconstruction era, those racists were Democrats, as I correctly pointed out. They conspired with the Klan and with the Red Shirts (the Klan without hoods) to economically oppress black people, to deprive them of their property, of their “life, liberty and pursuit of happiness.” In Wilmington, North Carolina, Tulsa, Oklahoma, and dozens of other places, they terrorized black people through lynchings and violence because, in the words of an Oklahoma commission, “Too many N—-rs had too much money.” In other words, when black people even dared considered themselves on a level social, economic or political playing field as whites, they had to be beaten down.

Fast forward. So, Senate Majority leader Mitch McConnell (R-Ky.) does not “believe” in reparations because our nation “gave” us a black president. It is ironic that the man who opposed President Barack Obama at every turn and vowed to make him a one-term president, now sees him as a “gift” to Black America. Obama was no gift to black folk; he was a successful candidate who won a hard-fought race. Gift? People didn’t vote for him to offer the nation a gift, they voted for him because he was the superior candidate. To describe Obama as a “gift” is to diminish the entire electorate, and to trivialize the 44th president.

Our nation gave a gift to white Americans when they passed the GI Bill and excluded African Americans from much of its benefits. The Federal Housing Authority gifted white folks with redlining which suppressed black home values. Affirmative action was not a “gift” to black people since white women were its primary beneficiaries.

You wouldn’t know that if you don’t know the history. And most Americans don’t. So perhaps, it isn’t fair that white Americans are ignorant of history when they aren’t the only ones. Those who descend from immigrants don’t know of the land advantage they gained when the Homestead Act of 1862 distributed more than 10 percent of our nation’s land mass (some stolen from Native Americans) to whites, excluding the recently emancipated enslaved people. Most don’t know the extent of the devastation from Wilmington and Tulsa, among other places. Those who don’t know history look askance at reparations and suggest that people should just “get over” enslavement.

It would be outrageous, however, to ask Jewish people to “get over” the Holocaust or to ask Japanese people to “get over” their internment. Japanese Americans were paid reparations for their incarceration. It isn’t that complicated. You do the crime against humanity, you pay for it. Young black folk incarcerated, innocent or guilty, are told to “do the crime, serve the time.” Time for reparations. 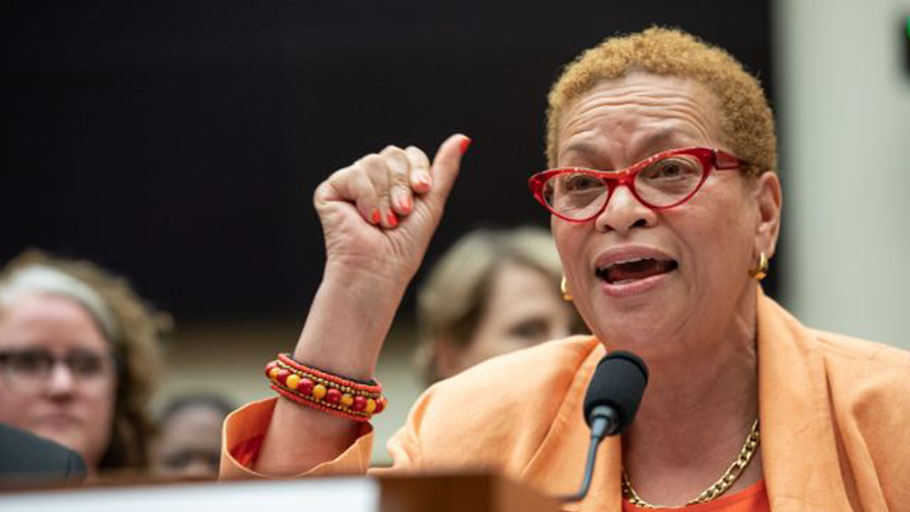 Dr. Julianne Malveaux testifies about reparations during a hearing before the House Judiciary Subcommittee on the Constitution, Civil Rights and Civil Liberties, in Washington, D.C. on June 19, 2019. Cheriss May/NurPhoto via Getty Images

I’ve testified before congressional committees before on wages, higher education and other topics. Never had I approached a hearing, however, with more apprehension. The importance of the issue weighed on me. The possibility of opposition weighed on me. The chance that there might be shenanigans weighed on me. I worked hard on my prepared testimony but worked equally hard to be ready to weigh in when questions were raised about the economic consequences of enslavement.

It was farcical that the Republicans on the committee only addressed their questions to the two Republican witnesses, student and writer Coleman Hughes and former NFL player Burgess Owens. It was as if they did not want to hear what experts, despite their opposing views, had to say. It was farcical that one Republican member of Congress spent his five minutes of inquiry time berating 19th century Democrats without owning the racism of 21st century Republicans. For some, this farce seemed like political theater. For those of us who were there to deal with the slave roots of the contemporary wealth gap, there was no farce in our game.

Some will cringe at the harsh language that describes partisans as “ignorant” and “devils.” But has there been anything more harsh in our nation’s history than enslavement? There could have been a reckoning when 40 acres and a mule were promised to the formerly enslaved. There could have been a reckoning when Reconstruction protected the enslaved from their former “masters,” which allowed them to cut the wealth gap in half. But there has never been a reckoning, only misperceptions and government reinforcement of white supremacy.

One of my Republican “friends” told me that I appeared angry as I testified, and she offered to pray for my anger. Anger is a sign that something is wrong, and there is very much wrong when one considers the economic status of African American people. I don’t need anyone to pray away my anger. I need our nation to do right by black people. The passage of H.R. 40 is one small step toward doing the right thing. To deny even the possibility of knowledge, through a commission that will study these matters, is ignorant. And racism is evil, the tool of the devil.

This article was originally published by The Observer on June 26, 2019