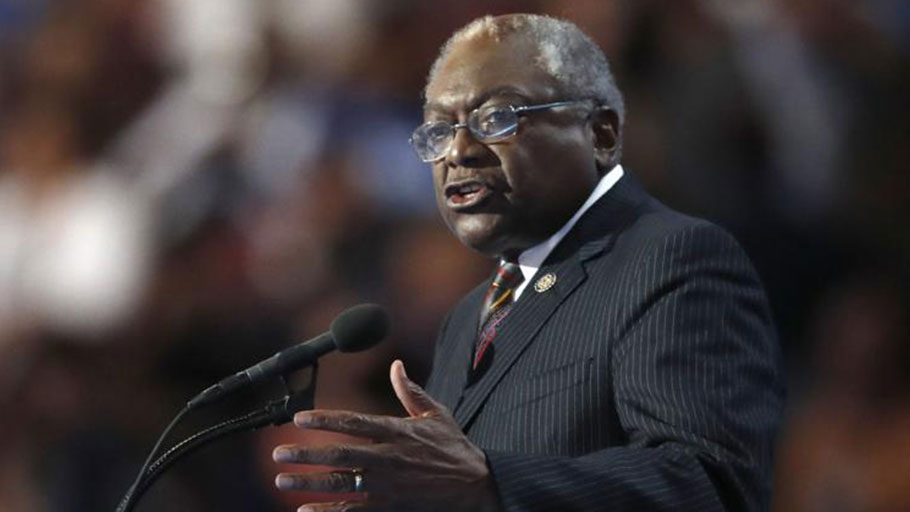 SUMMERVILLE — The highest ranking African-American member of Congress has major problems with two prominent ideas to address racial disparities in the economy: one that comes from his fellow Democrats and another championed by a Republican African-American senator from his home state.

In an interview, House Majority Whip Jim Clyburn teed off on both reparations and “opportunity zones,” complaining that the former is impractical and the latter is unhelpful.

“I think pure reparations would be impossible to implement,” said Clyburn, D-Columbia. “But we can deal with the issue (of racial inequality) if we just admit, first of all, that it exists and then come up with some straightforward ways to deal with it.”

Clyburn was more blunt about new “opportunity zones,” an initiative U.S. Sen. Tim Scott, R-S.C., pushed to include in the 2017 tax overhaul. It gives tax breaks to developers investing in low-income communities.

Clyburn’s comments on reparations come amid increasing debate among 2020 Democratic presidential candidates about the idea.

Some on the left have called for compensating the descendants of slaves for their families’ hardships, while others have proposed different racial reconciliation efforts.

The idea of reparations has been around for decades but rose in prominence recently after an acclaimed series in The Atlantic magazine by Ta-Nehisi Coates. Supporters argue it’s a direct way to begin remedying the ongoing racial wealth gap due to slavery and later decades of institutional racism.

But the opposition from Clyburn, the third-ranking House Democrat who has represented a majority-minority district in South Carolina since 1993, could lend additional credibility to those who believe there are more manageable or politically palatable ways to tackle the issue.

Clyburn said he fears reparations would lead to contested debates about who would be eligible due to the sprawling family trees that have evolved in the generations since slavery was abolished.

Even some white people who have never personally felt the effects of racial discrimination could end up making claims that they have family connections to former slaves, Clyburn said, pointing to some of his own acquaintances in Charleston who he said would fall under that category.

Instead, Clyburn said he liked a recent comment by U.S. Sen. Bernie Sanders, the Vermont independent who recently launched his second campaign for the Democratic presidential nomination.

Sanders said in a CNN town hall last week that he would push to increase the usage of Clyburn’s “10-20-30” policy.

That formula, which has already been inserted in some federal policies, calls for directing 10 percent of government funds to counties where 20 percent or more of the population has lived below the poverty line for the past 30 years.

“To me, that’s a much better way to deal with what reparations is supposed to be about,” Clyburn said.

Clyburn said he has been working with U.S. Sen. Cory Booker, a New Jersey Democrat who is also running for president, to narrow the formula down to census tracts, rather than just counties, which he hopes would even more directly target struggling communities.

Clyburn remains by far the most influential Democrat in the crucial early presidential primary state of South Carolina, where candidates are eagerly courting his help and — ultimately — his endorsement.

South Carolina, the first state to secede from the Union in 1860, had a higher proportion of slaves in its population than any other state at the outset of the Civil War, and it has grappled with extreme effects of Jim Crow discrimination in the ensuing decades.

Clyburn is not the first nationally prominent black politician to come out against reparations.

Former President Barack Obama said in a 2016 interview with Coates that he believed reparations would struggle to garner sufficient political support.

“I have much more confidence in my ability, or any president or any leader’s ability, to mobilize the American people around a multiyear, multibillion-dollar investment to help every child in poverty in this country than I am in being able to mobilize the country around providing a benefit specific to African-Americans as a consequence of slavery and Jim Crow,” Obama said.

“With smart people in the room, you can craft a resolution to this very complex issue that doesn’t necessarily distribute checks to individual families but provides economic resources to address institutional racism and systematic oppression of the African-American community,” Kimpson said.

Clyburn has expressed some doubts about opportunity zones before and has consistently touted his 10-20-30 policy as a more direct way to assist “persistent poverty” communities.

But his latest comments reflect an even more dismissive attitude about the Opportunity Zones program in the months since it took effect.

Clyburn’s comment comes after Scott recently traveled to a northeast Columbia church in Clyburn’s district with Vice President Mike Pence to highlight the role opportunity zone incentives are playing at a redeveloped strip mall there.

“It’s tax credits for a bunch of investors, that’s all it is,” Clyburn said. “Not one dime is put into those communities.”

Instead of giving tax breaks to businesses, Clyburn argued businesses are more likely to come to impoverished communities if government pays to fund infrastructure there. He cited the role of Berkeley County’s water system in luring a Volvo plant over Georgia in 2015.

The biggest problem Clyburn had with opportunity zones is that the census tracts are selected by governors from lists provided by local officials. Clyburn said that could open it up to political influence. Gov. Henry McMaster submitted 135 census tracts in South Carolina for opportunity zone consideration.

Despite their disagreements, Clyburn said he has a “pleasant” relationship with Scott and has not raised his concerns directly with Scott but did share them with former GOP House Speaker Paul Ryan.

While Scott agreed with Clyburn that they have a good relationship, he said they “cannot be further apart on the positive impact Opportunity Zones are having.”

He pointed to comments by other Democrats, including Columbia Mayor Steve Benjamin, who called the program “a true once-in-a-generation chance to reconnect communities with capital investment.” Booker and several other Senate Democrats also support the initiative.

“Opportunity Zones are working across the country,” Scott said, “and I invite Rep. Clyburn to visit and see some of the successes.”