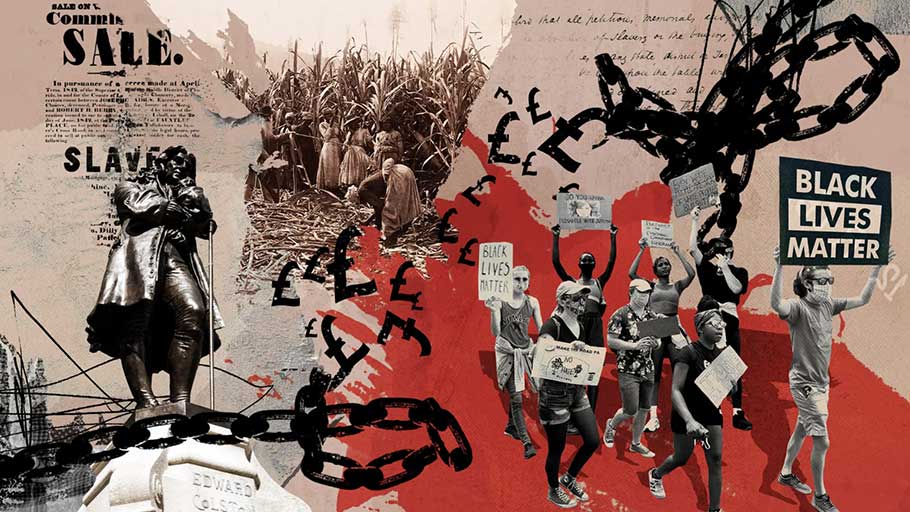 You Are Here: Home » Blog » Reparations » The case for British slavery reparations can no longer be brushed aside

There is now a global debate focused on all those nations who built their wealth by denying black people humanity.

By Afua Hirsch, The Guardian —

I once asked a British cabinet minister why the country had never apologised for the transatlantic slave trade. After all, this nation trafficked more enslaved Africans than almost any other – at least 3 million on British ships – yet it has only ever expressed “regret”. It’s a strange choice of words for playing a leading role in the greatest atrocity in human history.

The minister explained to me that the UK cannot apologise, because the case against it – watertight in moral and ethical terms – might then become legal too. In short, Britain won’t use the language of apology, out of fear this might pave the way for reparations.

That admission made me sit up and take notice. Because, passionate as I have always been about racial justice, I’m also not immune from the perception of reparations as – in the words of American writer Isabel Wilkerson – especially “radioactive”.

Yet I’m now seeing with increasing clarity how this perception only serves to reinforce systems of race and power. The debate about reparations has, conveniently, been branded extreme and unrealistic by those who don’t want to pay them. We happily listen to the heir to the throne – who on Windrush Day said Britain owed a “debt of gratitude” to the people of the Caribbean – while ignoring the reality that what Britain owes is, in fact, a straight-up financial debt.

The case is unequivocal. The African American intellectual WEB Du Bois was right when he described the enslavement of at least 12 million Africans as “the sum of all villainies, the cause of all sorrow, the root of all prejudice”. In the Caribbean, Britain received, in the words of Nobel prize-winning economist Arthur Lewis, 200 years of free labour – from over 15 million black people, and those who were indentured from India.

The proceeds from this enslavement, and the heavily exploitative years of “apprenticed” labour that followed it, provided the profits with which Britain modernised its economy. The systemic poverty that remains in the Caribbean can be directly traced to the era of enslavement and colonialism, at the end of which Britain walked away leaving 60% of the region’s black inhabitants functionally illiterate.

The conditions in the Caribbean were so bad that, during the second world war, Britain tried to prevent deployment of African Americans on military bases in the islands. Whitehall feared the sight of better-off black Americans might wake its colonial subjects out of the ignorance of their condition on which British exploitation depended.

The Caribbean’s “pandemic of chronic diseases” – as historian Hilary Beckles, vice-chancellor of the University of the West Indies, has termed it – can be directly traced to British slavery and colonial practice. It is now a global hypertension hotspot. The high diabetes rate has left two of Britain’s former colonies, Barbados and Jamaica, vying for the dubious honour of being the per capita amputation capital of the world. “For 300 years the people of this region were forced to consume a diet based on what we produced, sugar,” Beckles explains.

Beckles was speaking this week as the Caribbean Community (Caricom) demanded reparations for Native genocide and African enslavement from 10 European nations, including the UK. It’s not a fringe set of demands but the formal position of Britain’s former colonies in the region, now its Commonwealth “friends”, including Jamaica, Guyana and Barbados – whose prime minister, Mia Mottley, is a committed advocate of reparations.

These demands are not about money per se. To borrow the language of postwar Jewish reparatory justice claims, which rightly run into the billions, it’s about the “mass murder, the human suffering, the annihilation of spiritual, intellectual, and creative forces, which are without parallel in the history of mankind”.

In fact, reparations speak a language of apology that western nations should understand. They have been profoundly comfortable receiving them.

In the US, the Confederates who lost the civil war received compensation for the loss of their property. France had no issue extorting huge sums from Haiti for generations, as reparations for that nation’s audacity in overthrowing slavery in 1804. This arrangement, euphemistically designed to “indemnify” French colonialists, persisted until 1947.

A common complaint about reparations is the alleged unfairness of burdening today’s generation with debt arising from their ancestors’ wrongs. Yet where is the outrage that my generation contributed towards the more than £300bn in today’s money notoriously paid to Britain’s slave owners for the loss of their human “property”? Their compensation under the Slavery Abolition Act – comprising an astounding 40% of the national budget at the time – was so large that it wasn’t paid off until 2015.

The pattern is clear. Reparations have been paid to those who profited from African enslavement, rather than those who were enslaved.

As the historian Ana Lucia Araujo has written, to this day no former slave society in the Americas, no former slaves or their descendants, and no African nation, has ever obtained any form of reparations for the Atlantic slave trade.

Some would argue that, with the slavery era having ended so long ago, it’s now too late. But this is a piece of circularity par excellence. During the time of enslavement, and unceasingly since the 18th century, black people have stated the case in petitions, correspondences, pamphlets, public speeches, slave narratives and judicial claims – advocating in English, French, Spanish and Portuguese.

As the French colonial writer Prince Marc Kojo Tovalou Houénou wrote of Benin, black people “cry ‘Reparations!’ without ceasing”. That this cry was deliberately ignored for so long in the past cannot logically form the basis of a denial in the present.

The language of reparations continually evolves. Recently, it has taken the form of Beyoncé’s Black Parade (“Need peace and reparation for my people”); Belgians’ resurgent condemnation of the brutalisation, rape, exploitation and deaths of 5 million Congolese during colonial rule; and Ta-Nehisi Coates’ powerful testimony before the US House of Representatives that, if the US wants to say D-day matters, then so does the 1921 “Black Wall Street” race massacre. Human Rights Watch has launched a formal investigation into that atrocity, which saw an organised white mob, armed by city officials, destroy a successful black economic hub in Tulsa, Oklahoma, killing hundreds.

The case for reparations is becoming a global conversation to which every nation that systematically enriched itself by stealing black people’s very humanity – not to mention unquantifiable torture and cultural destruction – now finds itself exposed.

Instead of going away, these reparatory justice movements will continue to reinforce each other across the black diaspora. As Beckles puts it, there’s no carpet in the world with enough space under it for this legacy to be swept away.

This article was originally published by The Guardian. Illustration by Eleanor Shakespeare