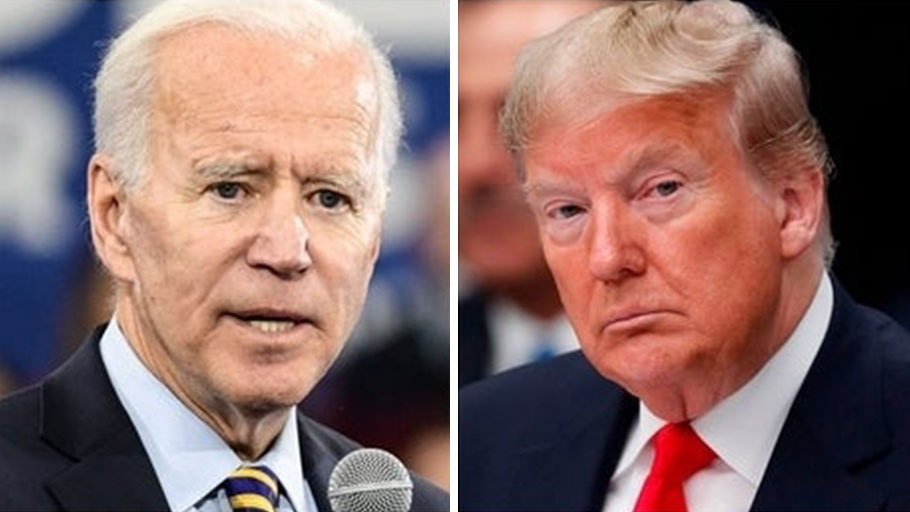 The US Presidential Race, Black Leaders, and Reparations

You Are Here: Home » Blog » Reparations » The US Presidential Race, Black Leaders, and Reparations

At an US Congressional hearing on reparations in Washington D.C this past summer, internationally famous Black author Ta-Nehisi Coats told lawmakers that reparations was a “dilemma of inheritance”. Coates told Congressional leaders that many of the inequities created by American slavery and segregation persist today, including in the form of economic disparities. The highly acclaimed writer said, “the wealth of the typical Black family has 1/10 of the wealth of a typical white family.” Coates’s is respected for his arguments on reparations. In 2014, he published his widely-read commentary called, the Case for Reparations, in the Atlantic(https://amp.theatlantic.com/amp/article/361631/) United States slavery legally forced Black people into racial servitude for 250 years.

It accumulating billions of dollars in wealth for America and White people, American segregation lasted from 1896 to 1966 separating Black people from White people for 100 years. Both American slavery and segregation were based upon White supremacist fictitious ideological notions that Black people, Afrikan culture, and Afrikan History were inferior to White people. In America, and in Europe, Whites would justify the enslavement and racial domination of Black people in every aspect life in the United States and in the world. With all that history being said, unfortunately, today’s US political leadership; but in particular, Black leaders, ignored his eloquent pleas for the United States of America to presently come to grips with her past injustices to Black people to remedy centuries of racial and class oppression within the Black community.

Unfortunately, today’s Black leaders have done nothing to force US political leaders to provide the resources needed to improve the conditions of the masses of Black people in 2019. It is now 2020. The American Presidential election is taking place in the land. Consequently, it will be business as usual. Presidential candidate Joe Biden and the Democratic establishment will continue dissing Black people. President Donald Trump and the Republican establishment will continue dissing Black people. But Black leaders will convince the masses of Black people to vote for either the Democratic Candidate Biden or for the incumbent President Donald Trump. We will then give our vote to Biden, or to Trump, without a commitment from both Biden, and Trump, to address a Black agenda for reparations.

Biden said, “if elected, the first item on my list of things to do as President will be LBGTQ issues.” At the time of this statement, Biden was losing in the polls to US Presidential candidate Bernie Sanders. But because the Black vote was being manipulated by Black leadership in the South, and around the United States, Black people gave our vote to Biden. Ultimately, Biden will become the Democratic leader in the race for the White House.

It was the Black vote. But Black leaders have not harnessed the power of the Black vote to force the Democrats, nor the Republicans, to find solutions to the problems uniquely affecting Black people, such as unemployment, underemployment, poverty, high incarceration, police violence, community violence, the lack of Black business ownership, the lack of owning real estate, the lack of Black private schools, Black self-determination, and racism. Problems that stem from hundreds of years of American slavery (Maafa is a Kiswahili for the forced migration of Black people from Afrika to the world) and legalized segregation.

History teaches us that oppressed groups, such as Black people, can force elected officials to address issues unique to that group. For example, Black leadership in the 1950s and 1960s, were able to force US political leaders to pass civil rights legislation to protect Black freedoms ignored by the American constitution. The Black civil rights movement inspired other oppressed groups such as, Latinos, women, and the Gay community to fight for the protection of their freedoms. However, if you have bad leadership in place, the oppressed group, such as Black people, will never get issues addressed. This is being allowed to happen today. Because Black America has such poor leadership, our unique issues continue to go unaddressed!!!

White supremacy and the system of racism in America has created generations of cultural, social, and economic wealth disparities. These disparities have made Black people in America a permanent underclass. Therefore, we as Blacks are the second most exploited group of people in this United States behind Native Americans. Although we as Black people have some success stories in America despite White domination (i.e. Lebron James, Russel Wilson, Sean ‘Puffy’ Combs, Jay Z , Beyoncé, Kanye West, Rihanna, Oprah Winfrey, Barack Obama, Cory Booker, Kamala Harris, Robert Smith, Dr. Ben Carson, etc) the masses of our people are still suffering under generations of wealth disparities. I am in my fifties now. I will not mince words anymore when it comes to our condition. In the millennium, Black people are in bad shape.

In conclusion, America has created a great illusion that we as Black people live in a “post-racial society” and that the prosperous success of some Black people in America means we all have made it in America. However, this is far from reality. On April 12, 1964 Malcolm X gave one of his famous speeches called, “The Ballot or the Bullet”. He said it’s either freedom for everybody or freedom for nobody.” This fake notion of Black progress subscribes to what Karl Marx called in his book, The Communist Manifesto, “a false consciousness.”

Many Black people live below the poverty line. Nicole Hannah-Jones, the respected New York Times domestic reporter created the 1619 Project. She started her 1619 project in commemoration of the 400 years of Black presence in America. She completed the project in the summer of 2019. With calls from all over the country for her to speak, Nicole Hannah-Jones started her American tour on her project in the fall of 2019.

The purpose of her New Times 1619 Project tour was to force a discussion on the real facts about Black people’s enslavement in America, our struggle to hold on to cultural traditions from Afrika despite White people forcing Europeans’s cultural supremacy in our daily lives, our fight to create new Afrikan cultural traditions from American enslavement, our social justice struggles to make America live up to its democratic ideals, and our contributions to United States History.

Her first stop was Weequachic High School in Newark, NJ to speak to students, teachers, administrators, and the community about the importance of the 1619 Project. What she said at Weequachic challenges Black leaders, and leadership in America, to give justice to Black people. Nicole Hannah-Jones said at the school, “it is time for us to stop hiding from our sins and confront the truth.”

Unfortunately, our Black leaders, and leadership in America are failing us!!!!! Sadly, many people in America, particularly Black leaders, are choosing to ignore the facts on Black oppression. They do not see the need to fight for a Black agenda on reparations for the masses Black people. They seem to be blinded by their own personal political agenda fight for a position within the Democratic Party, or the Republican Party, or completely assimilating within mainstream America. Those Black leaders can not see and / or fail to understand that reparations is the pendulum shift to help us free ourselves from a permanent life of racial and class oppression in America.

This article was originally published by Patch.

Note: Spelling Afrika with a k is not a typo. Using the k in Afrika is the Kiswahili way of writing Africa. Kiswahili is a Pan -Afrikan language. It is spoken in many countries in Afrika. Kiswahili is the language used in Kwanzaa. The holiday of Kwanzaa is celebrated from December 26 to January 1.